A new ad campaign on Toronto bus shelters confronts anti-black racism head-on with a series of posters that challenge viewers to question their potential racial bias. Part of a campaign commissioned by the Ontario Council of Agencies Serving Immigrants (OCASI) and the City of Toronto carried out by the firm Public Inc. the series is titled Toronto for All.

Some of the most striking posters feature black and white faces and are accompanied by a pointed directive like "Quick, hire one" or "Quick, rent to one" under which reads the tag "Anti-black racism happens here. Let's confront it." Others share prejudicial experiences that paint a picture of discrimination in Toronto. There are six posters in all, which have been installed around the city. 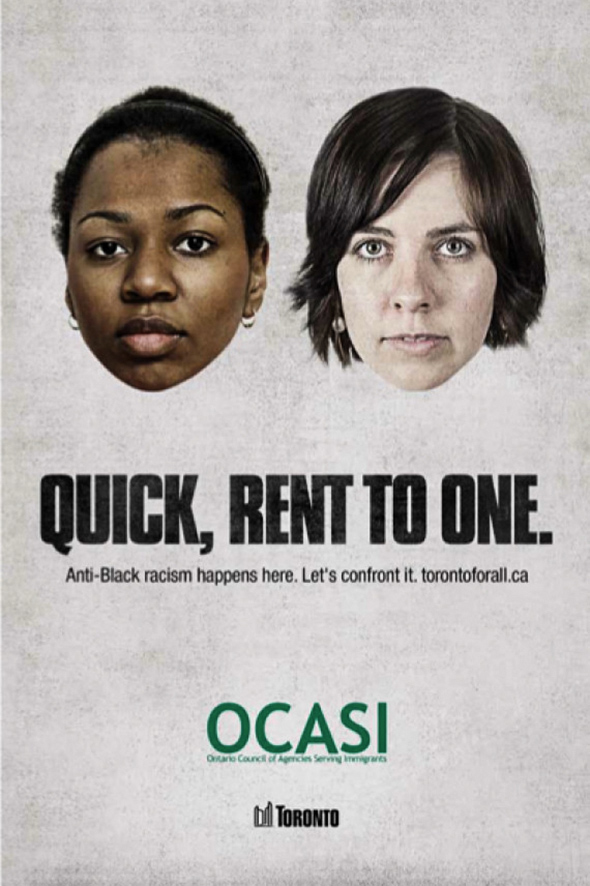 It's a simple but powerful campaign that's sure to produce a reaction from those who encounter it, be that defensiveness or (hopefully) self-reflection. OCASI's last ad campaign, which targeted anti-Muslim prejudice in Toronto, was subject to controversy when some argued that it was unfair to characterize Toronto (and the country at large) as an intolerant place. 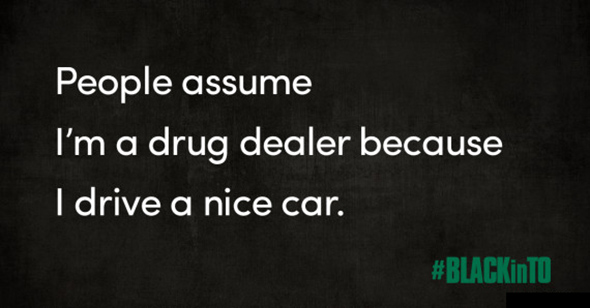 This type of reaction is, of course, precisely what the campaign set out to elicit, and what those behind the new campaign surely hope will happen in turn. The polarizing nature of the ads is ultimately designed to foster discussion. 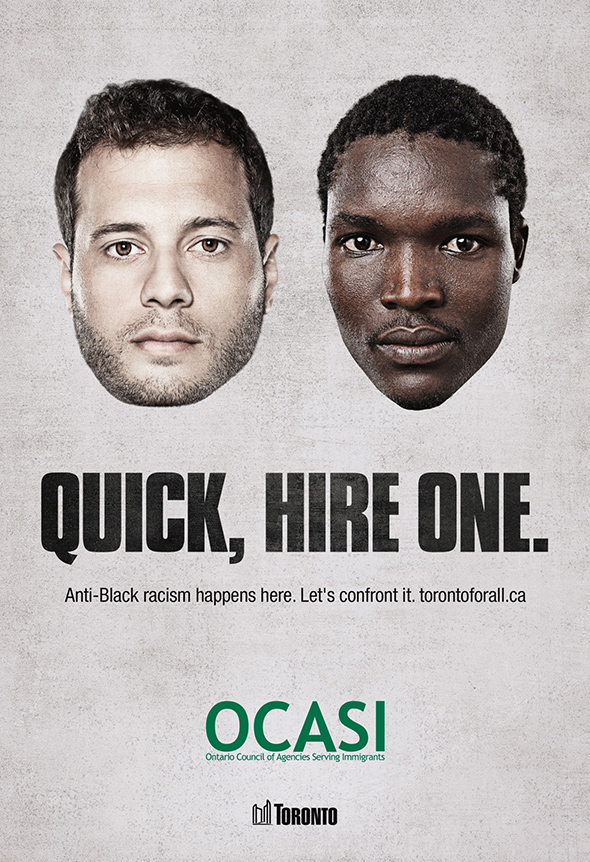 What do you think of the ad campaign? Let us know in the comments.