Have Toronto condo developments gone completely berserk? Well, how about this for a test. Someone put up a development application sign at Old City Hall on Friday proposing that a 90 storey tower be built on top of the historical building, which itself would be stripped to its facade and converted into a parking structure.

Plenty of people fell for the prank when they first encountered the sign, especially as it started to make the rounds on social media. Part of the reason for this is that the production of the sign looks convincing (notwithstanding the wood poles and the dated colour scheme. 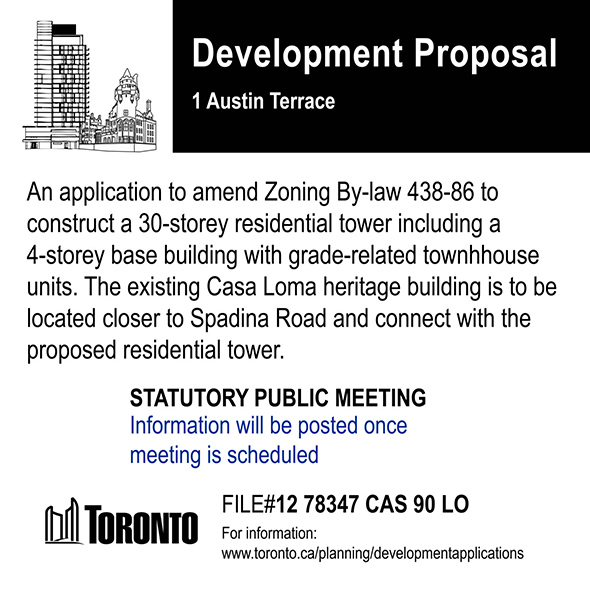 The other reason, however, is that the real applications we're seeing these days have become so wildly outlandish. It wasn't so long ago, after all, that a massive residential tower was proposed just to the east above the F.W. Woolworth Building at Queen and Yonge.

Aside from the minor giveaways, there was a significant hint as the facetiousness of the application: the Tumblr link at the bottom of the sign. This would normally send people to the city planning website, but instead leads the curious follower to a treasure trove of other prank development applications. 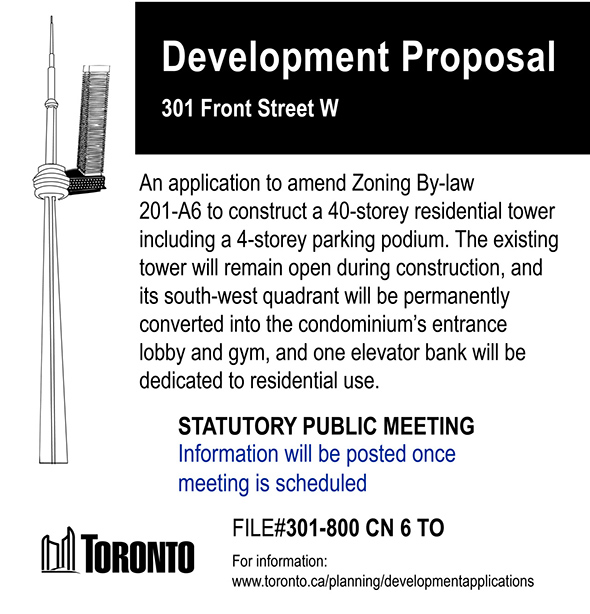 They range from Casa Loma to OCAD to the CN Tower -- in other words Toronto's most sacred buildings. Another proposes to build a whole new condo atop of 1 Bloor East, the nearly complete development that already soars to 65 storeys. The whole lot of them offer some much appreciated levity in the midst of a development world gone mad.

Below are a few samples of this condo intervention project. Check them all out on Tumblr. 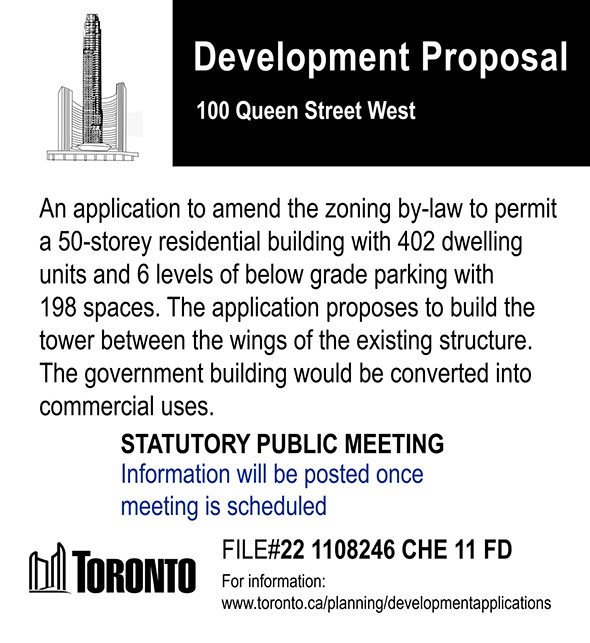 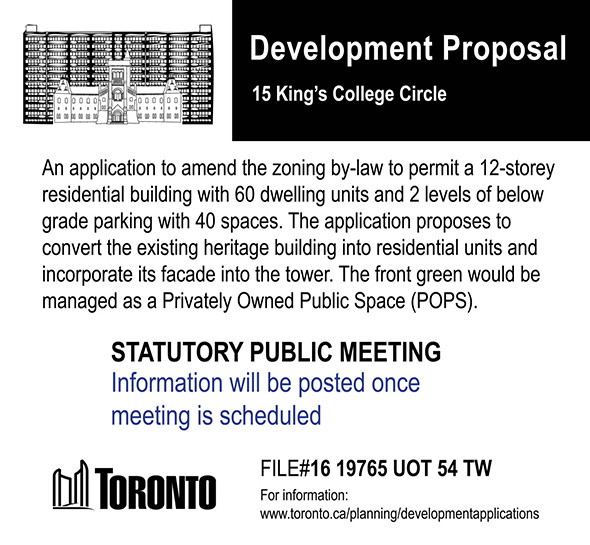 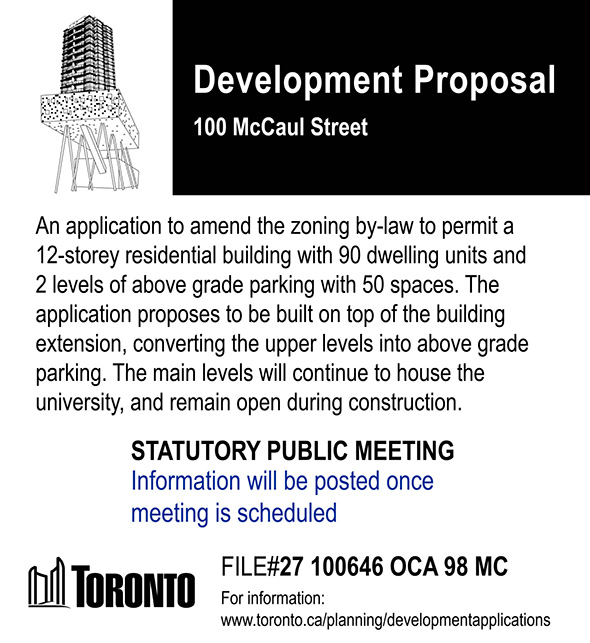 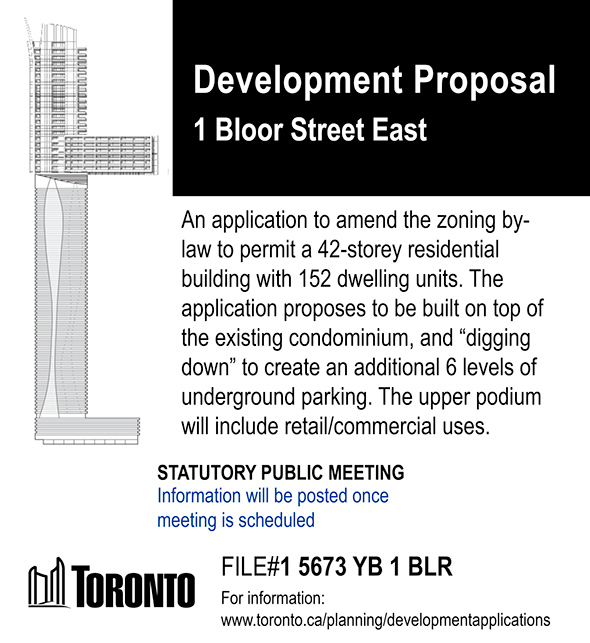 Let us know which ones are your favourites in the comments.