It's often said that Toronto is a city that has a troubling relationship with its history. Even as heritage preservation efforts have become far more powerful over the last decade, the argument goes that so much here is glossy and new, lacking the character that a streetscape possess when its been worn by time. 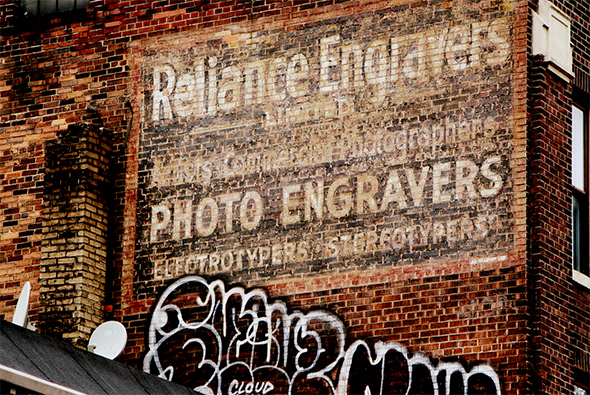 There's a bit of truth to this when Toronto is compared to much older cities, but much of one's experience of a city is determined by the way that he or she looks at it. There's a technique to urban living. Put differently, this city's ample history is readily on display for those who pay attention. 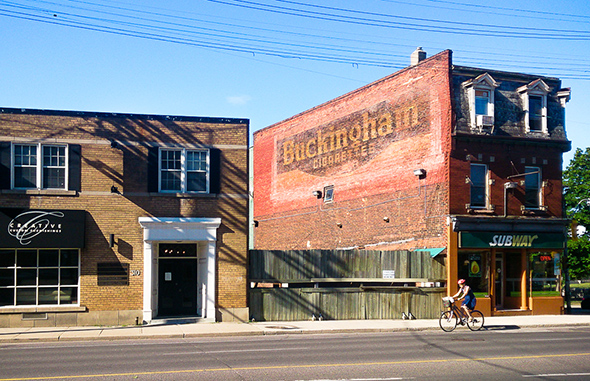 Old Buckingham Cigarettes at at Davenport and Bedford. Photo by Ryan.

This point is perhaps best captured by the ghost sign. This early form of advertising made use of the side of buildings to paint identifying labels and other marketing slogans, a practice that was immensely popular up until the 1940s and '50s when modern billboards, which were easier to change regularly, took over.

Toronto is still covered in these early ads. Faded and often found on the walls that are just out of view from main streets, there's a whole inventory of crumbling Coca Cola signs, mighty cigarette labels, and various industrial logos. To notice our ghost signs is to step back to the early part of the 20th century and live there for a while. 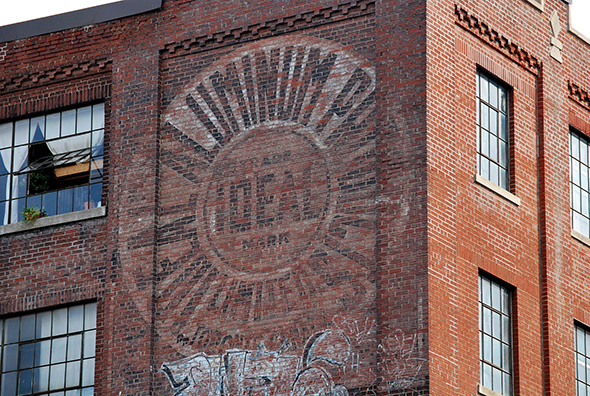 The remains of an old ad on the Dundas West Arts Building. Photo by 416dogluvr.

The past of the city hasn't been eradicated. Far from it. Even as it slowly fades from view, it's pieces are available to be seen, from which we can imagine the whole coal-fired vision of a Toronto full of warehouse-style buildings populated with workers and covered in painted advertisements for machinery, motor oil, and beef bouillon. 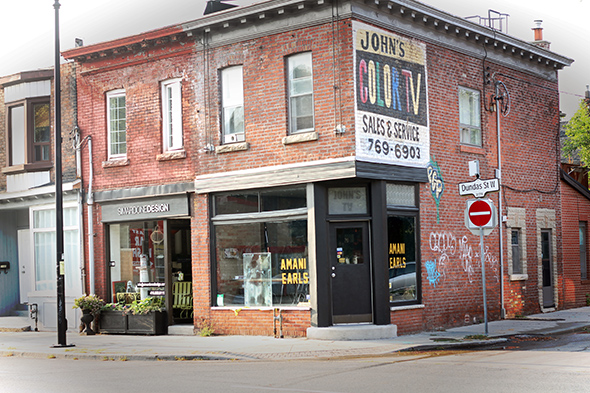 This was a place that was more cluttered and less sanitized. Battles were waged on brick walls for advertising space. The pedestrian of the early 20th century was surrounded by letters, while today we encounter a seemingly endless stream of images. Somehow the untidiness of it all confers a tremendous vibrancy. 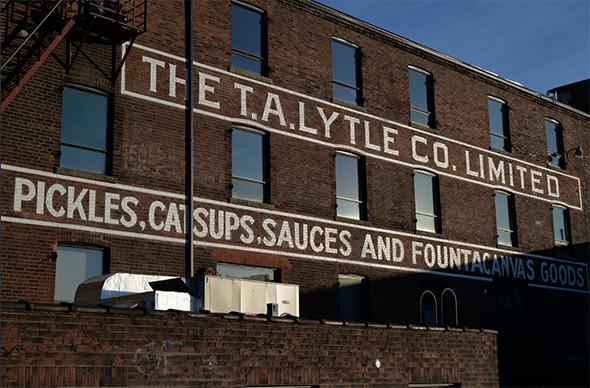 The Pickle and Tarp Factory. Photo by Stephanie Fysh.

When I spot a ghost sign that I haven't seen before, I'll sometimes squint until my eyes can only discern the letters before me and the shapes of the streetscape that surround them. After a moment, a previous version of Toronto writes itself across my mind, and I can see the skeleton that supports the city of today. 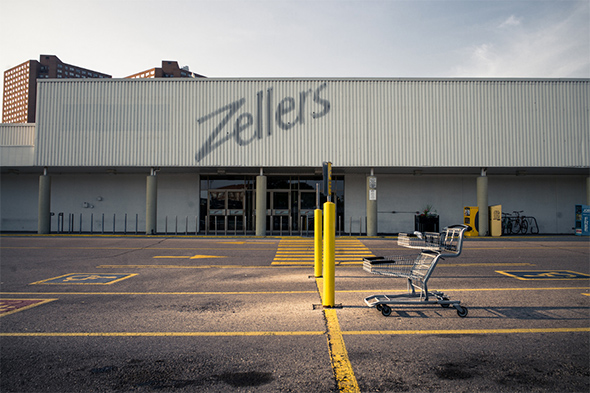 A newer version of the ghost sign at Dundas and Bloor. Photo by Jonathan Castellino.