What kind of house does $1 million get you in Toronto?

The $1 million house in Toronto, perhaps more than any other, underscores just how crucial neighbourhood and location are to real estate values. It's common sense, of course, but when you compare and contrast homes across the city, this obvious observation becomes intriguing. And that's not to mention just how far this benchmark amount goes compared to just three or four years ago.

Here's what a $1 million house looks like in Toronto.

$1.1 million near Queen and Brock
This detached home in Parkdale has a lot going for it. Recent renos have bestowed a lovely kitchen upon the place, there's a finished basement that increases usable floor space, and the possibility of creating a rental unit. There is, however, very little outdoor space and the bedrooms are tiny. Imagine what this house was worth in 1996 (or don't -- it's scary). 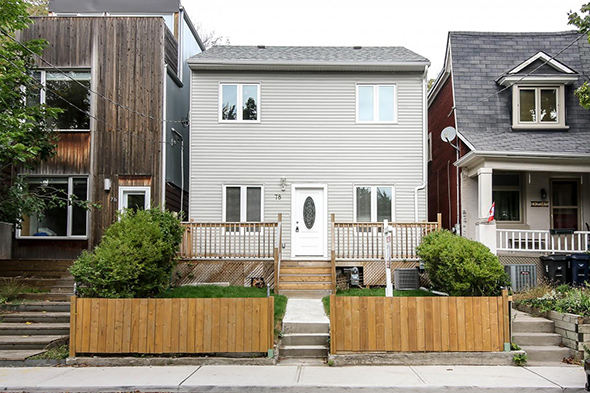 $986,000 in the Pocket
The exterior of this house could make it the poster child for a Toronto real estate market that's spun out of control? How could that be worth a million, you can hear some ask with incredulity. Once you get past the facade, however, this house isn't so bad. The interior has been recently updated, and while the design is rather plain, it's also pleasant. 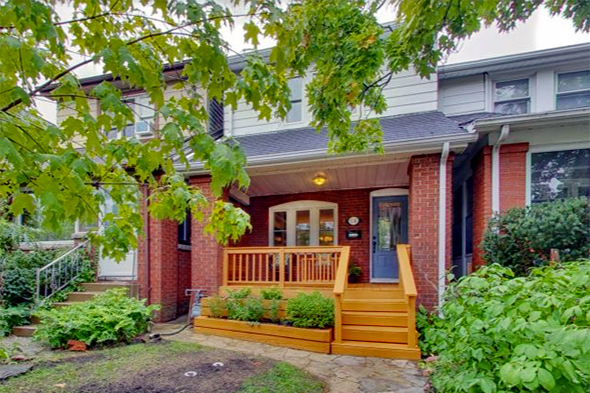 $989,000 in Swansea
Here's an example of how much house you get when you move away from the core and sacrifice on Walk Score. This three bedroom home in Swansea has a modern interior and kitchen, lovely backyard deck, and is near High Park. One notable drawback is the single washroom. 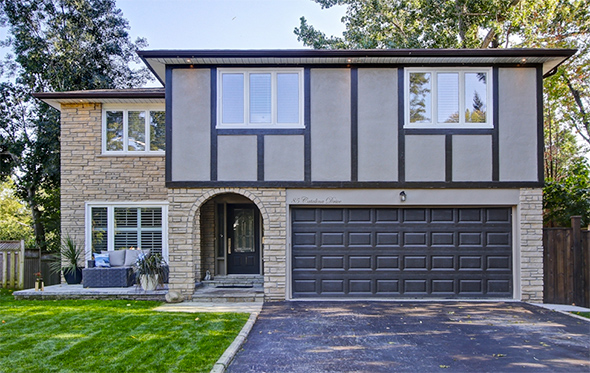 $998,000 in Scarborough's Guildwood neighbourhood
The 1950s urban dream is still alive in Toronto if you head far east into Scarborough. This is about as big a house as you're going to get for a million in Toronto with five bedrooms and three bathrooms. There's even a pool! The two-car garage is reminder of how you'll need to get around if you live here, though. 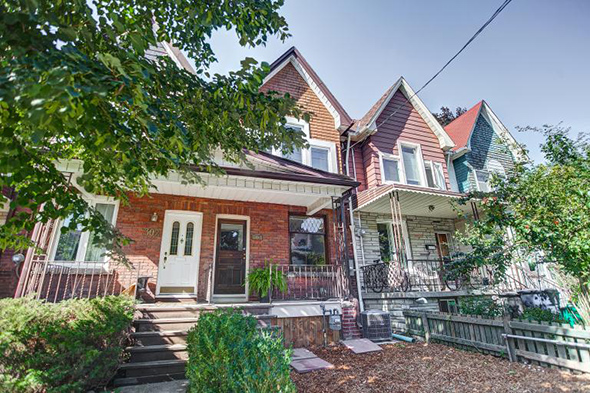 $1,049,000 near Bloor and Ossignton
This Bloorcourt home is a good representation of what the housing market is like in Toronto for properties near to the subway and amenity-rich neighbourhoods. Set-up as two apartments right now, there are actually four total bedrooms to work with, but not a ton of extra space beyond that. It would be a great way to pay off a mortgage by renting one of the units out.

Would you buy any of these houses if you were in the market? Let us know in the comments.