What a $1500 apartment is like in Toronto vs other cities

$1,500 gets you a decent apartment in Toronto. With that much to spend, prospective renters can expect to find one bedroom units in many of the city's desirable neighbourhoods. There are still bachelors and basement units priced at this amount, but with careful searching, both of these scenarios can be avoided.

But how far does this same amount go in other rental markets? In some cities $1,500 in monthly rent will buy you a palace, while in others you better not expect much more than a shoebox. Compared to other North American cities, Toronto's rent rates don't seem outrageous, but they are what you might expect from a cosmopolitan city.

Here's what a $1500 apartment is like in Toronto vs. other cities.

$1475 in Liberty Village
One of the most common Toronto rental offerings in this price range is the one-bedroom condo, which you'll find located in many desirable downtown neighbourhoods. Typically in good condition and appointed with features like stainless steel appliances, these apartments are nice but small. 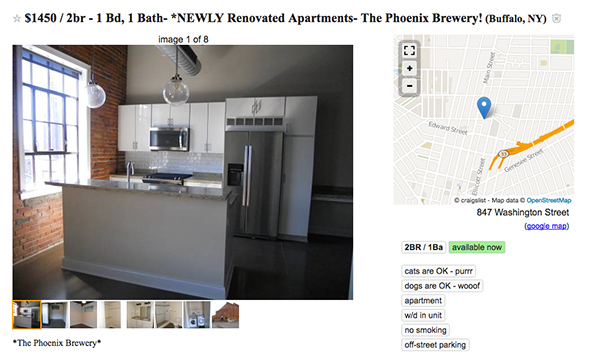 $1450 near Elicott St. in Buffalo
Bearing in mind that the exchange rate hasn't been factored in here, your money still goes a long, long way in the slowly resurgent Buffalo. One of the great boons for renters in this price range is the number of old warehouse buildings that have been converted to loft spaces. Expect two bedrooms and exposed brick for a grand and a half a month. 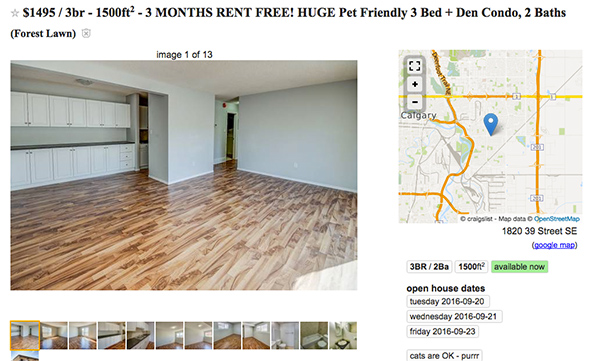 $1495 in Calgary's Forest Lawn neighbourhood
Located outside of Calgary's central core, this three bedroom monster of an apartment underscores just how different the rental market is here compared to Toronto. With 1,500 square feet of space, laminate floors, a brand new kitchen, and a patio space, this apartment could cost twice as much if it was in one of Toronto's central neighbourhoods. 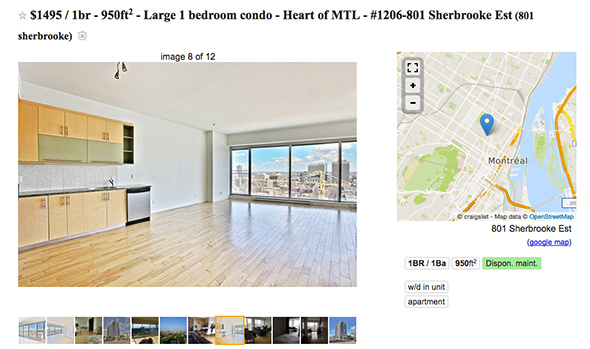 $1495 near Parc La Fountain in Montreal
This listing lives up to Montreal's reputation for having some of the cheapest rent of major cities in North America. At over 900 square feet and only one bedroom, the living space is as huge as the view is nice. What you'll also find plenty of in Montreal for this price is spacious two and three bedroom units in low rise rental buildings. 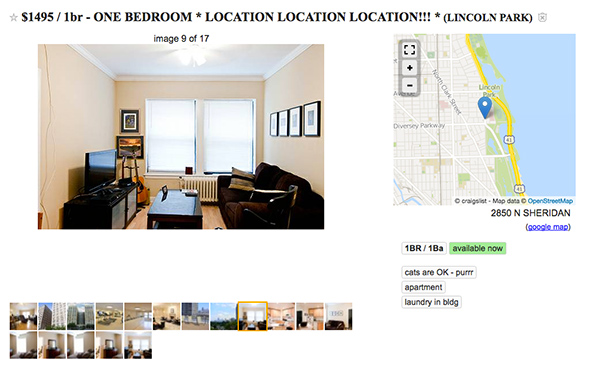 $1,495 near Lincoln Park in Chicago
It's probably not a huge surprise that a $1500 apartment in Chicago looks similar enough to one in Toronto. The main difference is that Toronto has more units available in recently built downtown condos than Chicago does. Here you have an excellent location and building amenities, but not a ton of space to work with. 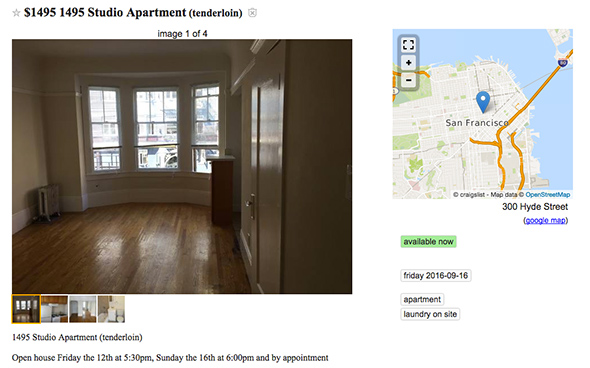 $1,495 in downtown San Francisco
San Francisco has a fierce rental market, as demonstrated by this nearly $1500 a month studio rental. There's nothing wrong with the unit aside from it's size. But if you want to live in such a desirable spot, you're going to have to make some sacrifices - well, that or pay up on rent. 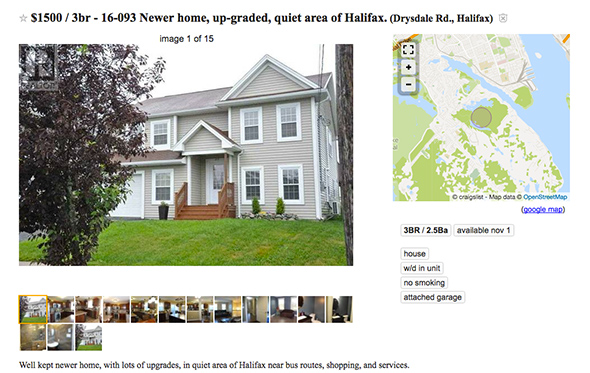 $1,500 in Halifax
You won't find an abundance of apartment rentals for $1,500 and above in Halifax, which makes sense based on how far your buck will go in the city's rental market. Here you can rent yourself a perfectly charming and modern three bedroom house for that money. It's not right downtown, of course, but the neighbourhood is still solid. 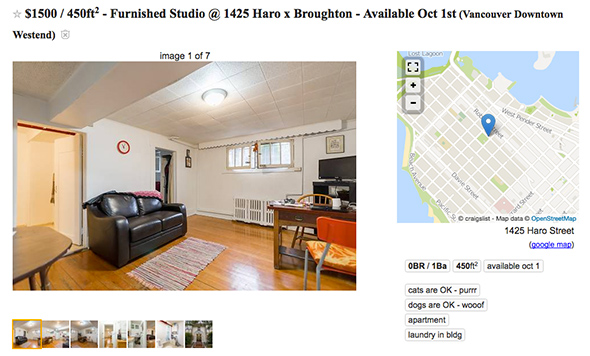 $1,500 in downtown Vancouver
Oh, boy. It's a tough world for renters in Vancouver. This basement studio doesn't even have a stove, much less a proper kitchen. It's hard to find much to highlight here by way of positives aside from the area. 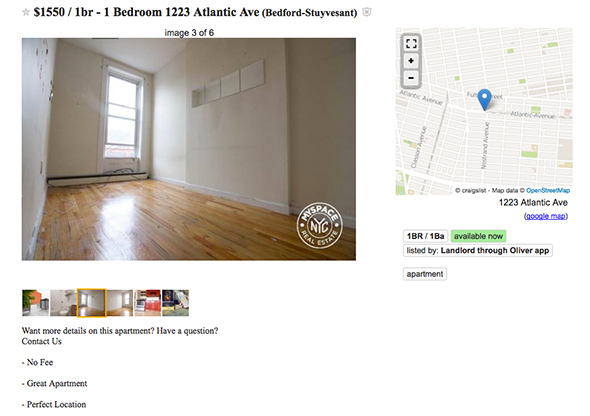 $1550 in Brooklyn
Don't even bother looking for an apartment in Manhattan for $1,500. That'll get you a room in a shared space at best. In fact, even in Brooklyn you're not going to get a whole lot at this price point. This unit says it's a one bedroom, but it's actually just a tiny bachelor. One nice touch is that it has an accessible rooftop to hang out on.

How does your apartment stack up? Let us know in the comments.