10 magnificent buildings built in Toronto in the 1980s

The 1980s were an up and down decade for Toronto architecture. The rise of the modern Financial District that started in the late 1960s continued with major additions like Scotia Plaza and BCE Place, and the city was bestowed one if its great icons in the form of the SkyDome — now the Rogers Centre, but beyond these highlights, it was a transitional period for local architecture.

Here are my picks for the top Toronto buildings from the 1980s.

Is it me, or is Roy Thomson Hall one of Toronto's most overlooked buildings. The circular concert hall designed by Arthur Erickson with Mathers and Haldenby is instantly recognizable and helped to establish this section of King West as the Entertainment District.

The building's acoustics were upgraded in the early 2000s, but it's always featured a stunning interior from an aesthetic standpoint. 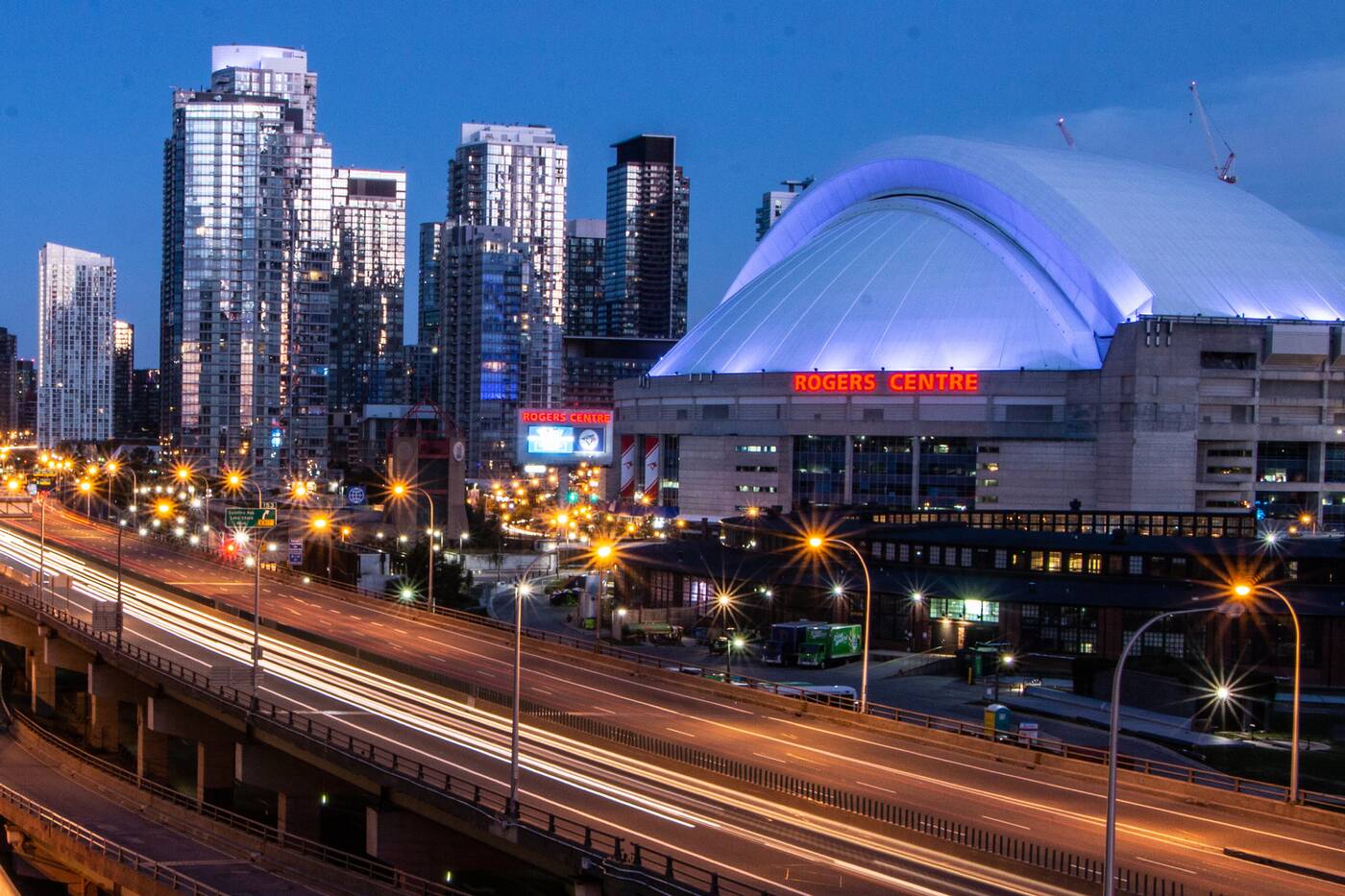 The most enduring bit of architecture from the 1980s came at the very end of the decade when Rod Robbie's state of the art sports stadium dazzled a city accustomed to aged venues like Maple Leaf Gardens and Exhibition Stadium.

The stadium, originally called the SkyDome, seemed to fall out of favour through the 2000s, but as the Jays fortunes turned, so too did our admiration for their home. 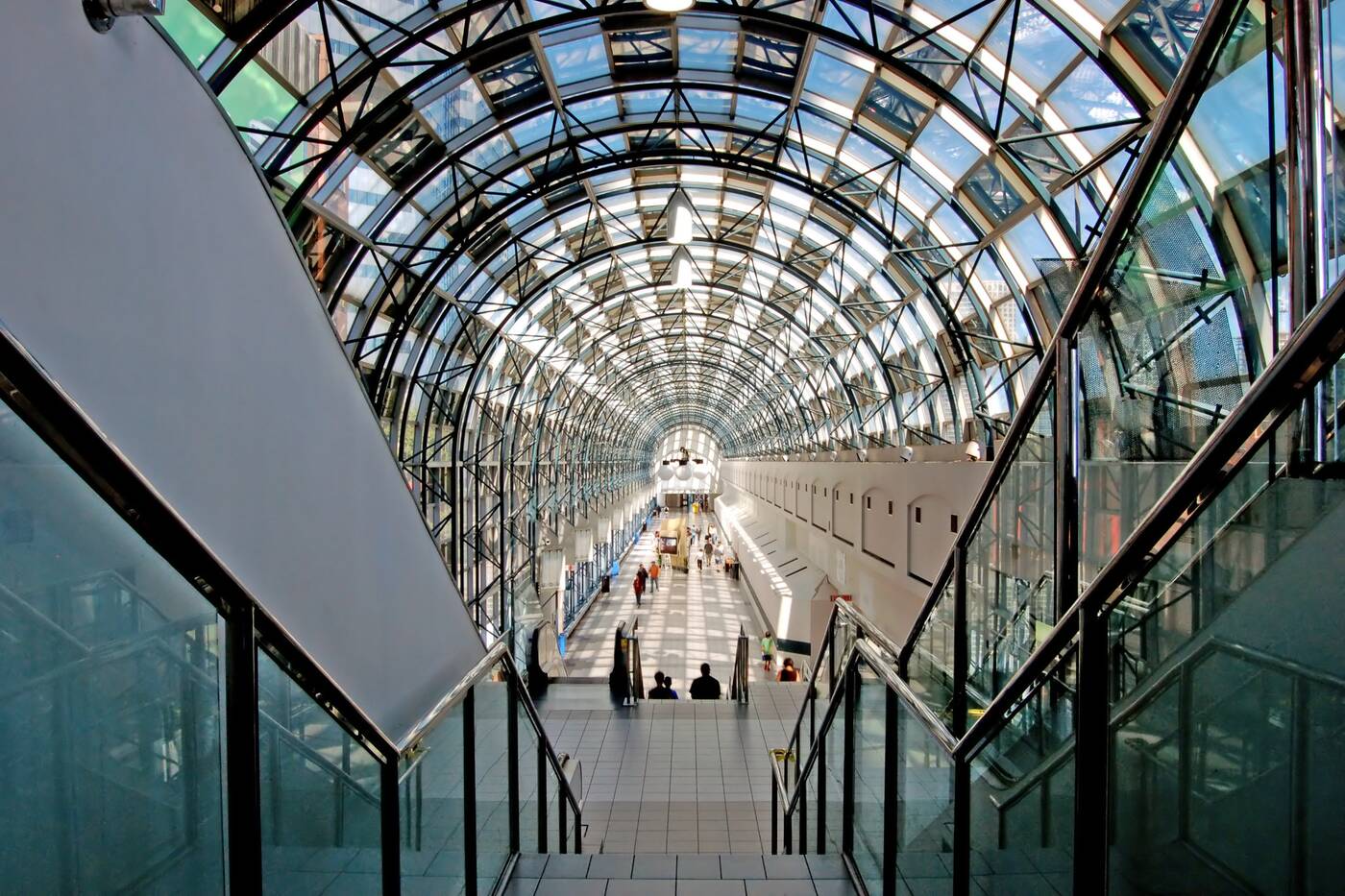 The SkyWalk was built in 1989.  Michael G photo

SkyWalk was built to help ferry people from Union Station to the CN Tower and SkyDome, but it's more than just a covered bridge.

The curved metal and glass roof has caught the attention of just about anyone who ever walked through here, and made the ritual of attending a game at the Rogers Centre all the more memorable. The Union Pearson Express now uses the structure. 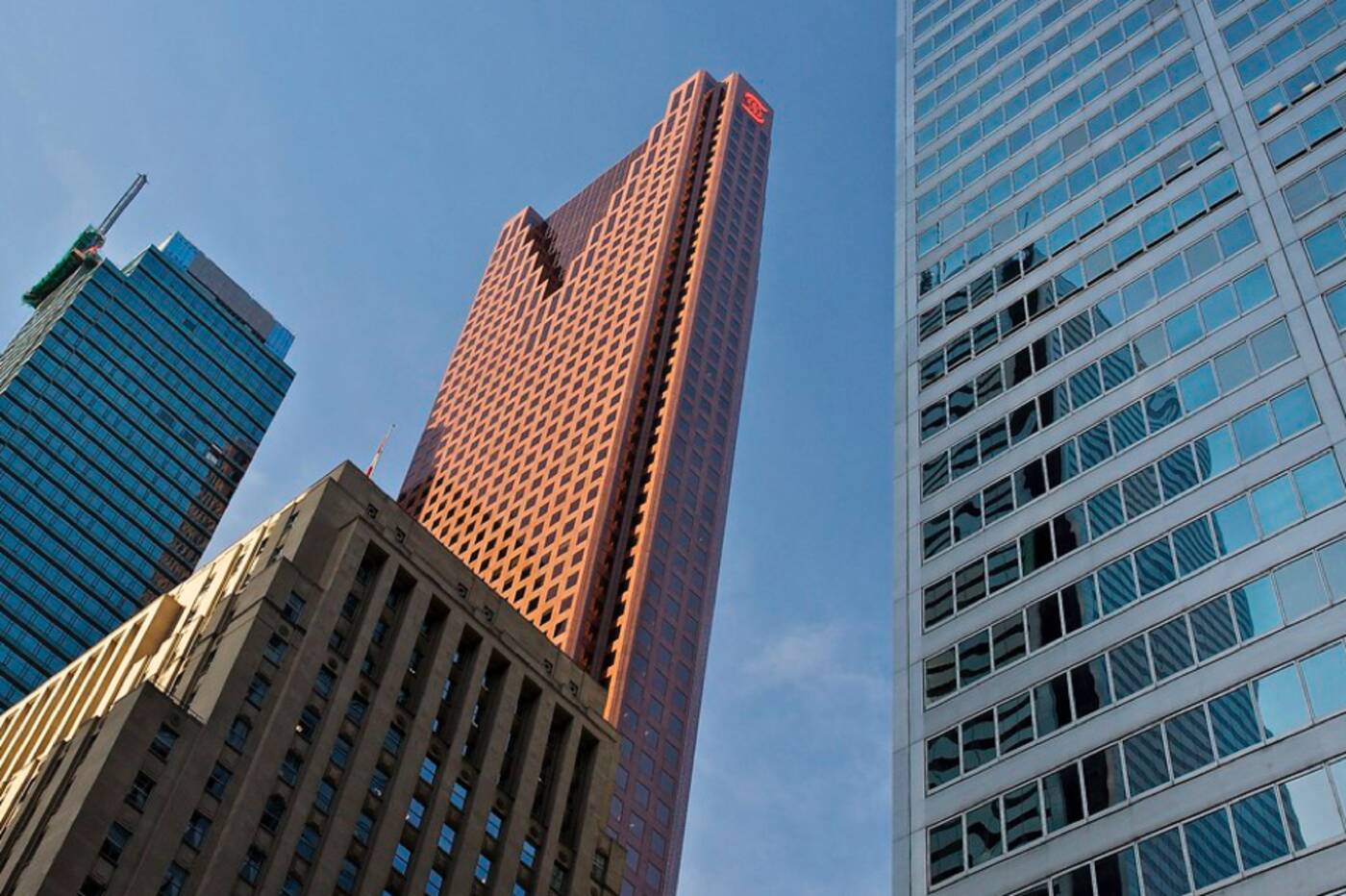 The Scotia Plaza was the most significant skyscraper in the 1980s.  twurdemann photo

Scotia Plaza was the most significant skyscraper built in the 1980s, and it's aged very well since then.

It's an elegant building with a major heritage element in the form of the preserved Beaux-Arts Bank of Nova Scotia Building, but it's the 14-storey atrium and Red Napoleon Granite exterior that are the real show stoppers.

Credit to WZMH Architects for a masterpiece of an office tower. 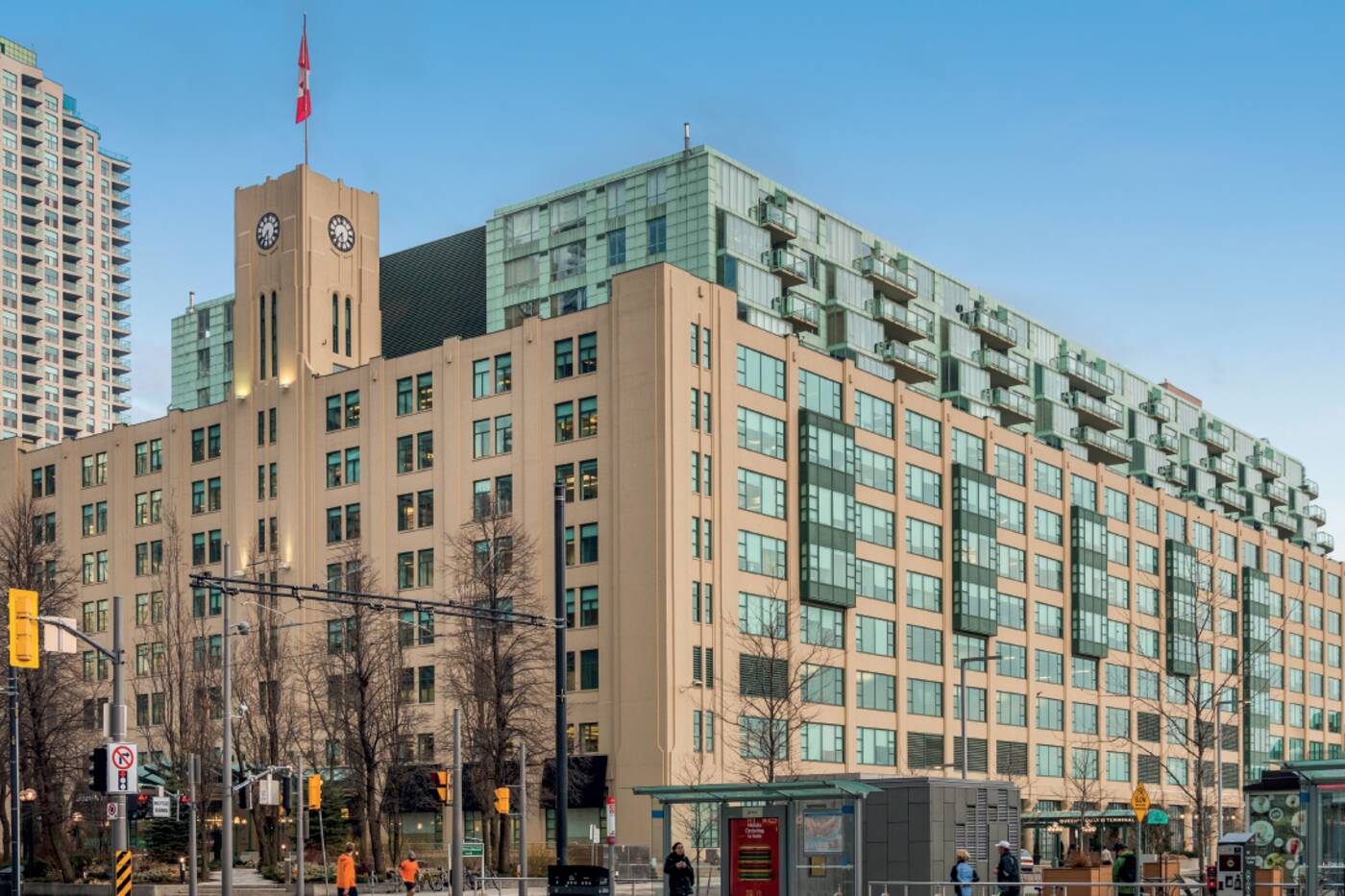 This adaptive re-use project from Ziedler Architects in 1983 was a big deal coming on the heels of two decades where historic buildings were treated with considerable disdain.

Formerly known as the Toronto Terminal Warehouse and functioning as a cold storage warehouse, it was converted to a mixed use building with four extra storeys as part of the early revitalization of Queen's Quay. 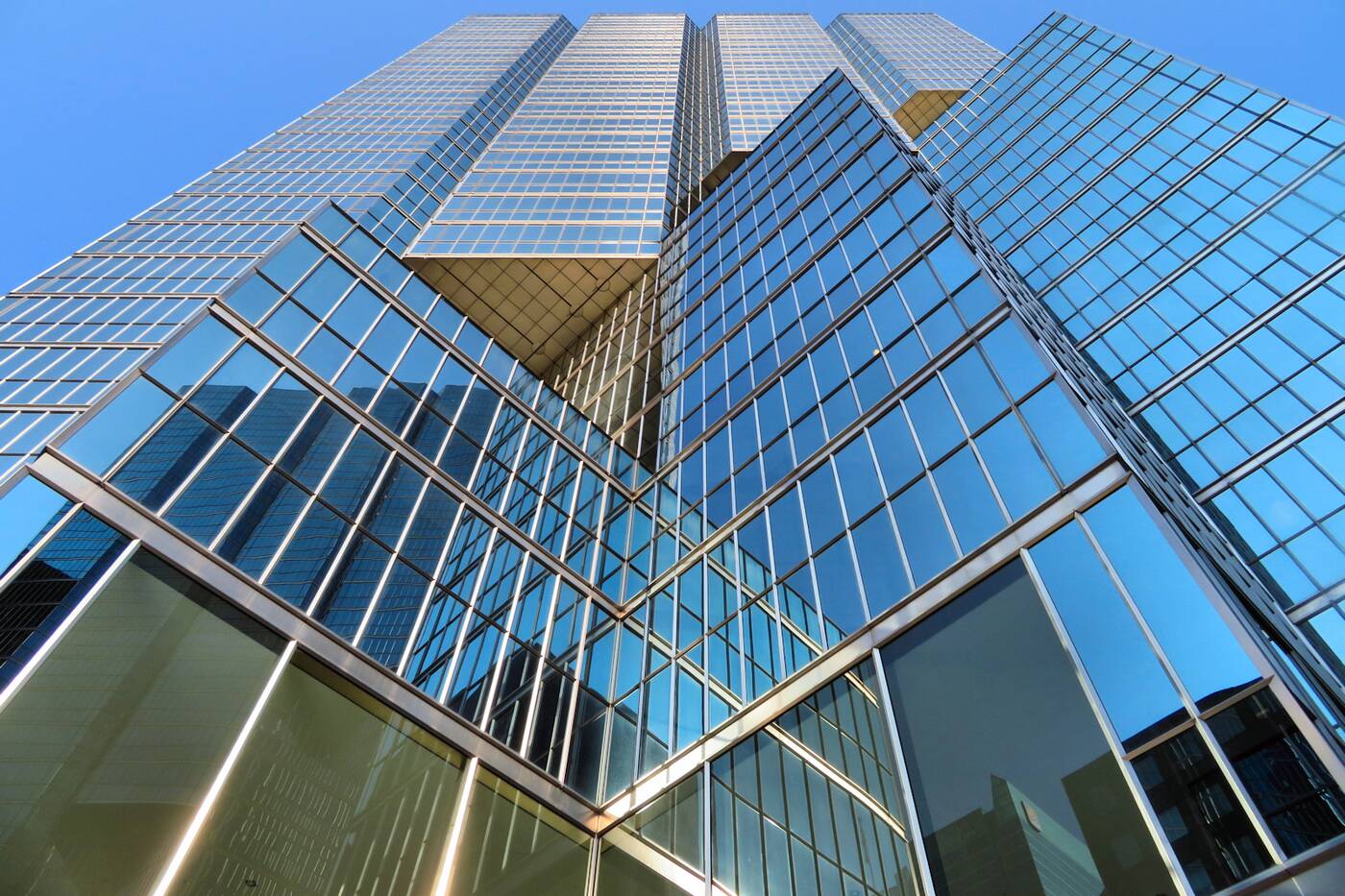 We may not love those angular lines so much these days, but the fact that photographers still flock to the Sun Life Centre to capture intriguing reflections and near-abstract images is a testament to WZMH's design chops here.

One suspects that if it were taller, we would class it up there with the major offices surrounding King and Bay. 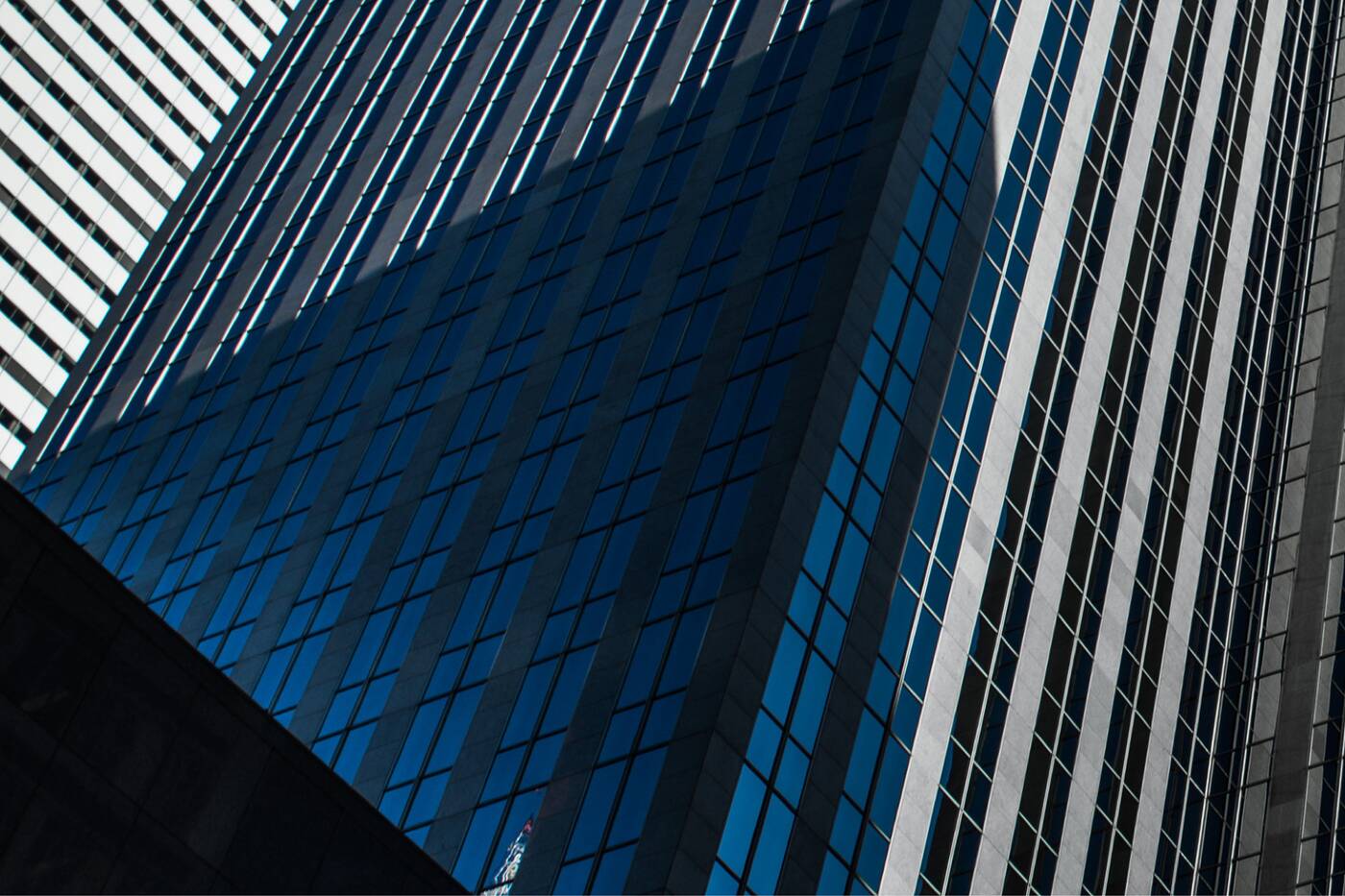 The Exchange Tower is another design from WZMH Architects.  Lori Whelan photo

Another one from WZMH Architects who really dominated the Financial District over this decade, Exchange Tower is noteworthy for its restraint.

This is a classic glass office tower that recalls the modernist designs of the 1960s. In a decade that produced some monstrous buildings, its understated beauty is worth kudos. 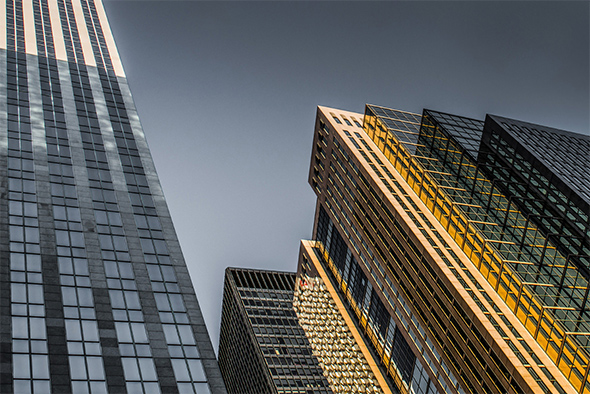 Designed by Arthur C.F. Lau, this 26-storey modernist office tower also tends to fly under the radar, but that's a shame because it's one of Toronto's finest examples of the form at this height range.

The various rectangular segments and criss-cross window frames provide just the right amount of ornamentation to catch the eye. 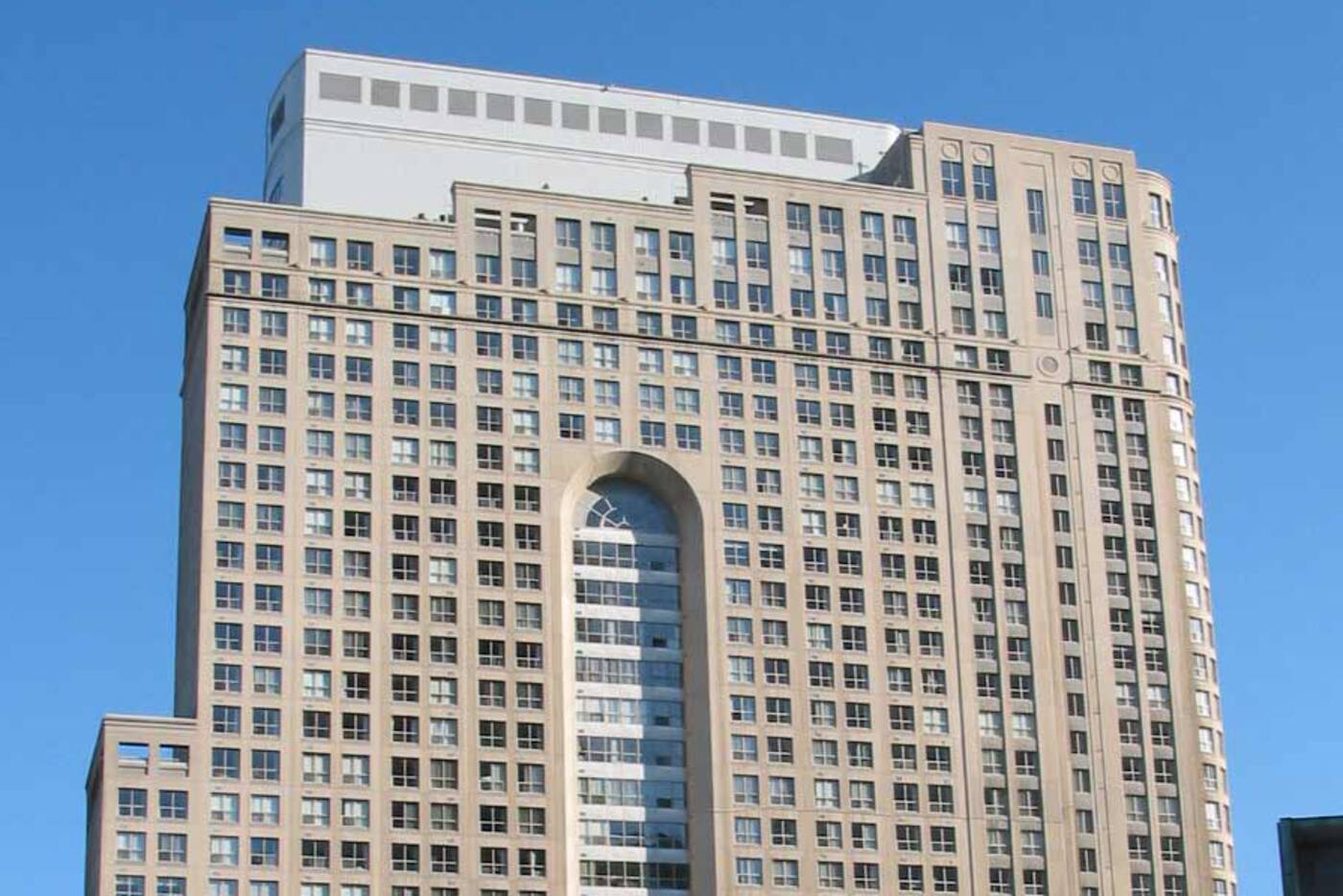 The building at 35 Esplanade was made in a historical style in 1988. ACO Toronto photo

The location of the building is a bit strange as it would have more presence if the street to its south had more traffic, but nevertheless, it's a rare example of a modern building made in a historical style that doesn't completely fake.

This flat-iron-style structure was built right before Toronto was consumed with glass condo, and its throwback style is all the more refreshing for it. 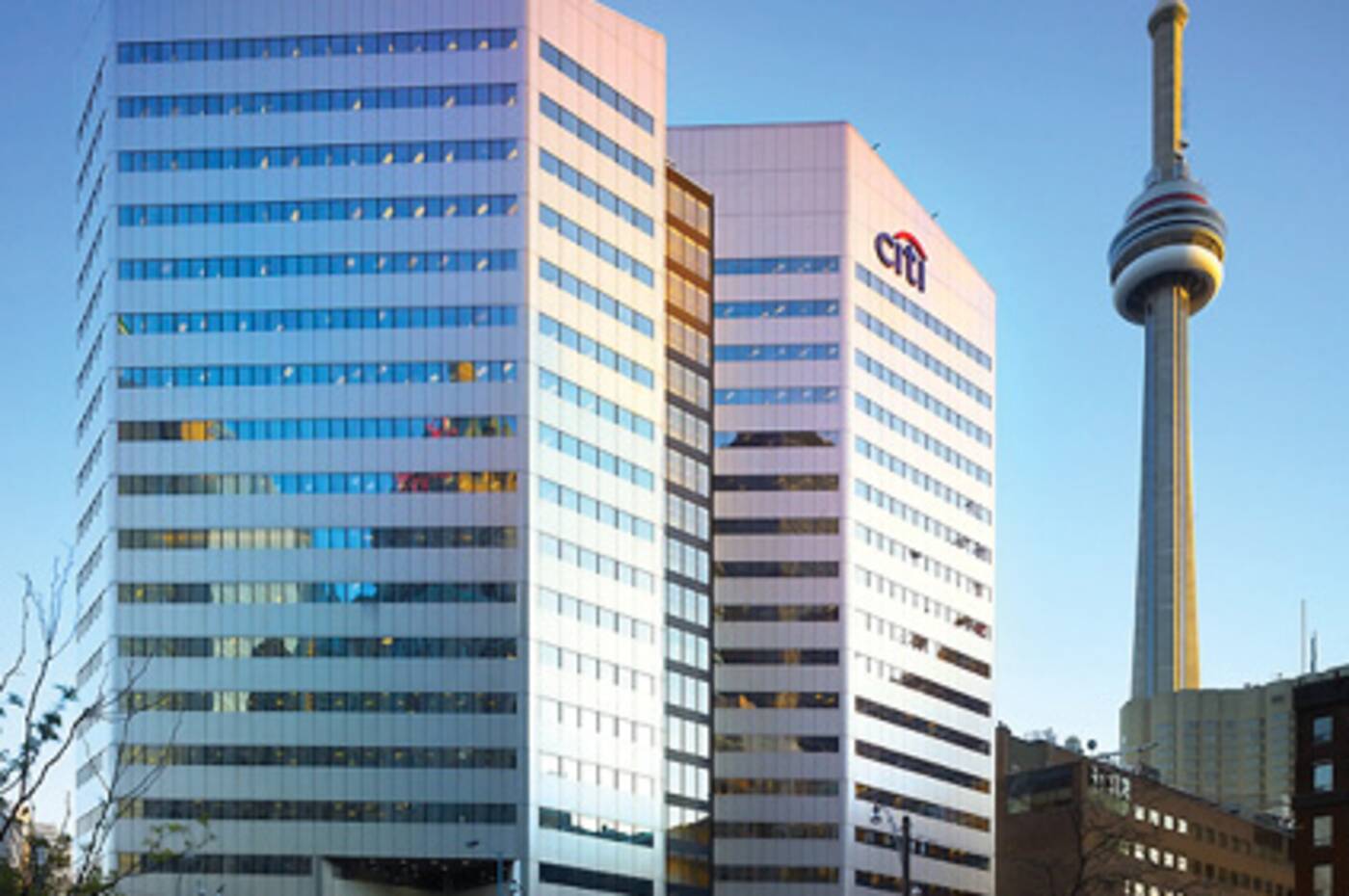 Citibank Place was built in 1983. Photo via Oxford Properties Group

One of the late buildings to come out of John B. Parkin and Associates, Citibank Place (now Citigroup Place) hovers between modernism and postmodernism.

In fact, you might be inclined to put it in one group or the other depending on what angle you look at it from. From the north is my favourite, where it shows off the glass centrepiece that bridges both sides of the steel-coloured building.