Saturday Dinette's been sitting at the corner of Logan and Gerrard for the past two years. The area, just east of East Chinatown and north of Leslieville, is still relatively sleepy. But over the past of couple of year's it's been waking up.

"I lived in Williamsburg before it was like Williamsburg," says Saturday Dinette's Suzanne Barr. "And so for me, when I got to this neighbourhood, it almost took me back to that time." 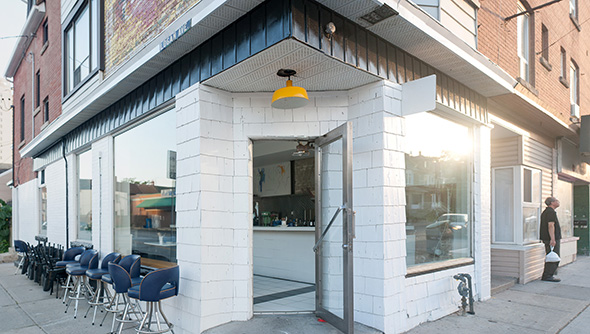 Numerous Toronto neighbourhoods, including West Queen West, have been compared to Brooklyn. And while this stretch of Gerrard Street East may never become as trendy as Toronto's west side, a number of restauranteurs and business owners are starting to move into the area's long-shuttered storefronts because they see its potential.

And no one knows that better than Johnson Yeh. He opened Mad Dog Cafe more than five years ago after losing his job in the corporate world. He lives in the area with his family and while at the Beer Store one day, he noticed the building at 817 Gerrard was for sale. He bought it and transformed it into a bustling neighbourhood hotspot. 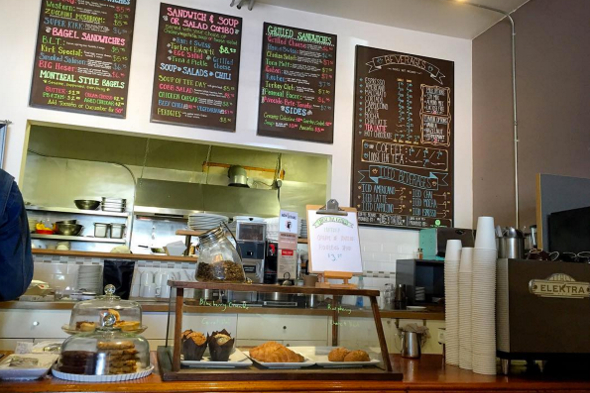 Yeh admits that some of his friends thought he was crazy. "It was tough to be the first one here. It was very, very tough," he says. But the community warmed to his cafe, especially when he began serving both breakfast and brunch.

He notes his cafe is usually packed on weekends, but there are plenty of patrons working inside and sprawled out on the patio when I visit on a sunny weekday morning.

The patio does however seem a bit noisy when I'm around because of the renovations happening next door at 819 Gerrard. Deborah Gourgy, who works for JSM Corporation, bought the building this summer. She lives in the neighbourhood and wants to increase the amenities on Gerrard. 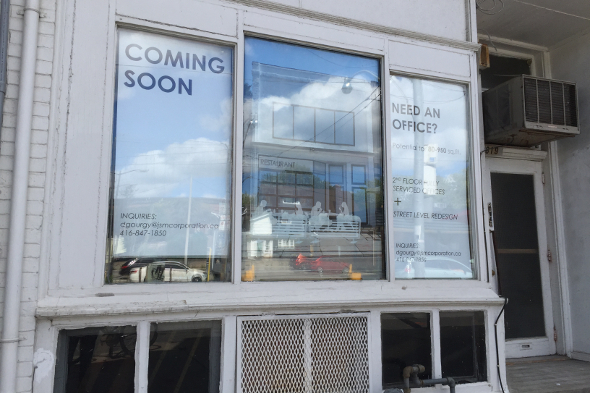 "We've got Mad Dog and the Dinette already. They've kind of started the revitalization of that whole strip and so we're hoping to continue it," she says, noting how the street-facing storefront hasn't been occupied for about 15 years.

She's hoping to have a locally owned restaurant move in to that space with either offices or residential units above it.

Hailed Coffee is another neighbourhood newcomer. Owner Salim Bamakhrama opened his coffee shop about nine weeks ago just a few doors down from Saturday Dinette, but there's nothing between these two trendy-looking places, except for a shuttered storefront with peeling Pepto-pink painted trim.

Bamakhrama describes his part of Gerrard as an intersection of four cultures, which is fitting considering it borders East Chinatown, Little India, the Danforth and Leslieville. But he also saw an opportunity in this seemingly under-serviced, yet heavily populated area. 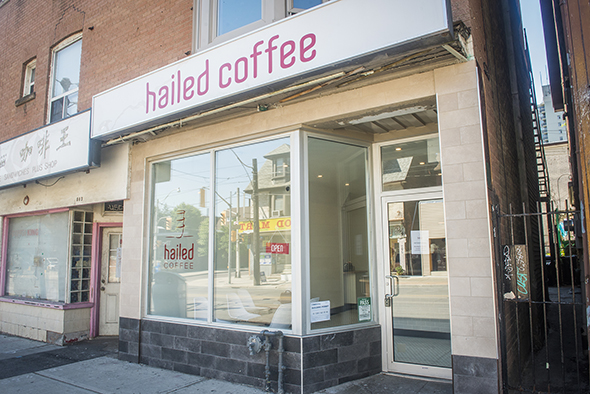 So far, he's gotten a warm welcome, from both residents and his fellow restauranteurs. "Any improvement to the aesthetic of the street is met with a lot of welcome and warmth from the community."

And with new businesses continuing to move in, it seems like on Gerrard, the times really are a-changin'.