What kind of condo does $1.5 million get you in Toronto?

The $1.5 million condo in Toronto is less common than you might think. Once you get well over a million bucks, the listings in this city tend to be concentrated in the most attractive neighbourhoods. Up and coming areas awash in new development tend not to feature in this price range. That's partially why some of these units lack a little bit of wow factor. You're paying for location.

$1,549,000 near Dovercourt and Bloor
Certainly one of the most jaw-dropping condos in Toronto, this converted church on Westmoreland near Bloor teems with exposed brick and novel design features. The unit isn't huge, but with two bedrooms and three bathrooms, it's certainly not a closet. Maintenance fees are a reasonable $475 a month. 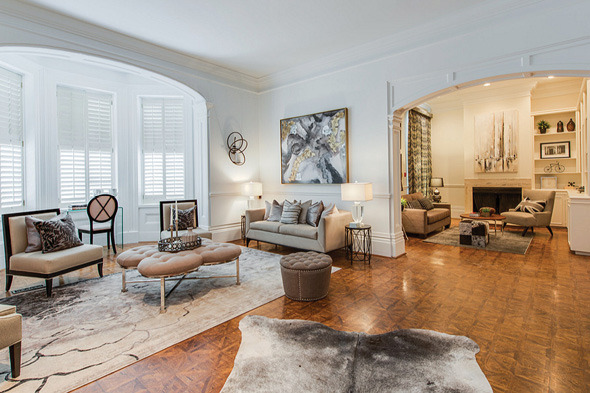 $1,549,000 in Cabbagetown
$1.5 million is a lot to fork out for a condo, but this particular unit features two distinct apartments and so can be rented out to help pay down the mortgage. Its layout would also work well for empty-nesters who still plan on hosting their kids for overnight visits. There's four bedrooms in total, two of which are located in the finished basement. Maintenance fees are $1506.60 a month. 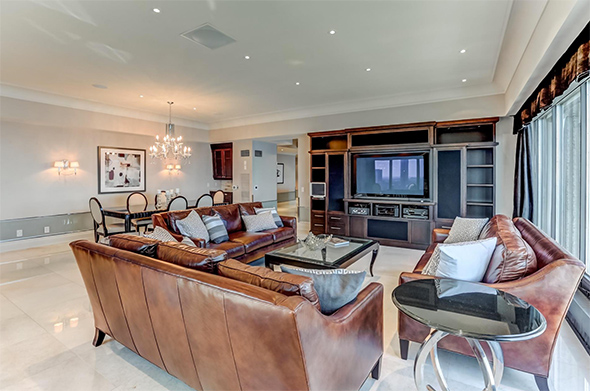 $1,550,000 at Humber Bay Shores
One of Toronto's oldest condos is still one of its nicest. Palace Pier was built way back in 1977 and paved the way for the redevelopment of Humber Bay Shores. This three bedroom unit shows why it's a luxurious destination with sweeping views of the skyline and Lake Ontario. The maintenance fees are killer, though. You'll be paying $2,898.56 a month to live here. 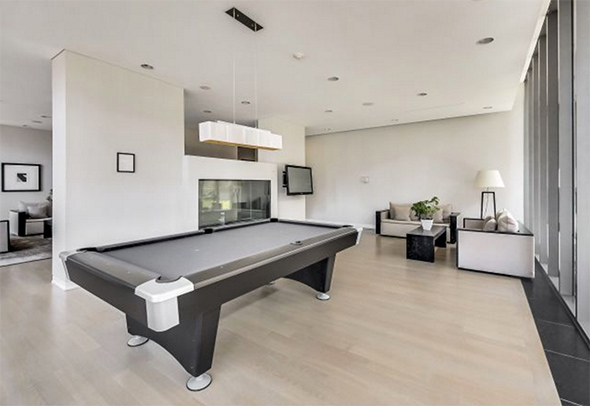 $1,579,000 near Charles and Church
The nice thing about having a million and a half to throw and a condo is that you can afford units with enough space to have fancy toys like a billiards table. This 1,450 square foot three bedroom penthouse features a number of luxury features from high ceilings to a built-in wine fridge, and the building is well regarded for its design. Maintenance fees are 1,066.44 a month. 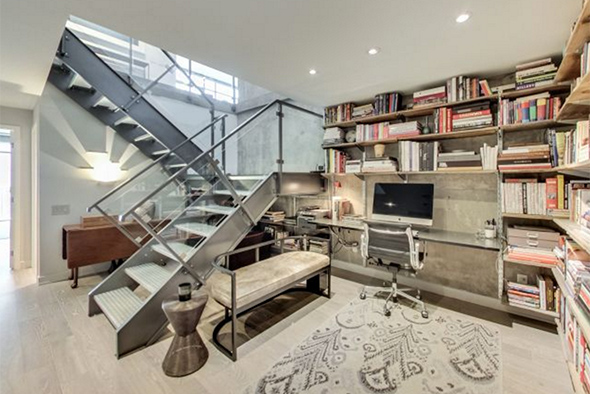 $1,599,990 near King and Sherbourne
One of the nice things about this bracket of condos is that many of them eschew the cookie cutter designs that are more common at lower price points. This split-level penthouse boasts 1,860 square feet of indoor space plus an ample terrace. The concrete ceilings won't be to everyone's taste but this one checks off most of the boxes for a contemporary loft. Maintenance fees are $1,012.91.

Would you buy any of these units if you were in the market? Let us know in the comments.