Toronto's starting to get its new streetcars, but they're not always a welcome sight - especially this morning when one derailed at King and Bathurst.

This blocked the eastbound streetcar lane and proved even more troublesome than usual, considering the 501 route is using part of the 504 line at the moment. 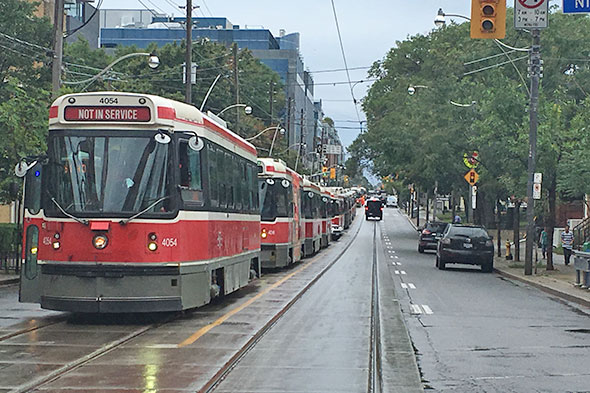 There 14 shuttle buses operating right now. Aiming to clear in next hour. Debris in the track flangeway appears to be the culprit.

Commuters were already in for a wet ride to work this morning, but they likely weren't expecting to wait behind a lineup of stalled streetcars. Naturally, many weren't too happy about this development. 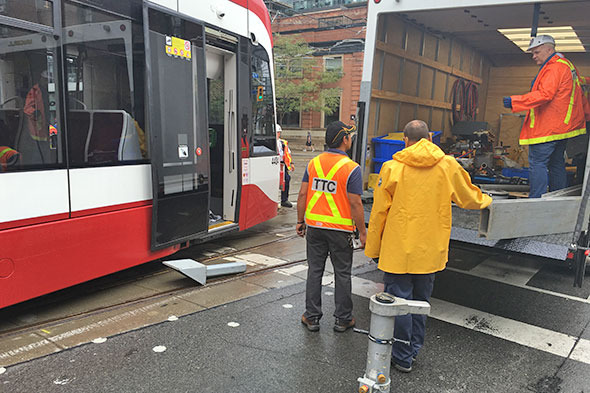 Hopefully, the TTC will clear everything by rush hour this evening. In the mean time, the 504 is diverting up Roncesvalles, across Dundas and down Spadina before making its way back on to King Street.