The CNE gets it right with new all-gender washrooms

Going to the washroom is never fun at the Canadian National Exhibition, especially if you're forced to use a porta-potty. But this, year, the CNE has introduced all-gender portable toilets with an inclusive piece of signage.

These signs, as Buzzfeed News writes, are the work of Kansas City-based artist Peregrine Honig who first introduced them earlier this year in response to the controversial bathroom bills being passed in the United States.

According to Buzzfeed, the CNE had to buy new porta-potties and decided to just make them open to all genders. So now this signage is actually in use at the Ex and people are starting to take notice.

But the CNE isn't the first public place to introduce all-gender washrooms. In May, the ROM debuted its all-gender facilities and numerous restaurants, clubs and bars feature all-gender bathrooms too. 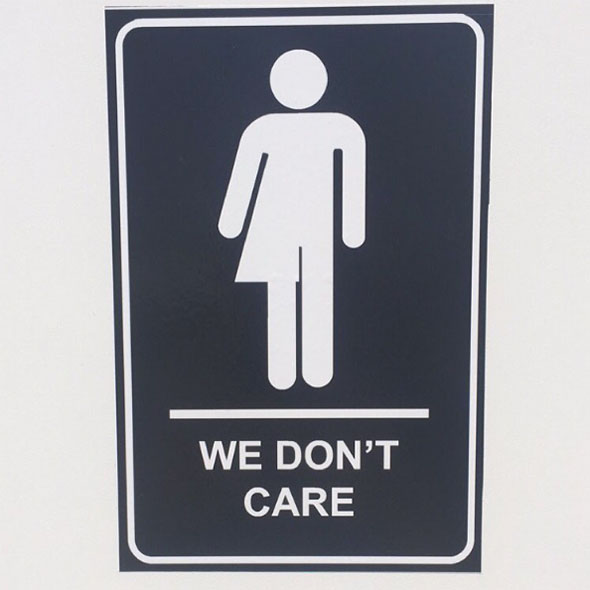