The construction on College Street certainly looks daunting. While I was on a westbound bus (instead of the streetcar) a few days ago, one woman gasped when the metal fences, barriers and construction equipment leapt into view as we approached Ossington.

The stretch of College between Havelock and Shaw is getting a makeover in the form a beautification project spearheaded by the College Promenade BIA. Though, as per usual, this massive construction project is taking longer than it was supposed to. Crews are currently working on the north side of the street and will switch to the south side, likely some time next month.

"The most frustrating part is that the BIA itself designed this entire thing and so we're paying for it. So we're basically paying for a disruption," says Folly Brewpub's Michelle Genttner. 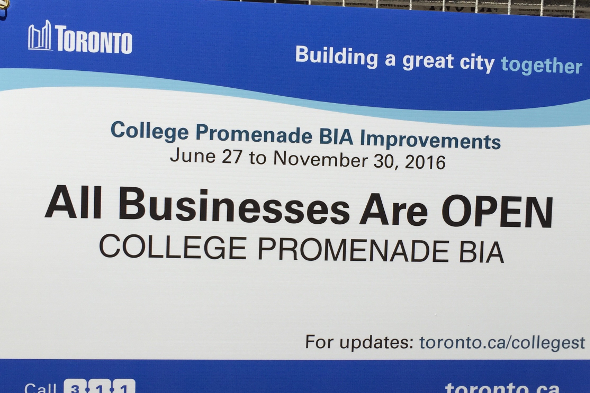 There are signs along the metal fencing telling passersby that all the businesses are open. But along with these reminder, Genttner and some of her neighbours, are starting to get creative in order to keep customers coming to College.

Folly, for instance, held a successful Tragically Hip concert viewing party and has plans for a brewmaster's dinner as well as some other special events. The micro brewery is also holding a case sale right now. 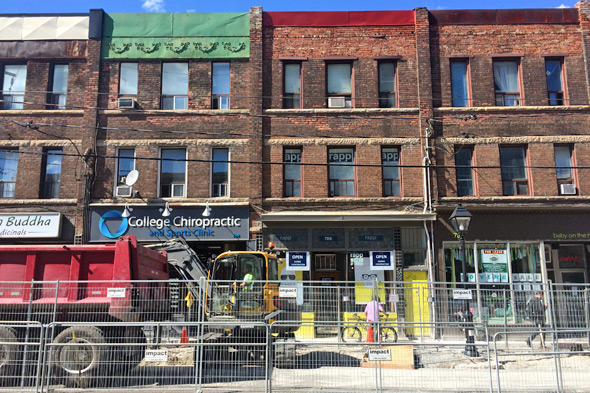 "A lot of people don't really want to come here and stay because it's not comfortable or inviting right now, says Genttner. "But even if they grab some bottles and go that helps us keep the lights on."

She notes that this summer has been particularly slow, and it's not just a seasonal slump for her and some of the other businesses nearby. "The losses that we're all calculating are over and above that," she says. 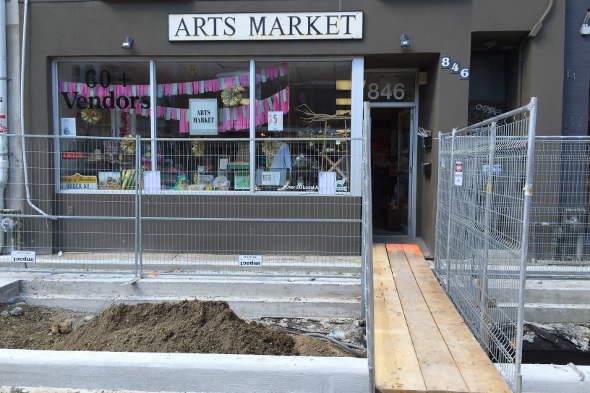 Daniel Cohen, who runs the Arts Market also realizes that construction can be challenging. But he's optimistic about it and know it's only temporary - and once it's done, the street will be beautiful and ready for large-scale events and festivals.

However, he's now keeping his College Street location open longer, including on Mondays and Tuesdays when he'd normally be closed. "Even if it's a couple of people in a day, it's better than no people," he says. 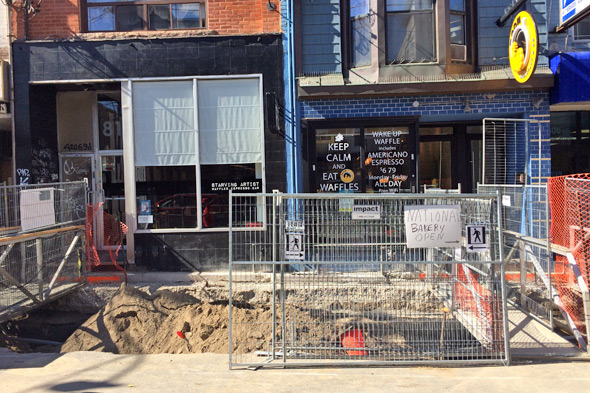 The Candy Bar is on the south side of the street, but owner Paola Giavedoni knows the construction will eventually make its way in front of her store too. Like Cohen, she's also trying to see the silver lining in this prolonged project. "We have to keep a positive attitude because it is a bit of a disaster zone, but it's moving forward and that's the key in all of this," she says.

Her latest initiative is to launch an online store. That way she can start delivering to her customers, a service that might prove even more beneficial as her side of College becomes a construction site. 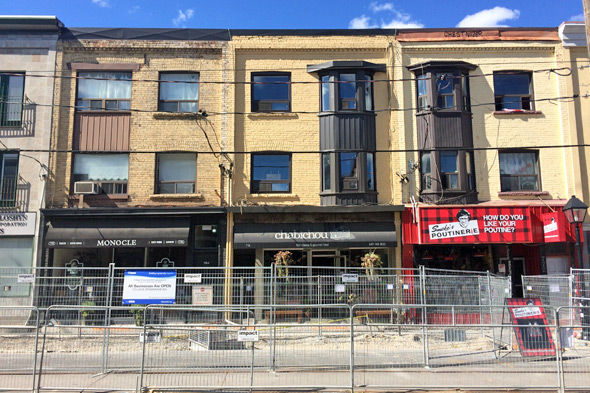 But despite being navigable for cyclists and pedestrians, the neighbourhood still seems largely inaccessible for those with mobility issues thanks to the uneven pathways leading up to some of the storefronts - though this is temporary.

And as businesses continue doing what they can to stay positive and attract customers, many are hopeful for the near future. The stretch of College will probably look great once it has interlocking stone sidewalks, a canopy of trees and art installations. Though some, like Genttner wonder if the disruption is worth it. We'll just have to wait and see.