Inside the secret attic at Queen's Park in Toronto

Some of Toronto's most recognizable buildings are made all the more alluring based on the forbidden areas they boast. Think of the observation deck at Commerce Court North, for instance.

Once the most popular of its kind and host to tens of thousands of visitors a year, it's been closed to the public for decades due to safety concerns.

For the Toronto history buff, the prospect of a peek at such a place is tantalizing to the say the least. Over the years, I've been fortunate enough to be toured around a few well known places like this in the city, but sometimes it's the unexpected places that reveal the most fascinating secrets.

Queen's Park is as gorgeous as Toronto heritage buildings get, but aside from some ghost stories and a Rush album cover, it tends to lack the type of intrigue of a place that's completely off-limits like Lower Queen Station or the former massive LCBO warehouse near the waterfront.

Public tours of the provincial legislature are held almost daily, and the building often appears on the annual Doors Open roster. There is a part of the building, however, that's almost never seen by the public. It's the attic.

And while that might not sound so enticing on paper, it's actually packed with compelling features that you'd never expect given that it receives very little attention.

Full disclosure, my opportunity to have a look at the Queen's Park attic came courtesy of a television series called Unseen Toronto that I was working on over the winter and spring.

It was one of a few places around the city that I was lucky enough to gain access to during filming. I've written about a few of the locations before, but the attic was a first-time visit for me, and I was enthralled. 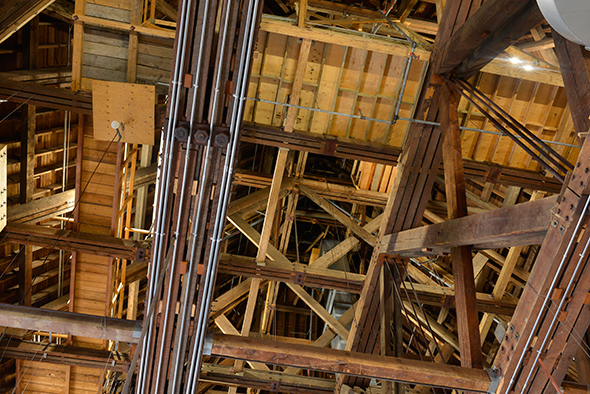 The first thing you notice upon entrance is the massive underside of the roof. As part of a building that dates back to 1893, it's a complex array of wooden beams reminiscent of the hull of a massive sailing vessel. It's impossible to see to the top because the supporting infrastructure is so thick.

Lest you get caught gawking at what's above, though, it's another feature on the floor of the attic that's probably the most surprising. Architect Richard Waite installed massive ducts atop the legislative chamber as part of a ventilation system that was later replaced with modern HVAC, but the original units are merely covered by a thin shell. 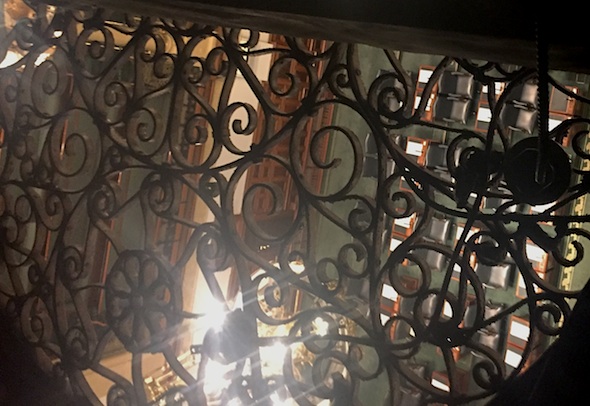 When you open one up, you're able to stare down at the assembly through a decorative metal grate that gives the distinct feeling that you're a spy or part of a security detail keeping clandestine tabs on the proceedings below.

I only managed to get a crappy cell phone pic, but you get the sense of how novel the view is.

For all the delights of the attic that you can only enjoy from the inside, there are a few that can be easily spotted by anyone walking by outside. If you've ever noticed that the central portion of the building's architectural details aren't symmetrical, it might be interesting to know that the plan was to install a massive clock face on the west side. 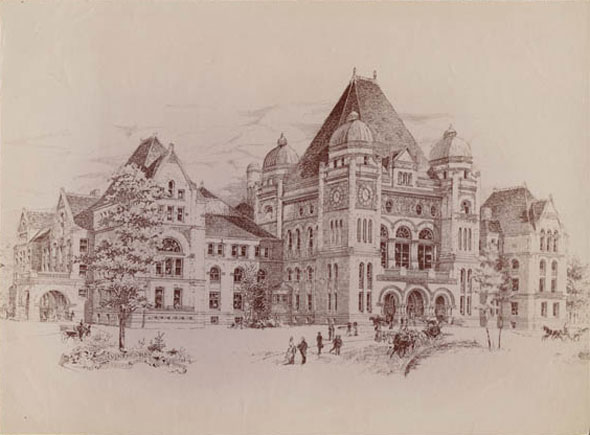 Alas, there was never enough money to install the clock, so the building now boasts a huge rose window where it was planned to go. Early drawings of Queen's Park give a indication of what it might have looked like with the huge clock. 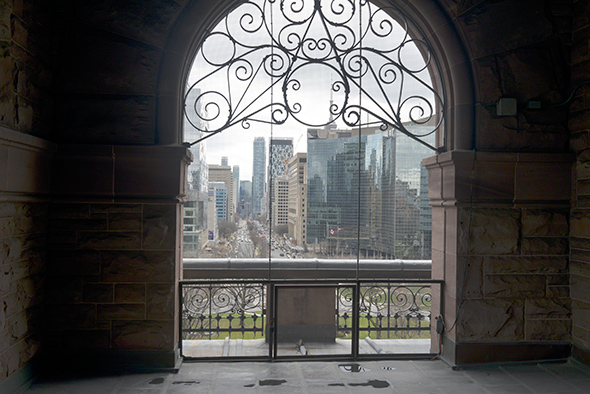 On the eastern side is something a bit stranger. People familiar with the history and architecture of the building tend to call it the "mystery room." It's essentially an enclosed terrace with a solely decorative purpose.

Given that Queen's Park was designed in the Richardson Romanesque style, the area is likely a riff on a loggia, though both its south- and east-facing walls are exposed. 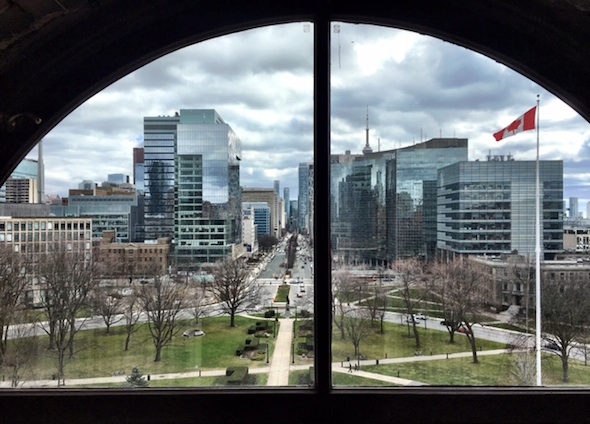 This is surely one of the best restricted views of Toronto that there is. Elevated above five storeys, you can look straight down University Avenue into the heart of the city.

To walk around up there for a few minutes is to realize how amazing it would be to somehow open the space up for public use. In fact, the entire attic offers amazing views southward. 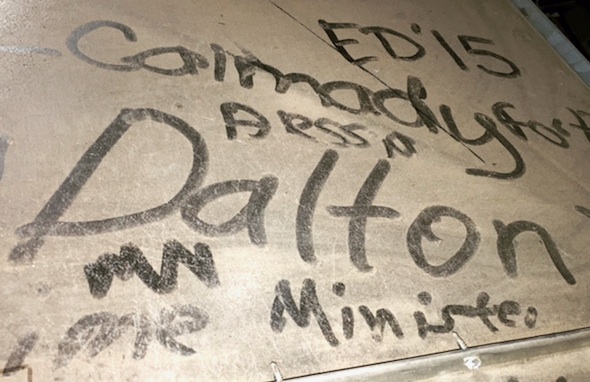 This is not an entirely unvisited place. Along with the occasional film crew, it's obvious from the various names and initials carved out in dust throughout the attic that security guards, building workers, and even provincial politicians have made their way up here.

It's a surprisingly magical place, even as it is so rarely seen.