At the turn of the 20th century almost every major North American city relied on the streetcar as its primary mode of public transportation.

New York would open the first portion of its subway system in 1904, but the demise of trolly-based transportation took place at the hands of the bus more than anything else.

Persistent conspiracy theories allege that the decline of the North American streetcar system can be traced to a plot by General Motors as well as numerous oil and tire companies to spur automobile dependency in the U.S., an urban mythology which has its roots in the very real charges that were brought against GM for monopolizing the sale of buses during the post-Depression period. 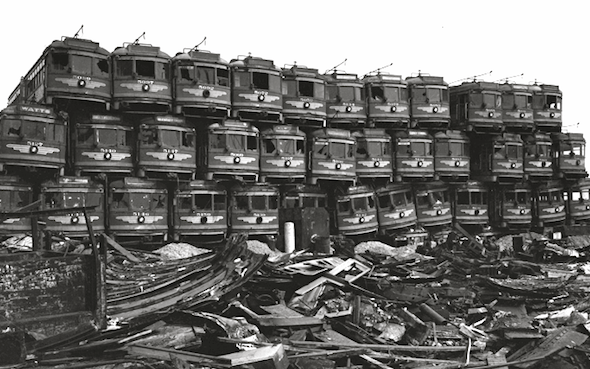 Streetcar systems across the States dropped like flies from the late 1930s through to the '50s when the bus rose to dominance as the surface vehicle of choice for public transit in mid-sized American.

Even Los Angeles used to be a streetcar town until the early 1960s, when both the Pacific Electric and the Los Angeles Railway ceased operations.

Cities like Chicago, Brooklyn, Boston, Philadelphia and Pittsburgh all made large-scale purchases of President's Conference Committee (PCC) streetcars when they were released in the 1930s, but by 1954 Toronto had the largest fleet on the continent as the TTC purchased used cars from American cities that were retiring the electric railways (e.g. Cleveland, Kansas City, and Cincinnati). 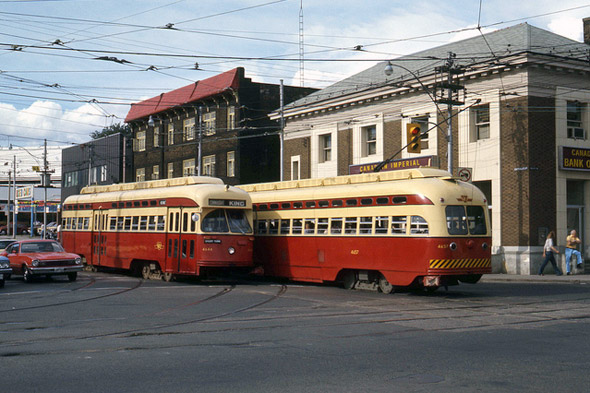 The streetcar was yet to be an endangered species at the halfway point of the century, but its decline was in full swing. Following the release and popularity of the PCC cars, only a handful of U.S. cities updated their fleets with newer rolling stock.

By the '70s and 1980s, the streetcar was deemed obsolete in North America, remaining only in a handful of cities like Boston, Philadelphia, and San Francisco where legacy lines were upgraded to separated light rail.

Toronto was the only city that bucked the trend by investing heavily in its existing streetcar system during this period.

It certainly didn't seem like this would be the case following the 1966 opening of the Bloor-Danforth subway line, which replaced the busiest streetcar route in the city.

Plans were announced in the fall 1971 to scrap the remaining service on other streets across the city by 1980.

As is well known among local transit history buffs, a group of civic activists led by Institute of Child Studies professor Andrew Biemiller and public transit expert Steve Munro formed the group "Streetcars for Toronto," which successfully lobbied for the retention of the streetcar system in Toronto.

In the years that followed, the TTC bolstered its existing fleet of PCC cars with the new Canadian Light Rail Vehicle (CLRV). 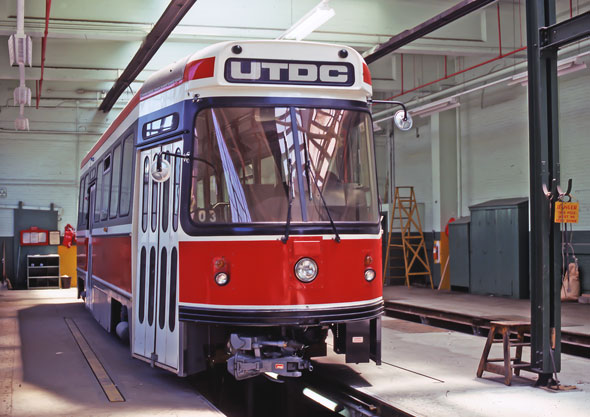 The rest is history as far as Toronto's streetcar system goes.

So often in Toronto we're charged with emulating other cities, but this is an obvious and perhaps even crucial example in which our city has proved to be trailblazer.

As light rail makes a major comeback in North America, it's hard to imagine what would have happened if Toronto had killed its streetcar fleet back in the '70s.

It's worth noting that the comeback of the streetcar in most American cities doesn't exactly resemble Toronto's primarily shared right-of-way system, but the predominant thinking behind the return of the streetcar as a mode of transit is greatly indebted to Toronto's system in its downtown focus, short stop lengths, and greater efficiency at moving people than buses. 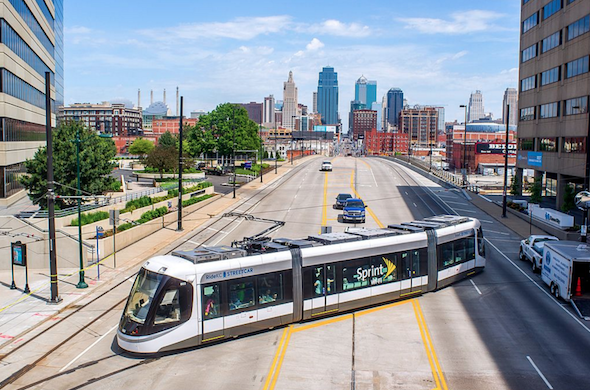 A streetcar in Kansas City. Photo by Jason Doss.

Streetcar systems in cities like Portland, Salt Lake City (the S Line), Seattle, Washington (DC Streetcar) and Kansas City have similarities to Toronto, while the proposed Los Angeles Streetcar is almost unthinkable without the longevity of Toronto's system to point to as justification for the desirability of such transit in densely populated areas.

Not everyone is a cheerleader for the streetcar in Toronto, and the term has carried heavy political implications for many years, but there's civic pride to be had in the daring manner in which our city stuck with this mode of transportation.

The streetcar is an enduring icon of Toronto's urban landscape, and also a reminder of our willingness to go our own way.