Ten years after it was abandoned and became an urbex favorite, Building 9 on the old Kodak lands in Mount Dennis was moved off its foundations today, as work on the western terminus of the Eglinton Crosstown began in earnest. 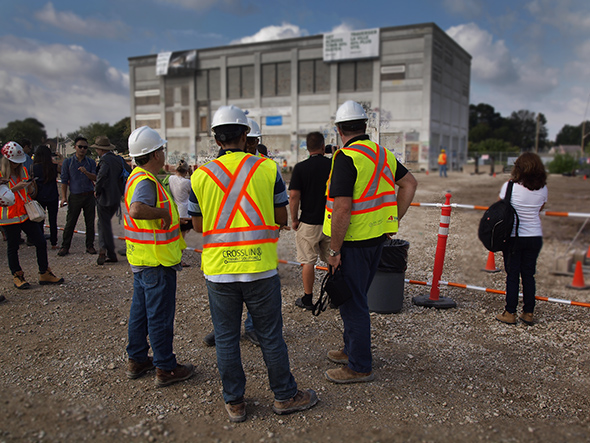 Knowing that moving 3,000 tons of heritage building was a big deal, Metrolinx made it a party, setting up a grandstand and a shuttle bus so spectators could watch the show and partake in a community barbecue when the old Employee's Building had reached its temporary resting spot, some 200 feet away from where it has stood since 1939. 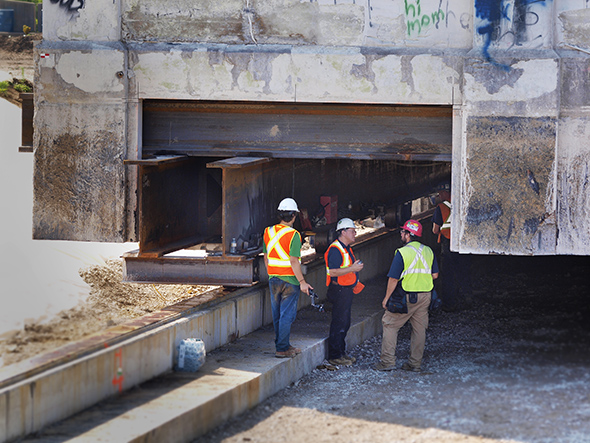 The move began just after 9 a.m., as the hydraulically-powered dollies beneath the building began edging Building 9 slowly backwards at a maximum speed of eight inches a minute.

Crews on either side of the building carefully monitored its progress, and while it might have looked like everyone was intently watching paint dry, if you stood in one spot for a couple of minutes, squinted and fixed your eye at a point just past the walls, you could see Building 9 creep along. 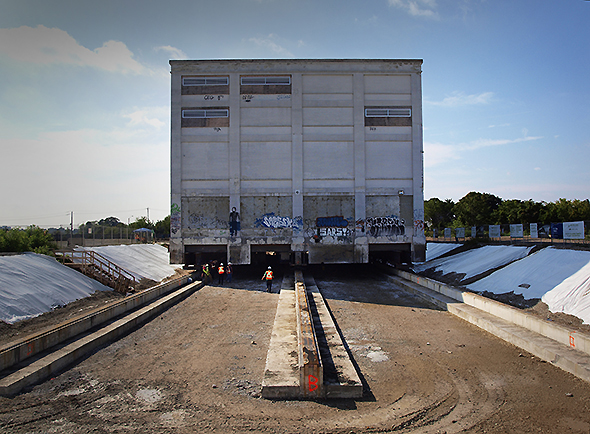 Crosslink Transit Solutions and Western Mechanical had spent the previous several months excavating and separating Building 9 from its foundations and threading huge steel I-beams into its base, while building the concrete tracks on which the structure would roll and eventually come to rest. 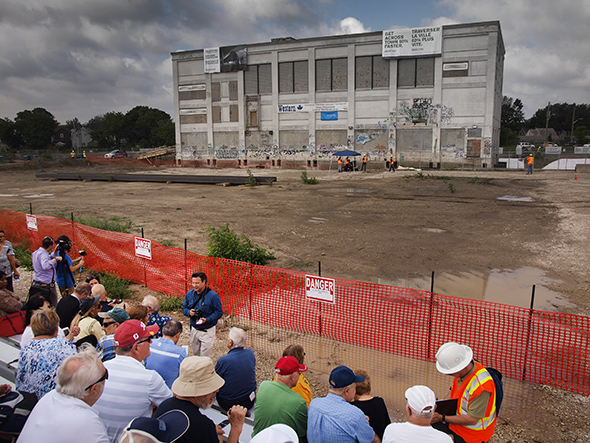 Representatives from Metrolinx said that, despite being abandoned for a decade and open to the elements for much of that time, Building 9 was still structurally sound.

The old basement will be demolished and a new one built to house the new concourse level for the Eglinton Crosstown's Mount Dennis station, which will become part of a new transit hub joining the new transit line with the Georgetown GO line and the UP Express. 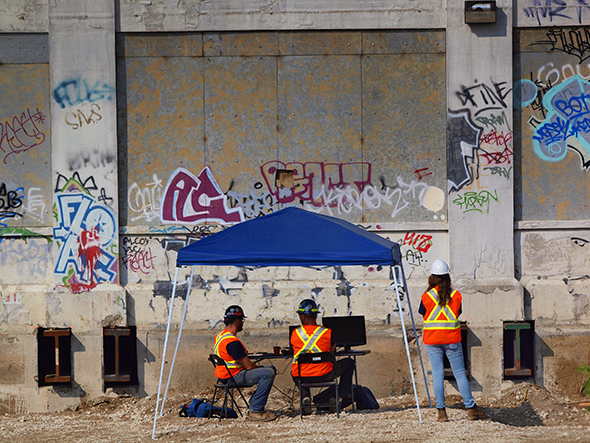 The work will take eight months, after which Building 9 will be moved back and tied into its new foundation. It will then become the secondary entrance to the new transit hub, joined to the main entrance at Weston Road and Eglinton by a new tunnel, all of which is expected to open to the public in 2021. 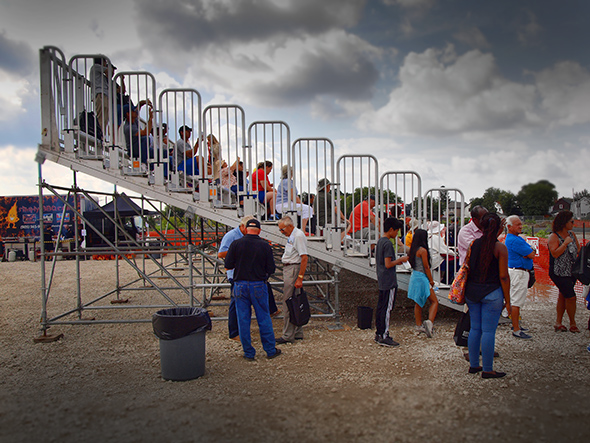 Metrolinx spokespeople say they are still in consultation about the future use of the upper floors of Building 9, and are hoping that a community partner will take on the lease of the restored top half of the building and sublet spaces to businesses and community groups.

The size of the crowd and the undeniable interest from locals on site for the move shows that the future of Building 9 remains a hot topic in Mount Dennis, long one of the city's most underdeveloped neighbourhoods.