A love letter to the Scarborough Bluffs

Toronto has plenty of beautiful places, but nothing compares to the Scarborough Bluffs for the sheer majesty of the landscape. Take a hike across the top of the Bluffs in Cudia Park on a summer morning, and you might just think you were looking down on a tropical paradise on account of the cerulean waters of Lake Ontario. 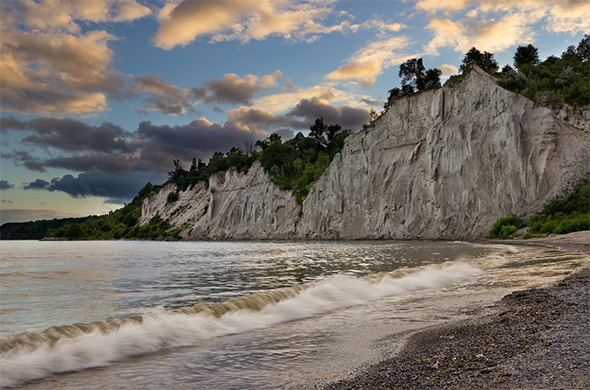 It tends to get lost in all the fun that we collectively have on the beach, but the Bluffs are a geological marvel that extend nearly 15 kilometres in length. While they seem to look the same today as they do in archival photos, they're actually slowing eroding, leaving sand deposits behind that once formed the peninsula that's now the Toronto Islands. 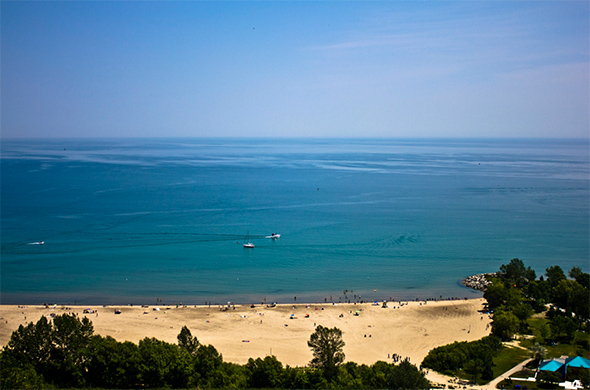 There's a lesson about the passage of time and our minuscule life spans in that bit of trivia, and there's combination of calm and dread that accompanies this thought while gazing out at the lake from the 90 metre perch provided by the Bluffs. You wouldn't be alone in contemplating your mortality from this spot. 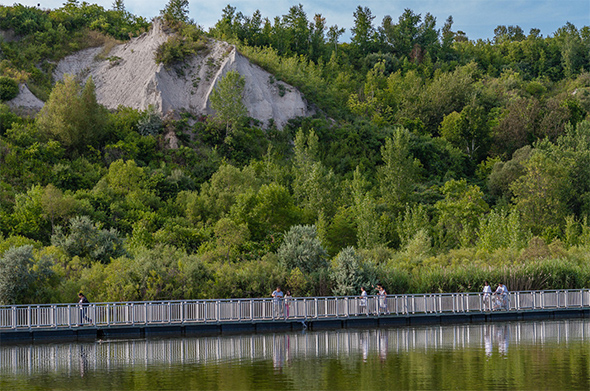 People have been coming to the Bluffs for hundreds of years. The name, in fact, dates back to Elizabeth Simcoe, who referenced the town in North Yorkshire, England when bestowing a title upon the area all the way back in 1793. The Simcoes considered having a summer house near the Bluffs to enjoy the bold shoreline, and from this the name for the surrounding city was coined. 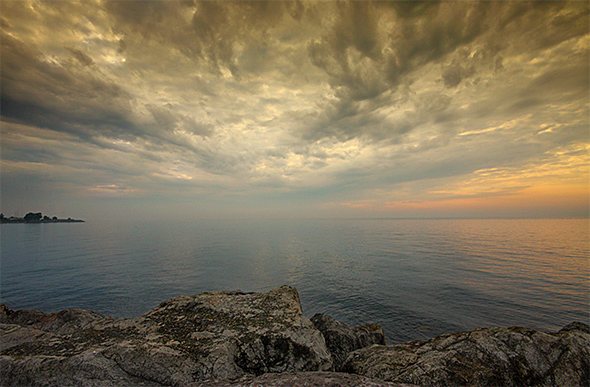 Perhaps the most remarkable thing about the Scarborough Bluffs is the number of times that you can visit and still find new areas to explore. As much as Bluffer's Beach is the centre of all the action, it's parks like Cudia, Cathedral Bluffs, and Scarborough Heights where you can absorb the splendour of it all in relative tranquility. 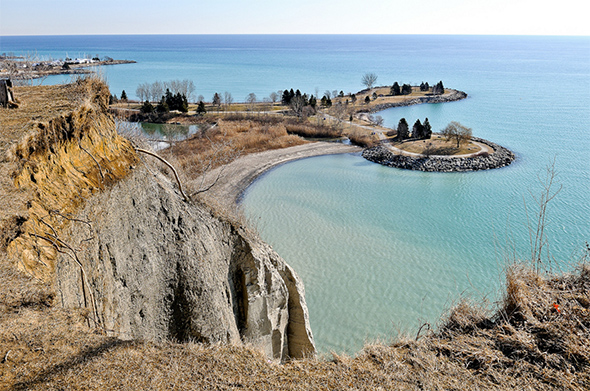 Part of what sustains our fascination with the Bluffs is how strangely mutable they are. I'm not referring to erosion here, but the manner in which the sandy cliffs change character with the seasons. To visit in the winer or late spring, you might imagine that you'd stumbled upon a lunar landscape, while in the summer there's an unmistakable lushness that's as beautiful as it is calming. 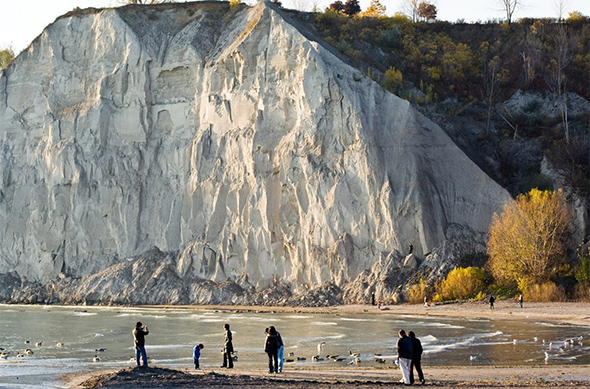 If ever you tire of Toronto, plan a trip out the Bluffs on weekday morning in the summer. It's hard to explain, but there's a serenity that surrounds this artifact from the ice age. Time seems to slow down here. After a few hours, your faith in the city will be restored and your spirit renewed.