Was the 2016 Toronto Pride Parade the best one ever?

This year's historic Pride Month wrapped up with the annual Pride Parade on Sunday afternoon. The parade was marshalled by Aydian Dowling, Salah Bachir and Vivek Shraya and featured The Prancing Elites, Jordyn Samuels and Black Lives Matter Toronto as the Honoured Group. 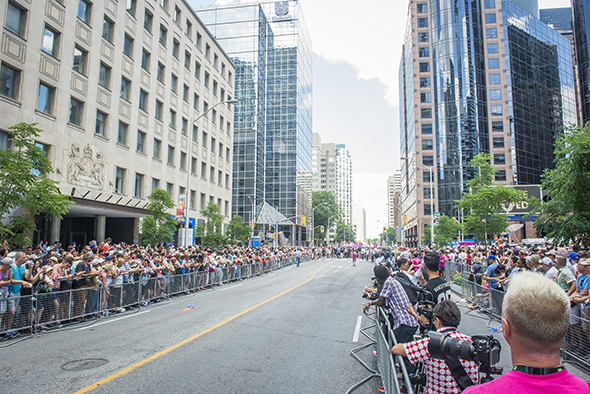 Like every year, I was excited to hit up Pride and repeat my experiment on the relationship between the severity of my sunburn and how many Palm Bays I can drink before remembering that I'm too old for coolers. The streets seemed especially packed this year, with people perched on barricades, sitting on window ledges, and even patronizing Wendy's on Yonge to stand on their raised patio.

After I found my friends and finally found a spot, we settled in for the 4+ hours of spectating. 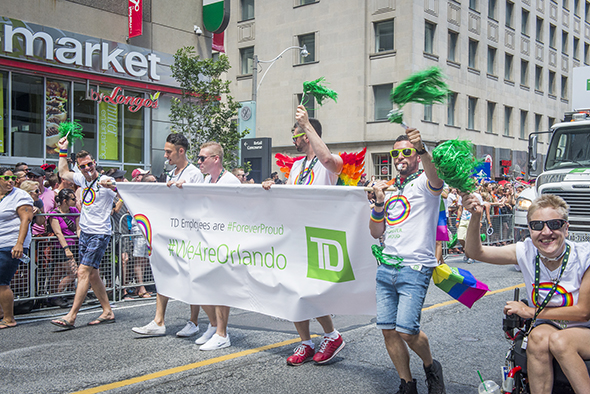 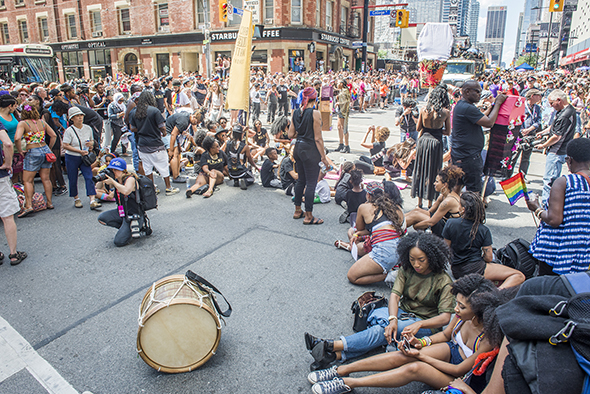 Shortly after the parade began, it was halted for about half an hour while Black Lives Matter protested the treatment of marginalized communities by Pride, continuing only after Pride Executive Director Mathieu Chantelois agreed to a list of demands. 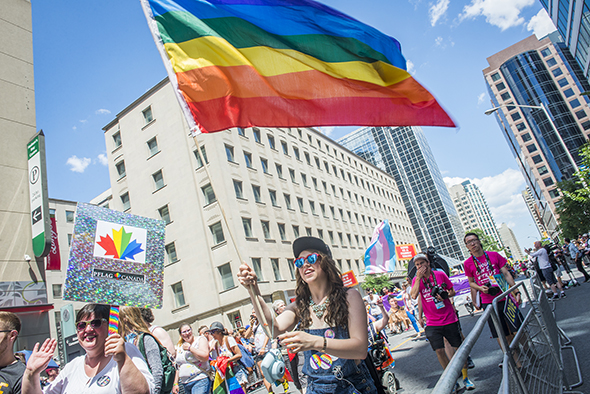 After the parade got started for the second time, the energy really started to pick up around me. There was a buzz going through the crowd where we were standing (fuelled by hashtag searches and CSI-level background identification) that Justin Trudeau was nearby. 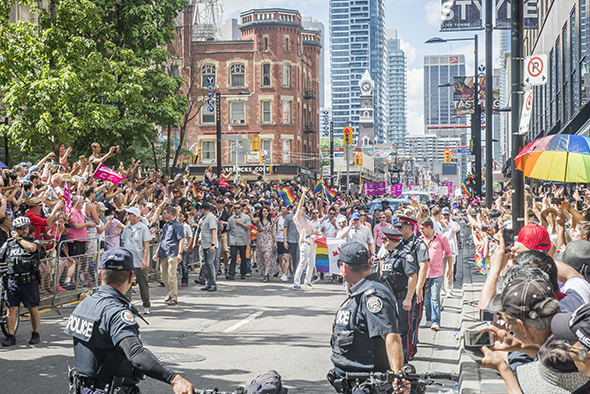 Just the speculation that Canada's political Harry Styles was nearby was enough to provoke absolute hysteria from the people around me. A wild-eyed gentleman beside me said he "couldn't wait to touch Justin." My friend, who I didn't think was a Liberal, turned to me and whispered purposefully that we had to push to the front as soon as we saw his hair. It was Trudeaumania 2.0, in its truest form. 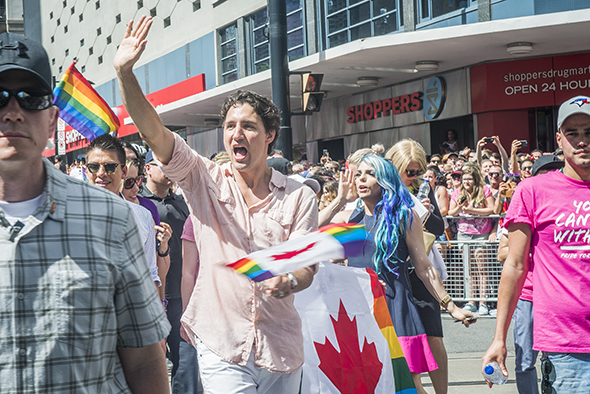 Soon, we did see his hair, and the crowd went wild. Spectators were screaming, people were holding out their hands and phones for photos, and even I found myself freaking out. (I had previously thought I hit maximum political fandom the time I saw Jack Layton in a grocery store and sweatily asked him to read my now (thankfully) defunct political Tumblr and tell me what he thought of it.) 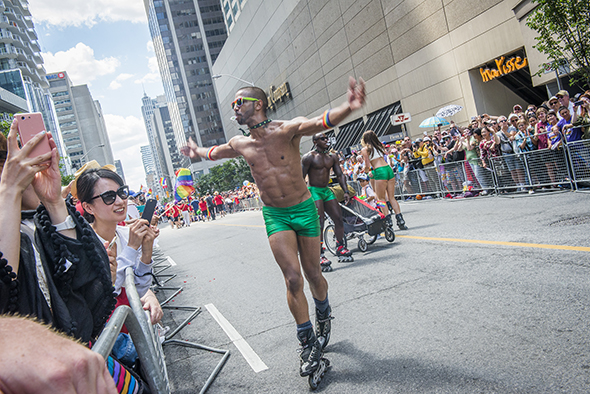 The post-Trudeau energy kept the parade going strong for the next few hours. With over 200 participants in the parade, there were tons of great floats and energetic paraders. Highlights included the Toronto Public Library, whose marchers carried signs with Pride-style re-imagined book titles (examples included Bi-Curious George and Pride Not Prejudice). 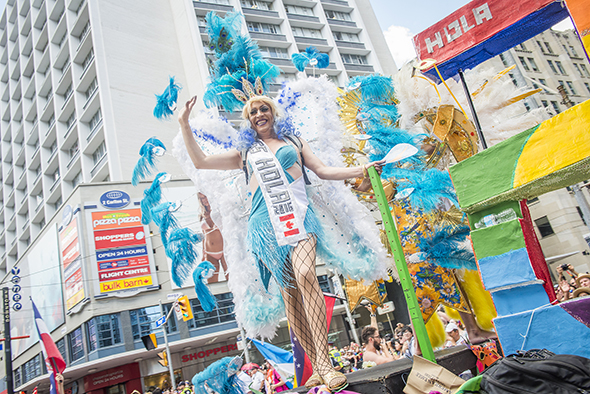 Then there was the TD Canada float, which featured Toronto drag queen Sofonda Cox, and of course, seeing the slightly less popular Isaac and Zac to Trudeau's Taylor, Kathleen Wynne and John Tory. 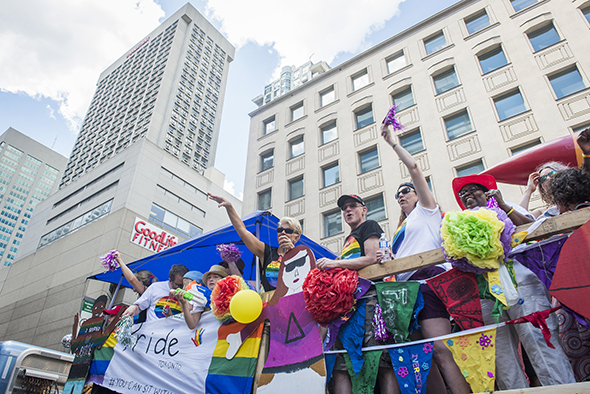 As the parade was winding down and we were getting ready to leave, I still felt energized and excited despite the hours of sun and the single Palm Bay I had consumed. As a city, Toronto can make some mistakes (see: 2010-2014). But Pride is one of the things we do really well. 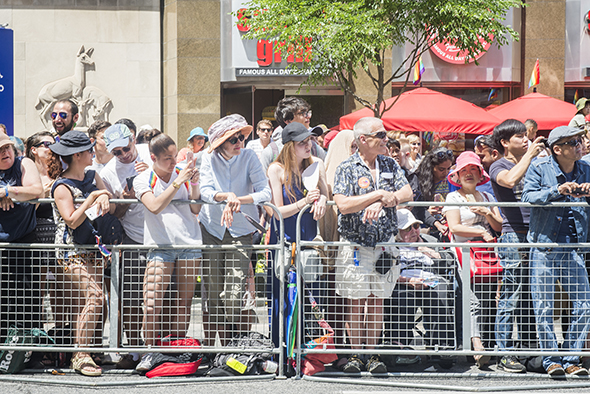 This year, history was made when Prime Minister Trudeau marched, which was not just an acknowledgment of Toronto's diverse sexual orientations, gender identities and gender expressions, but a celebration of them. While there's certainly lots of work ahead before all groups are validated, listened to, and feel safe, Toronto has a lot to be proud of.