Trans March in Toronto was largest in world history

Over 11,000 marchers strode down Yonge Street and crossed into Allan Gardens in what will go down as the largest Trans March in the world on Friday in Toronto. This more than doubles last year's march and is born out of a 2009 protest where Transgender, Two-Spirit, and Genderqueer people were not represented in any of Pride's programming. 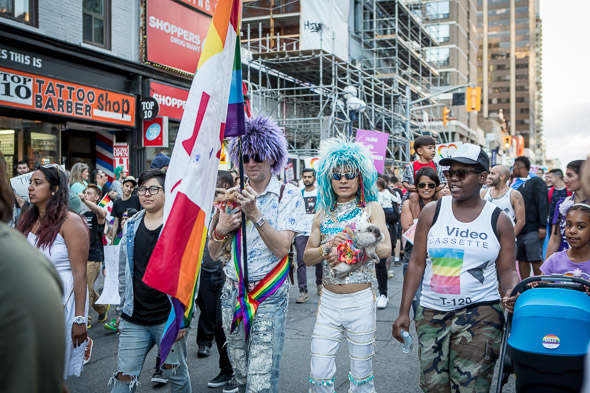 "This year is important for all of us, particularly after losing 49 members of our family in Orlando in June," local Transgender woman and activist Christine Newman says. 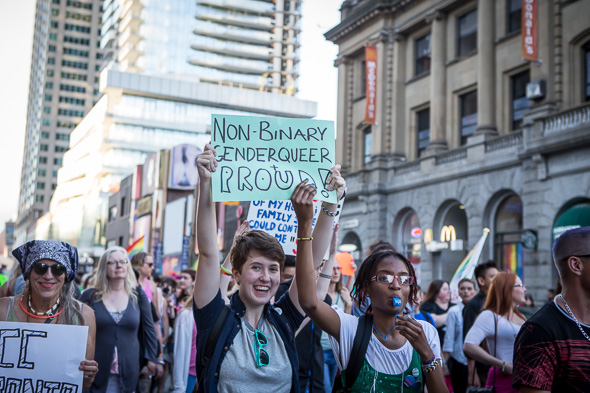 "While rights under the law are good, we are still not safe. We will continue to be visible, though, especially for those who see us, will follow us, and will encourage more conversations and understanding." 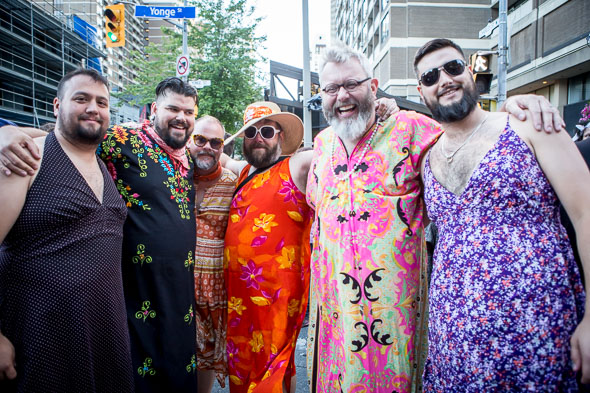 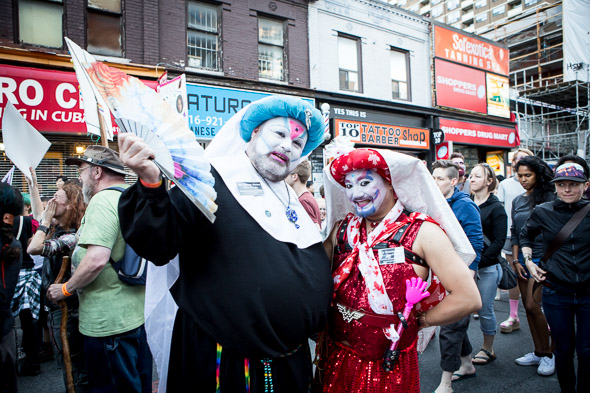 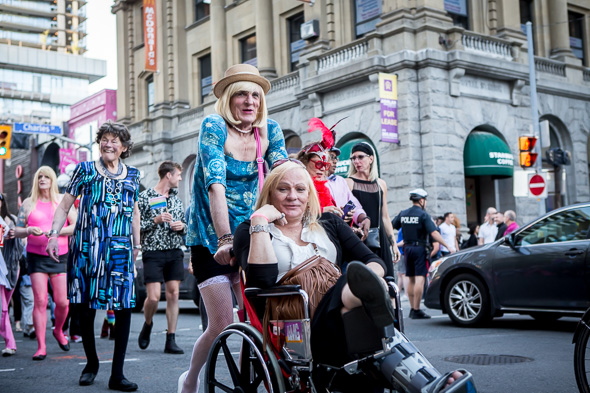 "This year's Trans March has for the first time in years a brighter future attached, with C-16 introduced in Ottawa in May, with new changes happening for provincial government ID, and other positive small steps being made in other countries," Newman says. 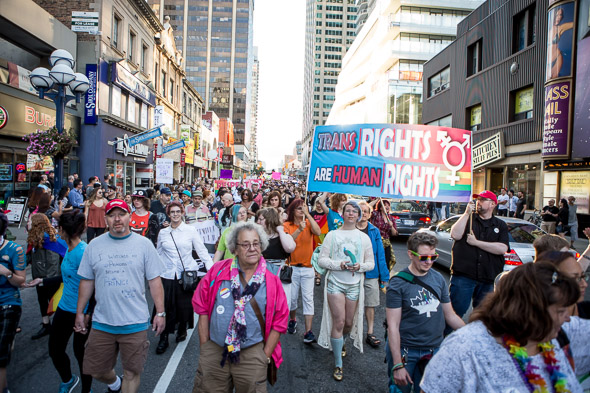 The march this year included a 10-minute sit-in to remember the victims in Orlando and to protest these inequities. 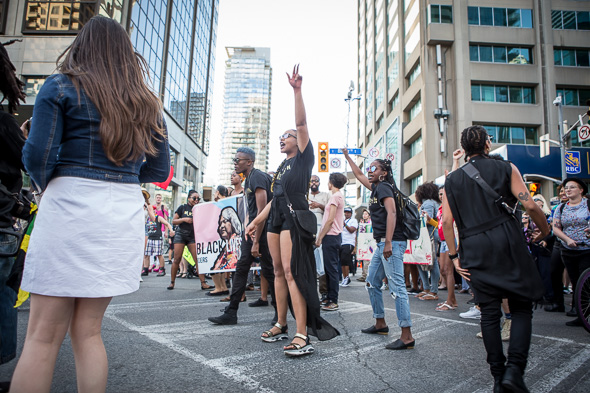 For the participants in the march, shouting the slogan, "Let's get critical! Pride is political!" harkens to the work which is left to be done in the community, and also a reminder of Pride's political roots. 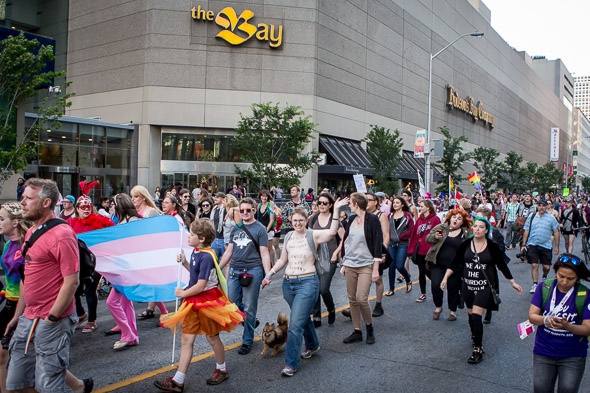 Transgender people have been active participants in the Pride movement since the Stonewall riots of 1969, through the Toronto bathhouse raids in 1981. The importance of keeping Pride political means that the local Trans community can continue to bring a political slant to other Pride celebrations throughout the weekend. 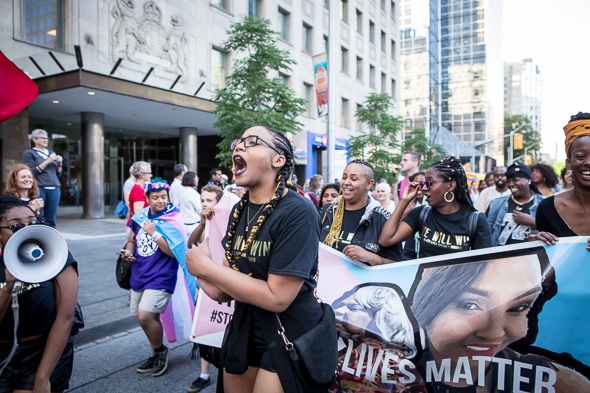 It is also a reminder that in over 80 countries around the world, it is illegal to be Transgender. In many cases, people are imprisoned for life and in some cases even given death sentences just for being who they are. 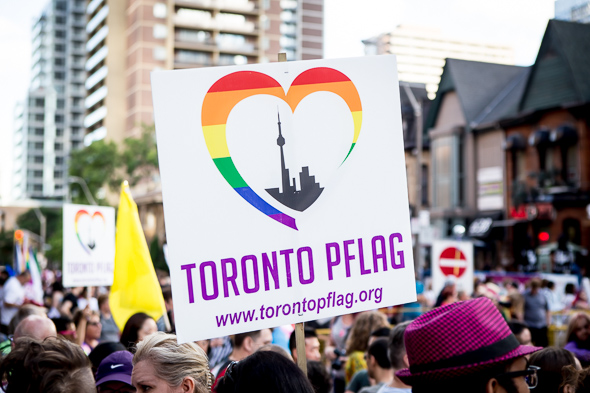 But for the thousands of people who lined up along Yonge Street, the future for Transgender people is brighter than ever, shown by the countless signs, cheers, and accolades of support along the way. 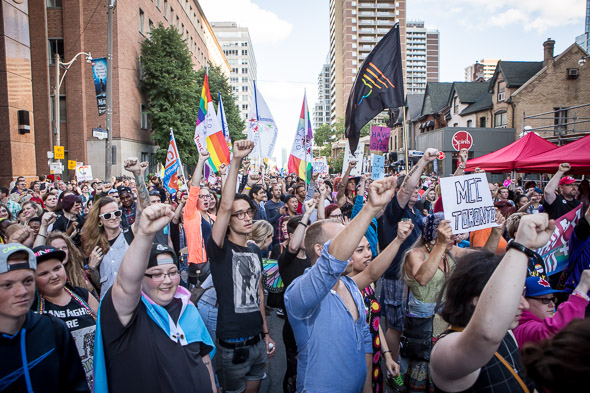 That the Trans march happened on Canada Day is also a statement that Transgender and Genderqueer people are becoming a part of an ever diverse Canadian society, one that strives to accept all people no matter who they are or who they love. We are all the better for it. 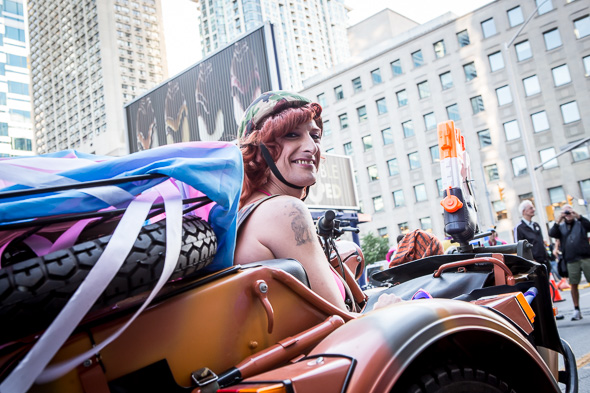 Writing by Rachel Lauren Clark, who is a member of the Pride Toronto board of directors. Photos by Jesse Milns.