This was the worst heat wave in Toronto history

Toronto might suffer during today's heat waves, but before the advent of air conditioning, an extended period of 30+ Celsius temperatures could be downright dangerous. Such was the case during the city's worst ever heat wave, which took place between July 8 to 15, 1936.

Few people were much interested in taking photographs of the scene, but reports indicate that tens of thousands slept by the waterfront during the peak of the heat, city parks were brimming at night, and people stuffed into public pools and air conditioned movie theatres like sardines. 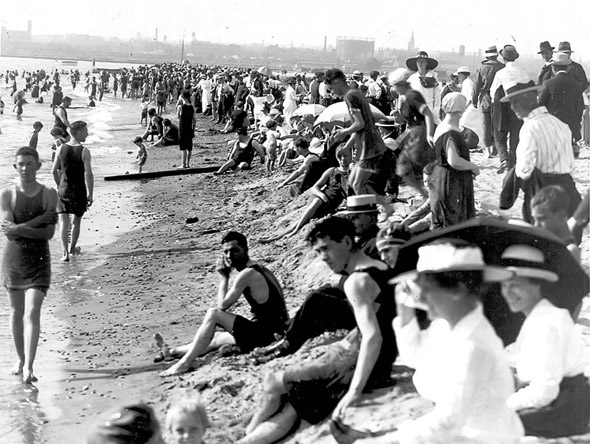 Anything that could be done to escape the scorching temperatures was done, but the options were limited. Home air conditioning wasn't widespread, so people had to rely on cold showers, electric fans, and bouts in front of their refrigerators.

Ice delivery was made on Sunday, The Cherry Street bridge expanded severely from the heat, and many businesses closed up shop during the height of the heat wave. Wealthy residents fled the city for cottages.

The temperature peaked at over 40 Celsius for three days in a row (July 8-10) before dropping to the high 20s, which felt like an immense relief at the time but was in fact still well above average. 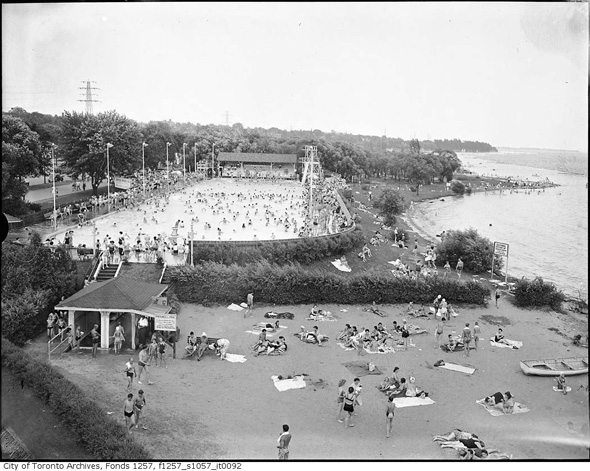 In fact, the summer of 1936 was historically hot. Other cities in North America experienced similar fatalities as a result of the unrelenting temperatures, and the economic toll from drought and crop loss.

Before the heat broke, over 225 residents had perished from the punishing weather in Toronto. Fatalities across the country are estimated at 1,180 for the week, while the total heat-related deaths across the continent during the summer of '36 exceeded 5,000.

Next time you characterize the weather as sweltering, think back to 1936.

Photos of local beaches from the Toronto Archives.