You may have had an early wake up call in Toronto this morning. That's because at around 5 a.m. we got hit with a massive thunderstorm, and this one was particularly loud - so don't be embarrassed if you were cowering under your sheets in terror.

For about an hour, the lightning was so intense and frequent that it seemed as though the sunrise had come early. The rain was also heavy enough to cause localized flooding, though most of it had dissipated by the time the storm passed on.

The storm caused a few TTC delays, which have since cleared. Environment Canada lifted its severe thunderstorm watch at 6:15 a.m. and it should remain dry for the remainder of the day. Expect a high of 33 C, but thanks to the humidex it'll feel more like 37 C.

And if you're feeling groggy this a.m., you're probably not alone. The scary-sounding thunder woke many of us up earlier this morning. So here's how Toronto reacted to the storm. 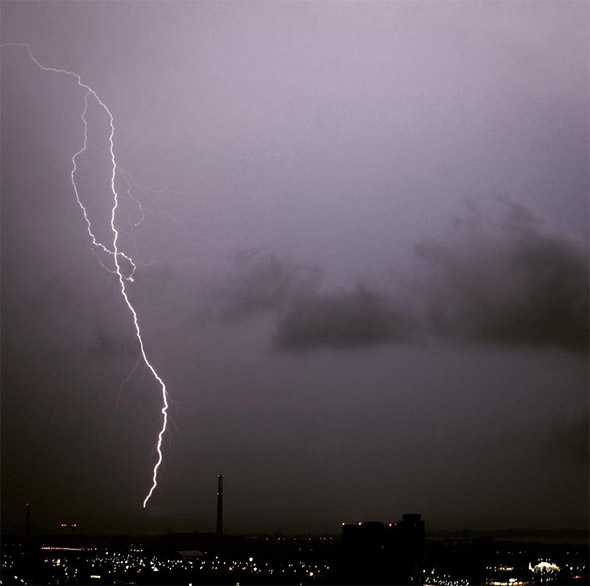 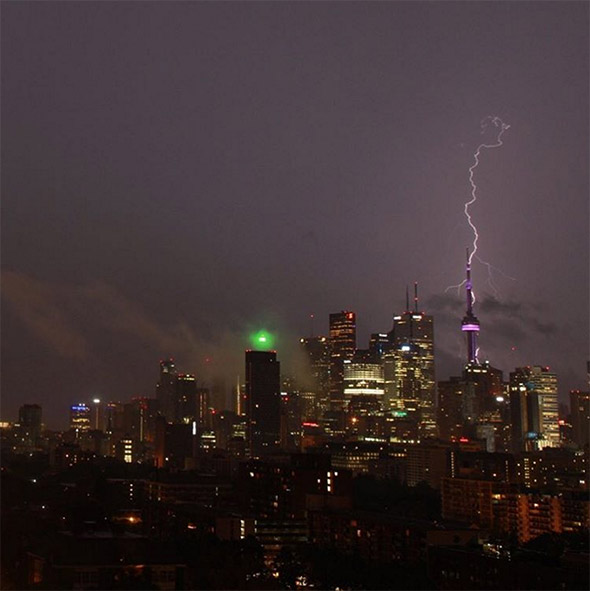 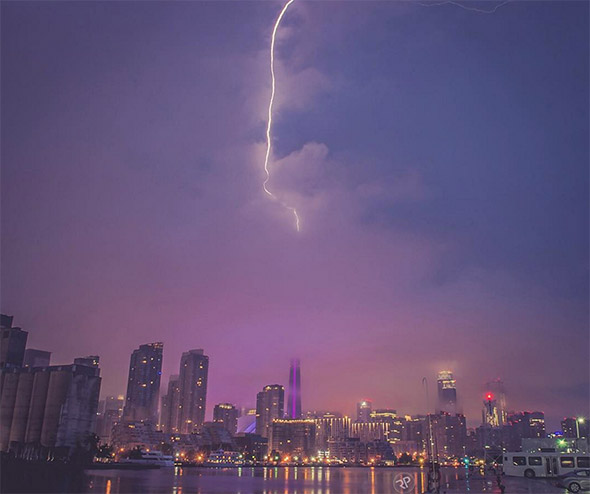 Wowza! I can't remember the last time #Toronto had such a #storm. Here's a short time-lapse pic.twitter.com/gxnrekZT9N

A young #Raccoon spent much of the night stuck in our #Toronto bin. At least he missed the huge storm and stayed dry pic.twitter.com/DfFhctJmrU

It's dark outside... It's 8:29 am in the morning in mid summer. Yet it looks like the dead of winter. Thank you Toronto storm. #nochill

ok but the real question is - what kind of pokemon spawn in a thunderstorm? #torontostorm #pikachuseverywhere

Normally love a bit of thunder and lightning, but that's one big storm we are currently getting in Toronto! Easily 4/5 strikes a min ðŸŒ©â˜ˆâ›ˆâ˜‡

Anyone in Toronto just get up at the sounds of this storm? Just heard the biggest thunder crash of my entire life...

Lead photo by CJ Burnell via the blogTO Flickr pool.