Toronto has made great strides when it comes to heritage preservation over the last decade, but that doesn't mean that every historical building is deemed worth saving. Modernist buildings in particular are under the greatest threat of redevelopment, as they're often architecturally undervalued or deemed too young to save.

The Architectural Conservancy of Ontario keeps tabs on at-risk buildings in the hopes of advocating for their preservation. It's tough to save a building without heritage designation, but one of the first steps in the process is awareness of what's at risk.

Here are 5 Toronto buildings that might be lost to redevelopment. 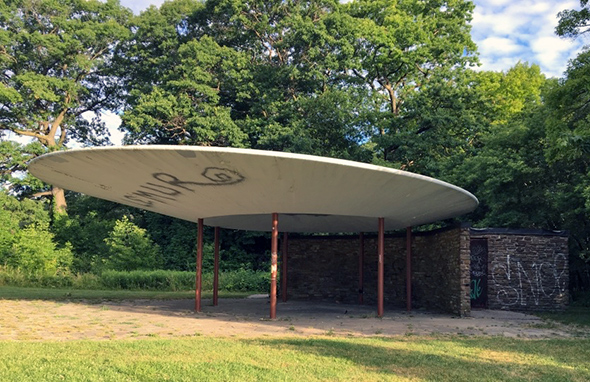 South Humber Park Oculus
The Humber Bay Park Oculus is the type of modest mid-century structure that doesn't get much notice until someone takes up the charge to save it. After plans were released to demolish the stone washrooms and re-clad the pillars, a petition was started to protect the structure from these unfortunate refurbishment plans. 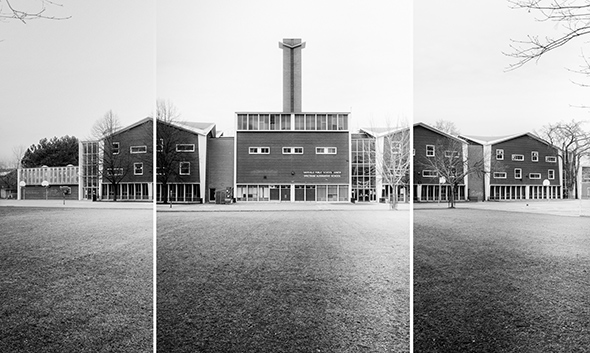 Davisville Public School / Metropolitan Toronto School for the Deaf
Having gone to junior school here, I have a soft spot for this building constructed in 1962. Toronto District School Board architect Peter Pennington took influence from the Googie style in the sloped roof and dramatic porte-cochĂ¨res at the school, which has been slated for replacement by the TDSB. 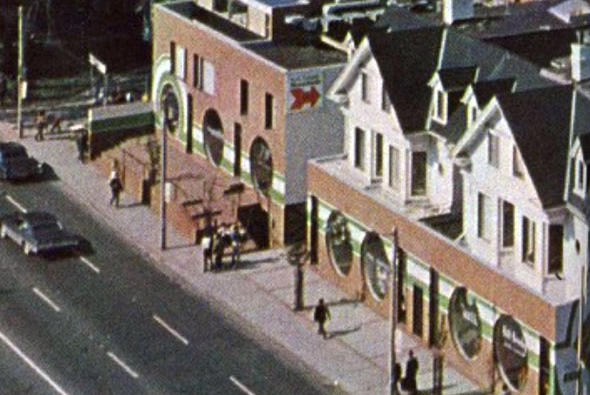 York Square
Another bit of modern architecture under threat is York Square, a series of buildings at Yorkville and Avenue Rd. built in 1968 that were one of the city's first true examples of adaptive re-use. The latest plans call for the new development to wrap around the existing buildings, but there are still concerns that the character of A. J. Diamond and Barton Myers original work will be compromised. 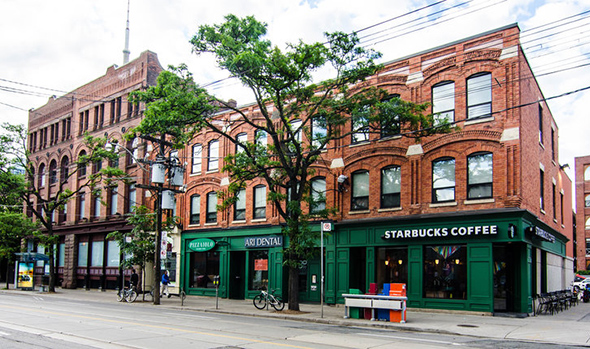 489, 511, 519 King Street West
The redevelopment of this block proposed by Bjarke Ingels Group for Allied REIT and Westbank Corporation is as bold and innovative as they come in Toronto, but concern has been shown over how the new design treats the existing historical buildings, and heritage proponents are calling for the contemporary structure to be set further back so as not to envelope the current properties.