Toronto is already home to dog macarons and gourmet pet meals and now, gelato has gone to the dogs too.

G for Gelato has whipped up a special dairy-free hazelnut recipe with a soy base, and while the frozen treat is fit for human consumption (I tried some, it's good.), they're sprinkling it with chewy little dog treats and marketing it towards four legged friends. 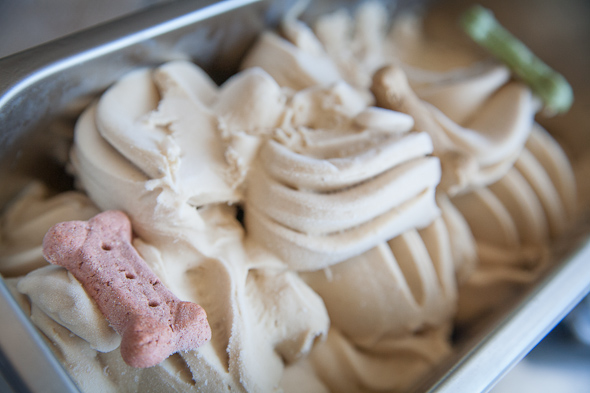 It's a staple in the freezer case at Lick It Gelato on Toronto's Harbourfront too. The gelateria across from PawsWay was the first in Toronto to formulate a frozen treat for dogs and has been serving its own peanut butter banana, 0% milk fat yogurt gelato for dogs going on four years now. 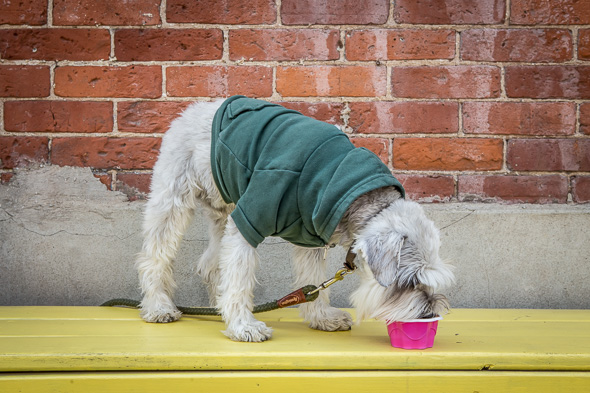 @lildogbigcity was among the first to sample some at G For Gelato and he literally licked the bowl clean. There will be no more denying those puppy eyes when you treat yo'self on a hot day.

Will you feed your dog gelato? Let us know in the comments