The top 10 Toronto buildings from the last 5 years

The top buildings constructed in Toronto over the last five years highlight the fact that this city is only getting better when it comes to architecture. From academic buildings to condos, Toronto's architectural stock continues to increase in stature with daring designs from both local and international firms.

Here are my picks for the top buildings in Toronto from the last five years.

Aga Khan Museum
Completed in 2014, Fumihiko Maki's Aga Khan museum is white granite jewel near the DVP and Eglinton. A mix of modern design and classic Islamic architecture, it has quickly become one of those buildings the city likes to boast about. 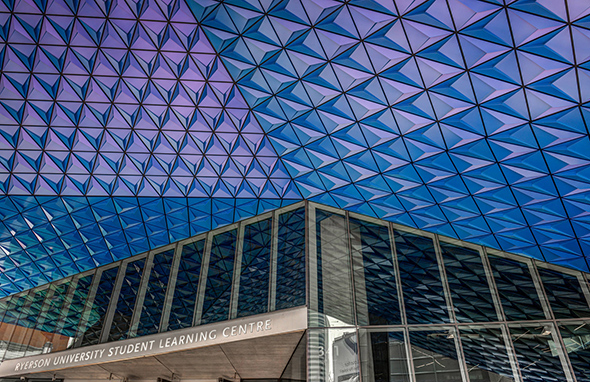 Ryerson Student Learning Centre
Designed by SnĂ¸hetta and Zeidler Partnership Architects, this dazzling building features a room that's designed to mimic a beach, multiple green roofs, and a stunning facade. It is a worthy entranceway to the Ryerson campus. 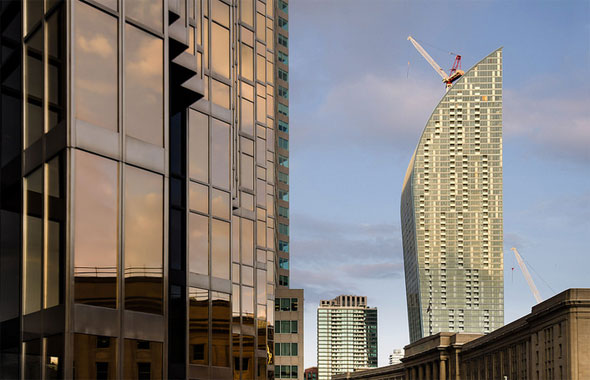 The L Tower
There's still a bit of work to be done on Daniel Libeskind's L Tower, but it's already a highlight of Toronto's skyline. Rising above the Sony Centre, its arched upper floors make it appear as as a knife in the sky. It's also a reminder that glass condos can be designed with flare. 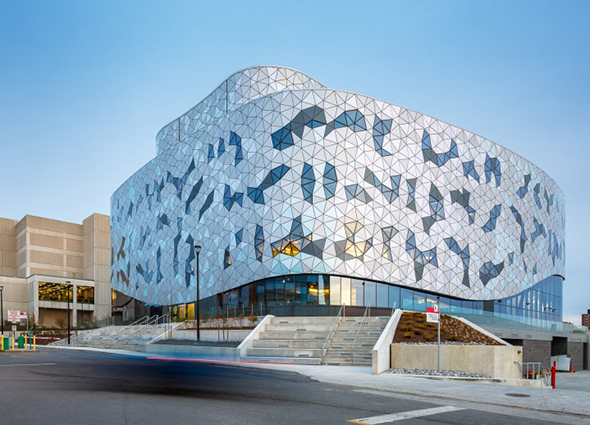 York University Bergeron Centre
There was a time when the mere thought of a building as beautiful as the Bergeron Centre being located at York University would have been laughable, but it's now the crown jewel in an architectural turn-around that's witnessed the campus transformed over the last decade. ZAS architects nailed this one. 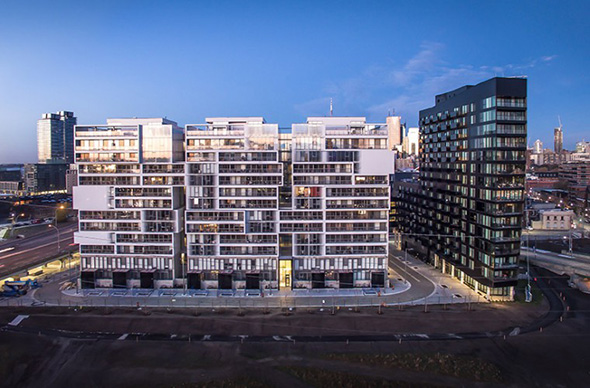 River City Phase 2
The River City complex is one of the most exciting condo projects in the city. Phase 2 is even bolder than the first, showing off the architectural vision of Saucier+Perrotte and ZAS Architects in joint venture. Three glass towers are linked by passageways between them for the antithesis of glass box condo. 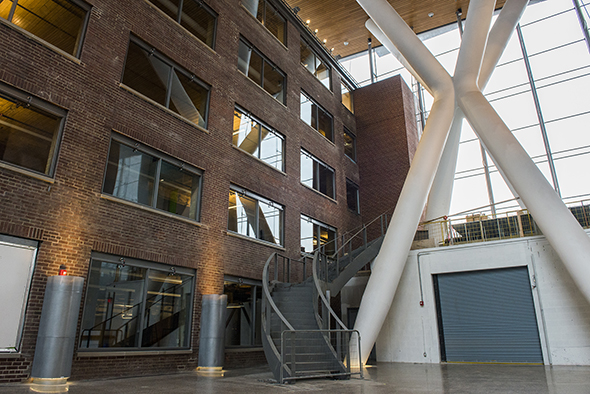 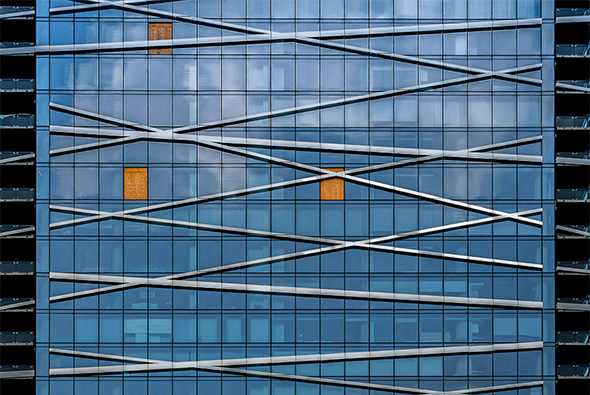 Theatre Park
This elegant condo from Architects Alliance is a stunning addition to King St. and the Toronto skyline with its lattice-like facade and narrow podium. Most people walking by take a moment to snag a glance at the building, and that's a sure sign of success. 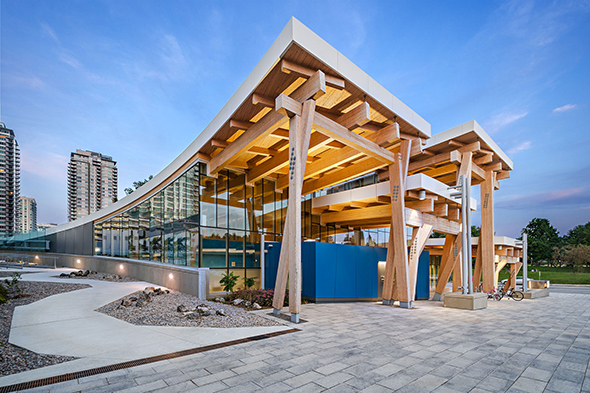 Scarborough Civic Library
This is the quintessence of a modern library, with lots of exposed wood and light pouring through the floor-to-ceiling windows. LGA Architectural Partners have delivered the city a wonderful building and community hub that you can just tell will age very well. 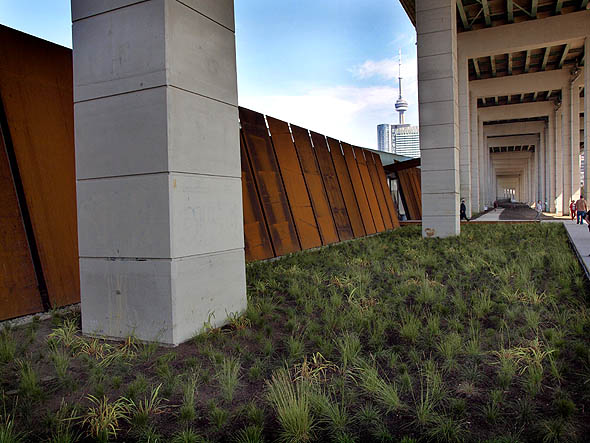 Fort York Visitor Centre
Perhaps because of its semi-hidden location, this building doesn't tend to get the love it deserves. The exterior fittingly recalls a fort with its oxidized steel panels and a pseudo grass moat and blends into the site without detracting from the historical buildings. The arrival of a pedestrian bridge should bring more attention to this stunning bit of architecture. 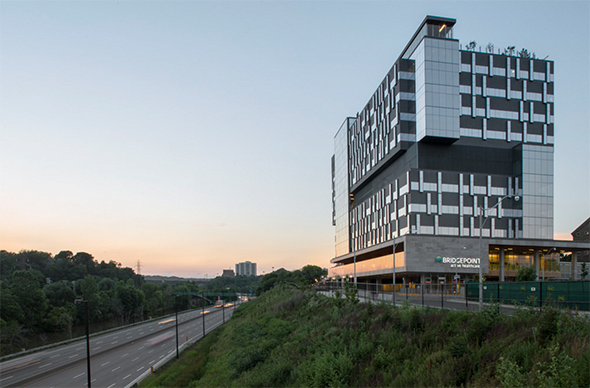 Bridgepoint Health
The arrival of Diamond Schmitt Architects Bridgepoint Health Centre wasn't without some loss. The lovely mid century Riverdale Hospital was torn down to accommodate the new complex, though the original Don Jail buildings were preserved. Bridgepoint hovers over the Don looking both modern and stately.

Did your favourite building make the list? Add your suggestions in the comments.