What kind of apartment does $2250 get you in Toronto?

The $2250 apartment in Toronto is a strange beast. There's no shortage of lovely units out there, but it's also possible to get played with rentals that tout lots of space but don't offer much when it comes to aesthetics. Spend a couple hundred bucks more and you might get both, but if you're paying just above the two grand mark, there's still trade-offs.

This is what a $2250 a month apartment looks like in Toronto. 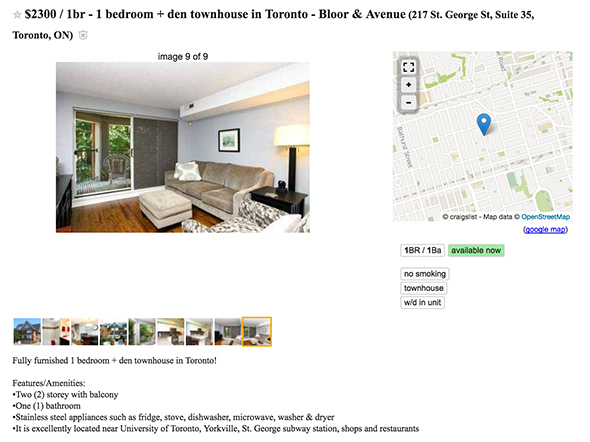 $2300 at St. George and Bloor
If you have more than $2000 to spend on monthly rent, you can afford to get choosy about the area you live in. This unit is a case in point, but it's worth noting that you're only getting one bedroom plus den, and half of your living space is in the basement. On the plus side, there's a nice balcony. 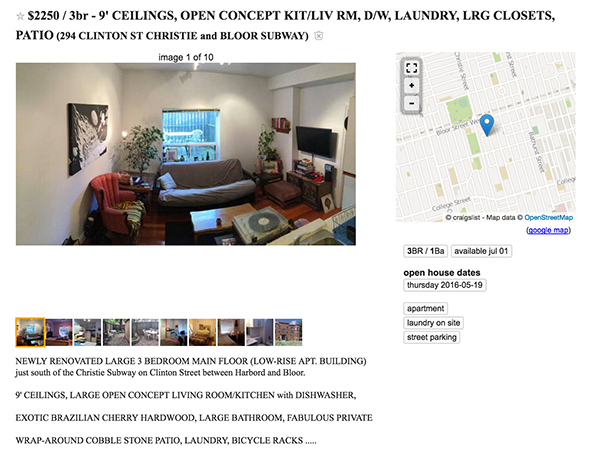 $2250 at Clinton and Bloor
This price point will certainly buy you space, if that's what you're after. This three-bedroom apartment doesn't feature the most stunning interior design, but it's hard to argue against the ratio between space and neighbourhood. There is some outdoor space that tenants have access to, but it's not much of a yard. 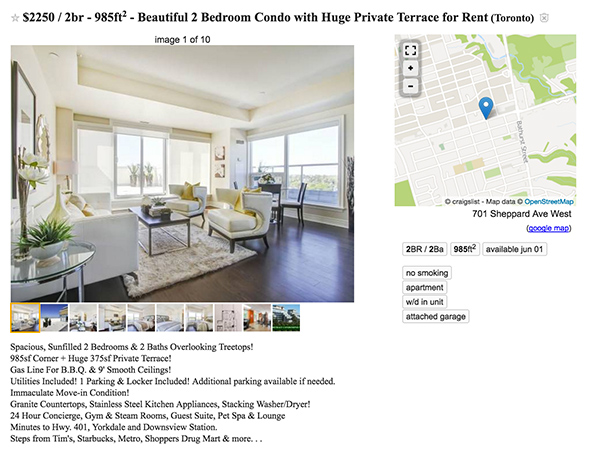 $2250 at Bathurst and Sheppard
Should you be looking north of the 401, $2250 a month buys you envy-worthy space. This condo unit on Sheppard is nearly 1000 square feet, but the best part might be the 375 square foot balcony/terrace. There's also stainless steel appliances and all the amenities that someone is paying condo fees on. 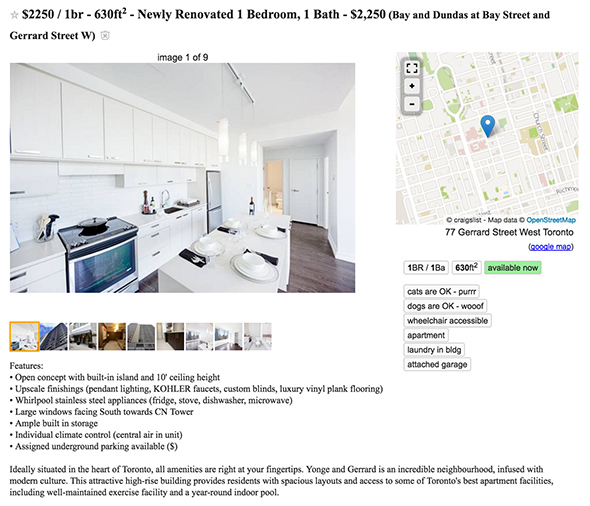 $2250 at Bay and Gerrard
Plenty of people would scoff at forking over this much rent for a one bedroom when one could be investing in real estate, but the fact remains that this place has some serious pimp-appeal. This isn't a new building, but the unit itself is as pretty as contemporary rentals come at this price-point. 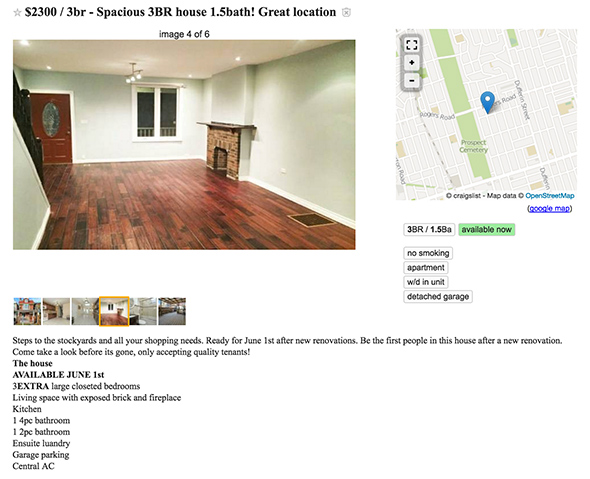 $2300 near Dufferin and Rogers
It's not all apartment buildings and condos that you might be after when spending a couple of grand on an apartment - a significant part of the rental market in this price range is small homes. This one has its up and downs (the basement is part of the living space), but it could really work for a family living in Toronto on a temporary basis. 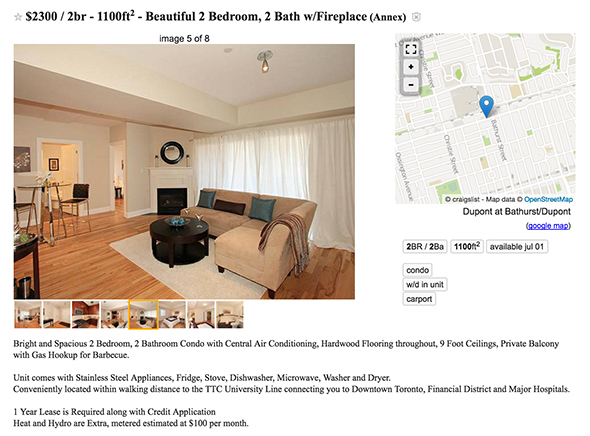 $2300 at Dupont and Bathurst
In some way, this is the quintessential $2250 apartment in Toronto (even if it's listed at $2300). You get two bedrooms if you move off the main drags, but you also gain laminate floors, high ceilings, and a huge bathroom. It's nice to be able to pay this, but it must always be weighed against buying a place.