Toronto of the future reimagined in neon lights

This is the future Toronto as depicted by artist Stephen Osborne in Neodot City. The ongoing pixel-art series reimagines the city's landscape as a cyberpunk playground, inhabited by "futuristic characters, urban decay and advanced technologies," as described in Osborne's artist statement. 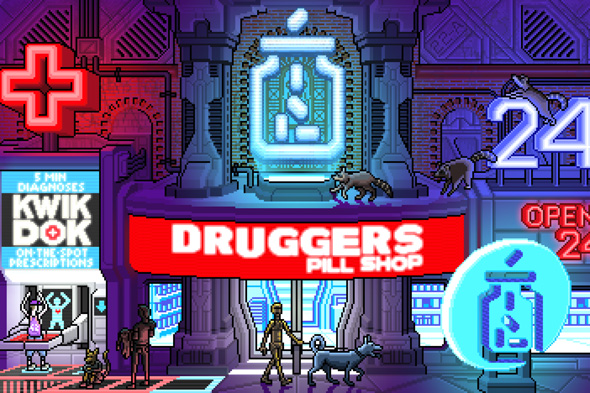 Osborne said this project stemmed from his fascination with how the city has changed over time aesthetically.

"You see houses with storefronts built into the front yard, and you have signage hanging off of old Victorian houses. The layering you get, it's really interesting," he said.

"So I just wanted to take that further - to imagine what Toronto would look like in the future."

Each piece in the Neodot City series features an existing Toronto locale, transformed to reflect Osborne's idea of what it will look like in the years to come. 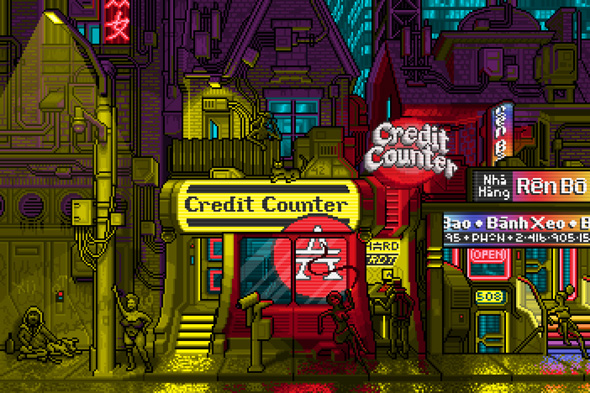 In this future Toronto, the residential area on Bathurst north of College has become a shady commercial corridor; the Lillian H. Smith Library has been converted into a pristine, high-tech shopping plaza; the Drake, the Gladstone and the Fairmont Royal York are all still hotels, but with new embellishments and new, punny names. 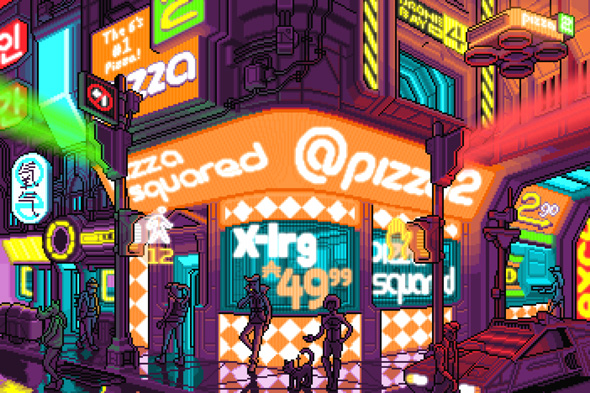 It's open-ended whether this future Toronto should be feared or embraced.

"I guess it's your position," Osborne said. "If you think there's nothing wrong with changing genes, swapping them around and stuff, it's up to you. I'm not saying it's negative or positive. I'm just presenting it." 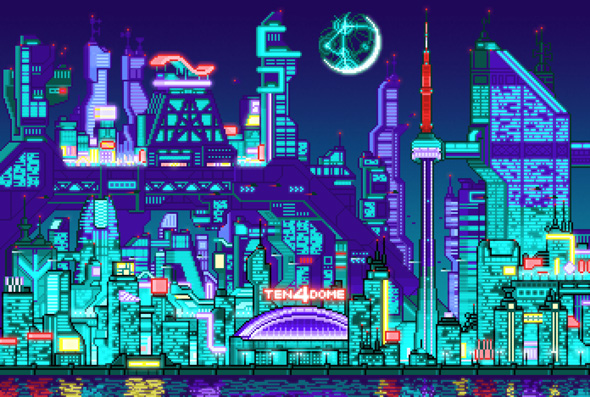 Osborne said that in creating this series, he took inspiration from the late sci-fi author Philip K. Dick and from the concept artist Syd Mead, whose designs are featured in sci-fi films such as Blade Runner (based on Dick's novel, Do Androids Dream of Electric Sheep?), Aliens and TRON.

Osborne's been working on this project for about eight months now. Given the amount of detail, each piece involves a painstaking process, taking about 20 to 30 hours to complete. All the illustration is done in MS Paint, while the layering and transparency effects are done in Photoshop. 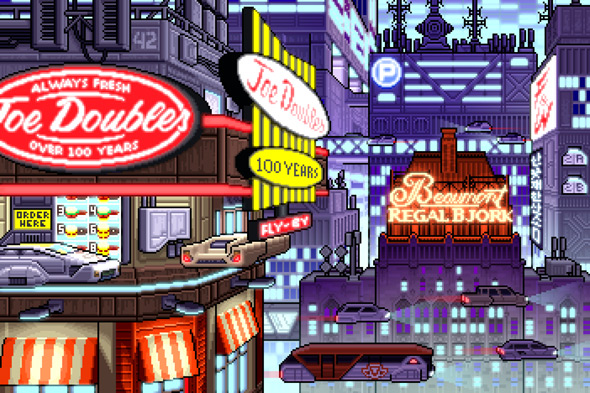 The Neodot City series is currently on display at the Gladstone Hotel's Melody Bar as part of the No Subject Art Exhibition.

On May 14, the Gladstone will be hosting a silent auction during which attendees can bid on Osborne's pieces and the other art on display. Half of the proceeds will go to the artist, while the other half will go to the charitable organization Rainbow Railroad.

The auction will run from about 6:00 to 8:00 p.m. and will be followed by live music and karaoke. 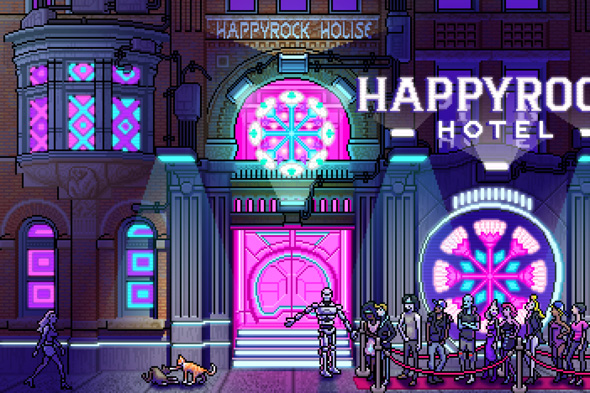 Images courtesy of the artist.