What kind of apartment does $750 get you in Toronto?

The $750 apartment in Toronto that's nice to look at and live in is akin to a myth, something you hear that a friend of a friend has in Parkdale, but you never actually see listed anywhere. On the contrary, what you tend to find is unit after unit in basements across the city described as "charming" and "open." There are livable spaces out there, but your expectations need to be adequately lowered.

This is what a $750 a month apartment looks like in Toronto. 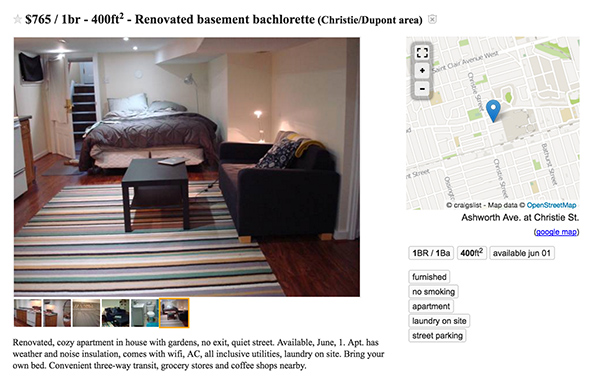 $765 near Christie and Dupont
For the most part, units priced in this range tend to be well outside of Toronto's central core. The area around Christie and Dupont is, however, one of the few places in the city near many amenities that one can snag a deal on an apartment. Is this unit one of these? That's dubious. It's well maintained and not a cubbyhole, but you wouldn't want to pay much more. 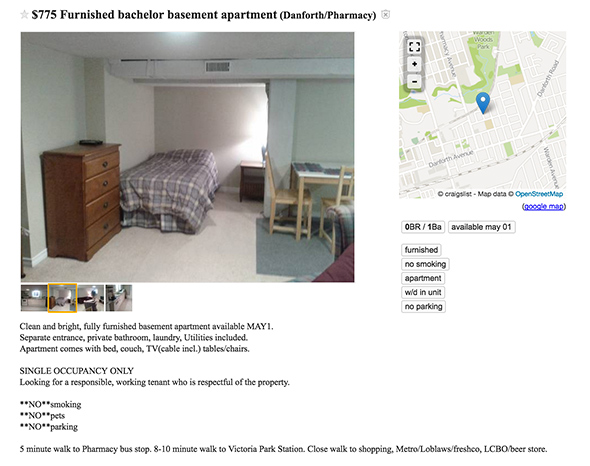 $775 and Danforth and Pharmacy
You tend to see far more furnished units at $750 than, say, $900. That's probably a good thing for students and those on a strict budget without the ability to spend on furniture but it can pose problems for anyone who's already acquired stuff. This unit is a basement bachelor but as a little nook for the bed that lessens the sense of sleeping in the kitchen. 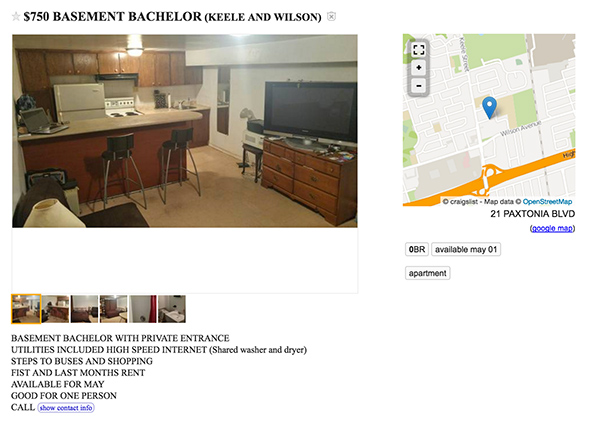 $750 at Keele and Wilson
Heading out of central Toronto is the best way to get a nicer apartment at this price point. No, it won't be the Ritz, but there are plenty of bachelor units in semi-suburban homes with decent kitchens and ample space for a single tenant. As a bonus, your TV looks even bigger in a small unit. 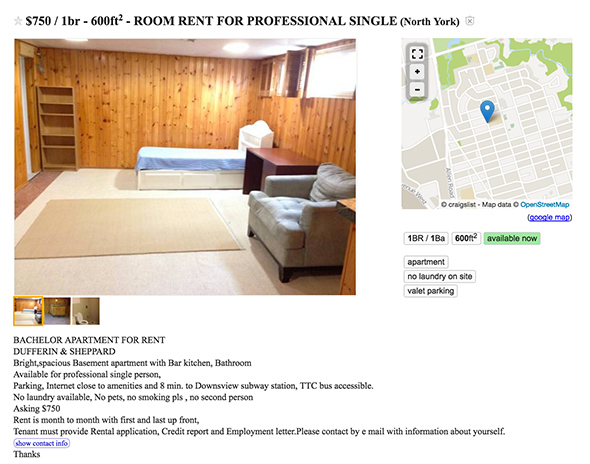 $750 near Downsview
You won't have to sign a lease at this Downsview apartment, but a credit check is still required. On the bright side, it's big for a bachelor and only 8 minutes from the subway. You will, however, have to be okay with that 1970s-style wood paneling. 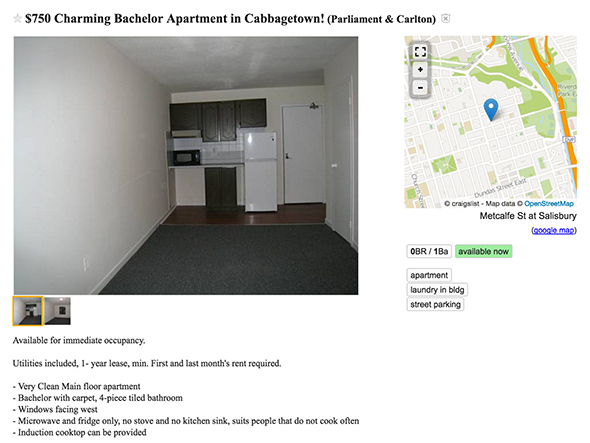 $750 in Cabbagetown
Along with outright scams, units listed around $750 will occasionally have major drawbacks, particularly those located in desirable neighbourhoods like Cabbagetown. This apartment lacks both a stove and kitchen sink. The former can be remedied with a hot plate, but the latter is a hygienic nightmare. Charming! 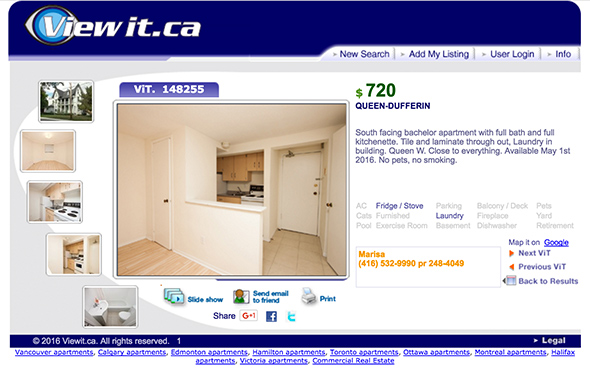 $720 near Queen and Dufferin
There are still a few gems out there at this price in Toronto if you're willing to live in a small space. This bright unit on the eastern edge of Parkdale won't work for someone with a big book collection, but it's got a decent kitchen, laminate floors, and there's laundry in the building.

Would you pay $750 for any of these places? Let us know in the comments.