What kind of apartment does $1750 get you in Toronto?

The $1750 apartment in Toronto is overwhelmingly made up of one-bedroom condo units along the waterfront and places like King West. For this amount of money, you're going to get something nice, but the challenge becomes finding something unique. So many apartments in this range are nearly identical to one other, but if you look carefully, there are less cookie-cutter spaces available.

This is what a $1750 a month apartment looks like in Toronto. 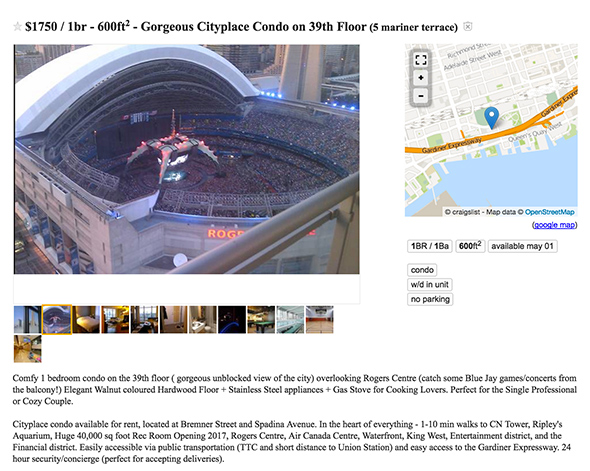 $1750 overlooking the SkyDome (Rogers Centre)
The perfect abode for the Blue Jays fan, this 39th storey unit hovers above the ballpark in the CityPlace community. The apartment is a spacious 600 square feet, but there's no balcony from which to hear home run celebrations. On the bright side, the building is stacked with amenities. 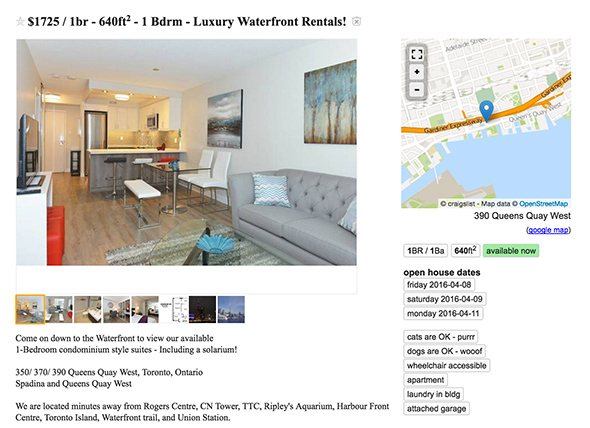 $1725 at Maple Leaf Quay
This pleasant apartment/condo is right on the water, but lacks the highly desirable south-facing view. That said, the highlight of these units is the solarium off of the bedroom that can be used as an office or reading room. If there was a perfect example of what you can get for $1750 in a newish condo, this is it. 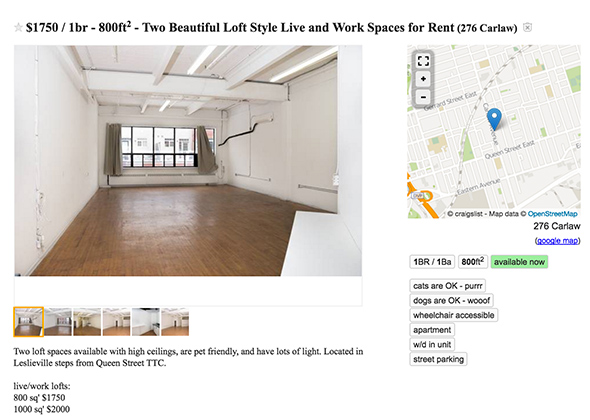 $1750 for a live/work loft near Queen and Carlaw
There are, of course, more interesting spaces that condos available for rent if you have $1750 to spend each month. Take this loft-space near Queen and Carlaw, for example. It's 800 square feet, with only a small section devoted to the kitchen and washroom. This is a real loft that can be configured in so many ways depending on the needs of the renter. Basketball net, anyone? 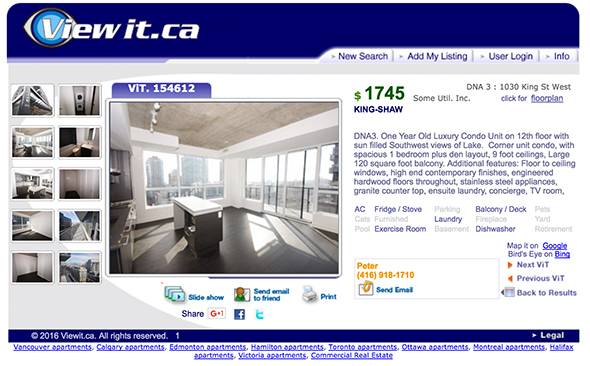 $1745 at King and Shaw
There's not much to dislike about this one bedroom in the DNA Condos near King and Shaw. Unlike condo rentals in the price bracket just below this, the finishing touches are considerably more polished, and you'll typically get some extra space via the inclusion of a den, which is the case here. 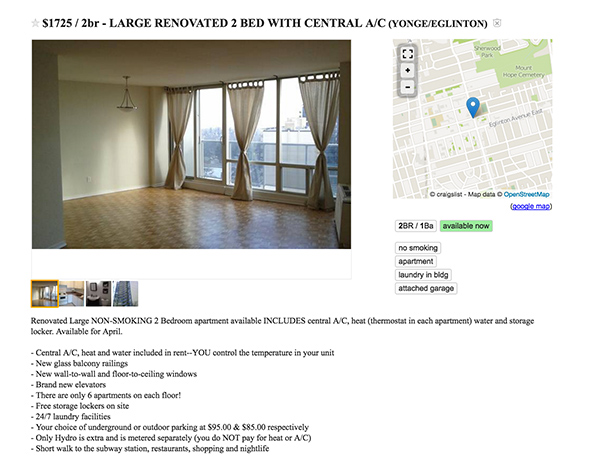 $1725 for two bedrooms near Yonge and Eglinton.
If it's size that you're after, older buildings still make an appearance at this price point. With this unit, you can enjoy the centrality of Yonge and Eglinton with two bedrooms. You will, however, give up the slick modern interior of the newer one bedroom condo units that tend to saturate the $1750 rental market. 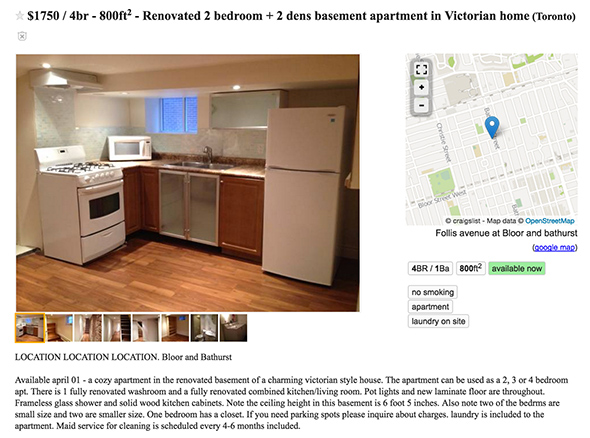 $1750 for a basement in the Annex
You might think that $1750 would get you out of the basement category, but not so. This is Toronto, after all. Still, the prospective renter(s) of this unit won't be short on overall space. It's listed with four bedrooms (two of which are small), which means you could probably stuff quite a few people in here. On the whole, the apartment is quite nice, but note that the ceiling height is just above six feet.

Would you shell out $1750 for any of these units? Let us know in the comments.