What it's like to live on a houseboat in Toronto

It's hard to believe Karen King and her boyfriend Josh BrassĂŠ live in Toronto. That's because they're currently holing up on a houseboat called Patience docked at Bluffer's Park Marina, a place that feels far removed from the denser parts of the city, despite being just a short drive away.

I visit on a rainy Thursday morning. A gentle fog settles around the trees that line Brimley Road South, a winding street that leads right down to the lake. As I walk down the wooden dock towards the boat, I hear a cacophony of birds chirping as a pair of swans glide slowly through the water - it's idyllic. 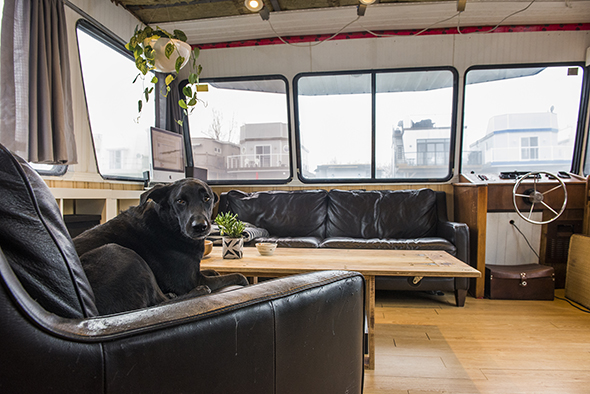 Karen and Josh share the boat with their dog Dutch and cat Nigel. It's small, about 400 square feet, but it's surrounded by windows as well as two outdoor decks, which overlook the lake as well as Bluffer's other float homes. 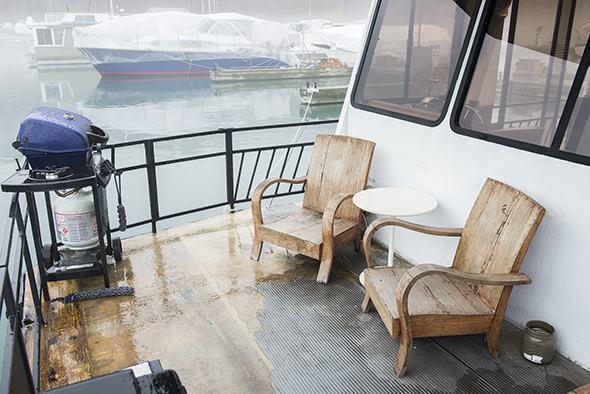 Josh has big plans for the space, which already looks nothing like how I'd imagine a houseboat to be. It's modern and outfitted with a projector for movies, leather couch and built-in shelving units. 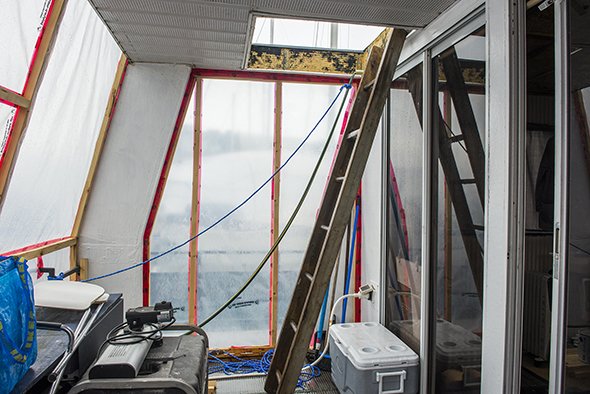 They sleep in a loft; it's a cozy little bedroom and features an east-facing window, where they can watch the sunrise in the morning.

"It's about half of what we were paying for a condo," says Josh. He and Karen used to live by the AGO. She wanted to stay downtown, but Josh dreamed of moving to the country. When they found out they could buy a houseboat and live in it here, they knew they had to go for it. 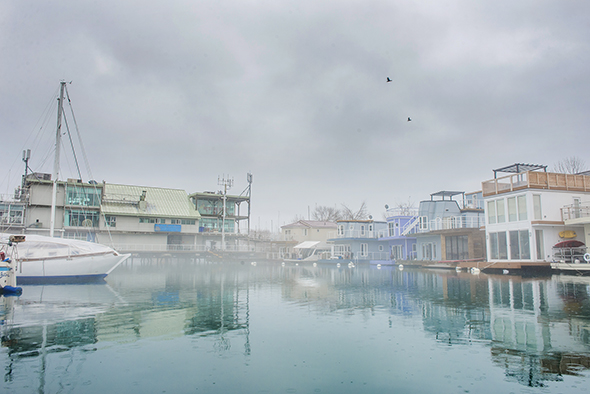 They bought Patience in October and got in the water one month later. On average, it costs boat owners $900 per month to park in the marina - that includes electricity. But life on the lake, however, isn't always easy. 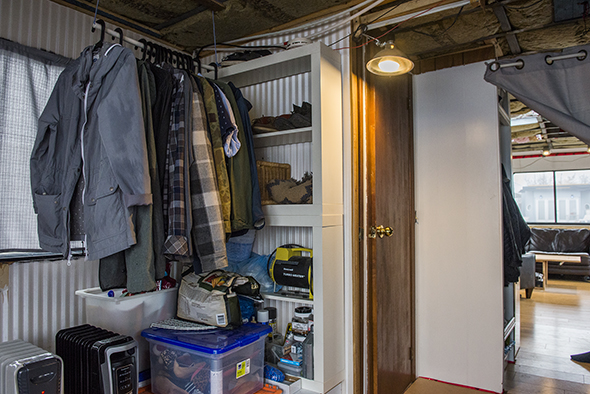 In the wintertime, for instance, King says they need to go to the marina building to shower. Their pipes often freeze, including the one that fills up their water tank. And, they have to manually pump out their own sewage into a mobile cart called the Honey Wagon. Josh describes the process as a disgusting one and luckily, he's had to do it only twice thus far. 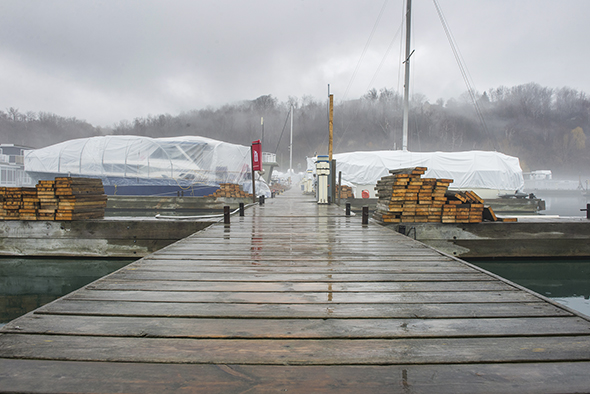 In the colder months, many boat owners surround their homes with bubblers to keep ice away. Josh and Karen didn't, so they had to chip the ice away themselves. Thankfully, this winter was rather mild. 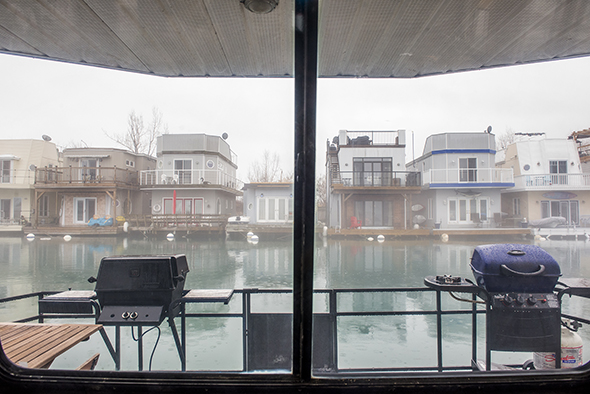 Now, they're looking forward to the warmer days ahead when they'll finally get to start using their two barbecues - they're hoping their friends will start making the trek out east. Though, both of them have no problem traveling to Parkdale each day for work. 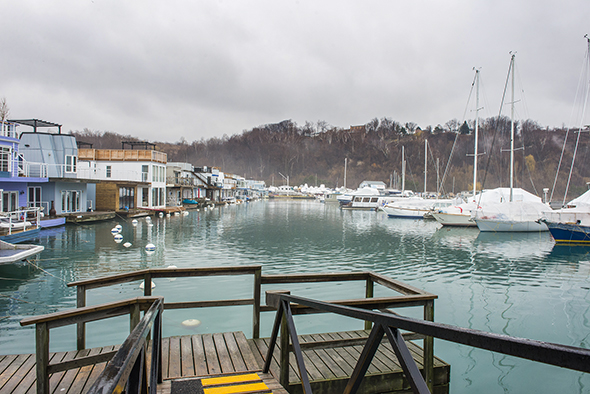 Karen and Josh are both self-employed - Karen runs lifestyle brand Said the King and Josh has a motorcycle company called BLK Labs. They share a workshop in Parkdale, but often go in after rush hour. That way, they skip traffic and get to enjoy breakfast in the sunny boat and walk Dutch through one of the many hiking trails at Bluffer's Park. A rough life indeed. 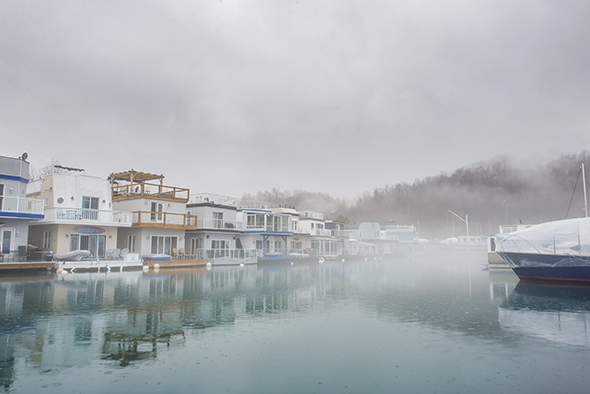