Black Lives Matter Toronto has spent the past three nights outside police headquarters, and the protest doesn't show any signs of slowing down.

A group of Torontonians initially gathered in Nathan Phillips Square on Sunday to protest against the SIU's decision not to press charges against the police officer who fatally shot 45-year-old father of five Andrew Loku last July. 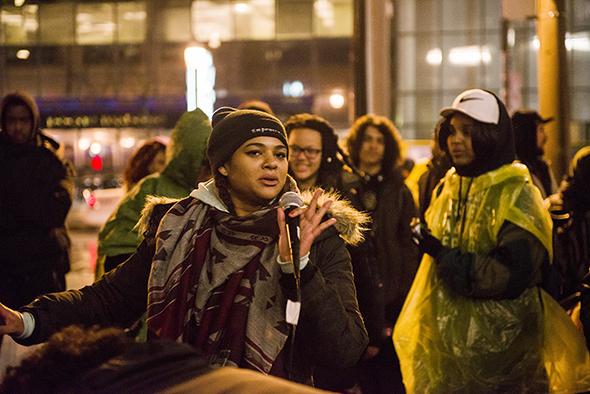 On Monday, the peaceful protest moved to Toronto Police Headquarters at 40 College St and it remains in place, even after police put out their fires and dismantled their tents that same night. 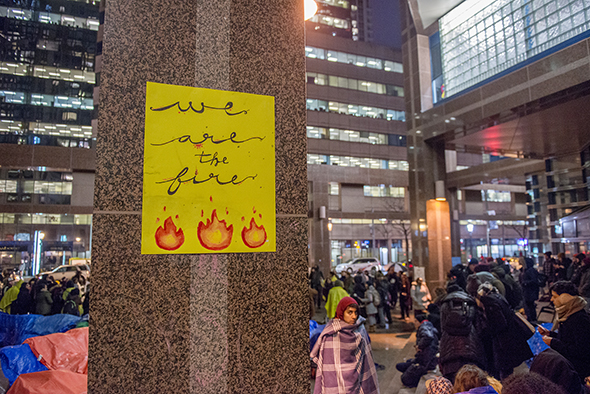 With signs, artwork and music, the protest continues to force those passing by to confront racism in Toronto as well as in cities across North America. Earlier today, the group responded to the Province of Ontario's new carding regulations, which come into effect on January 1, 2017, and spoke to Monday night's confrontation with the police. 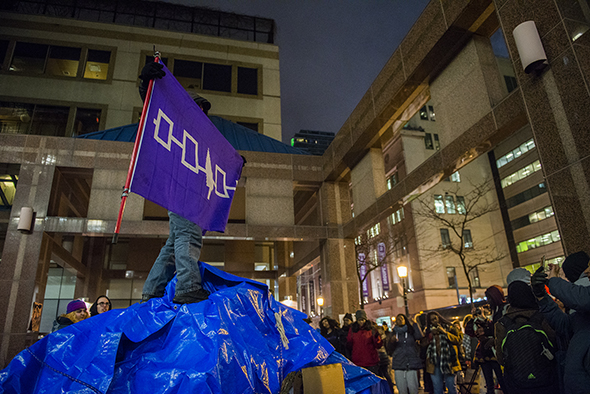 When I stopped by yesterday, spirits remained high as people of all ages gathered together in solidarity. 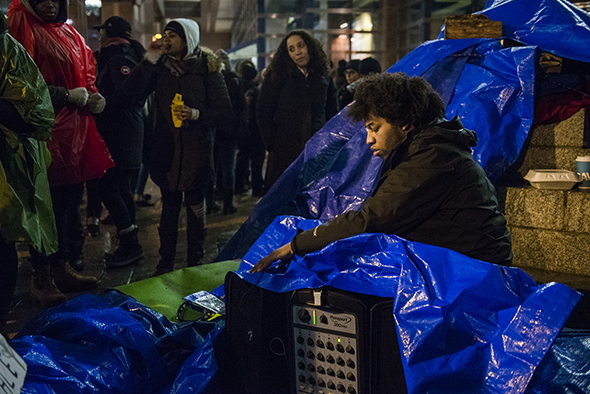 "It's been like nothing I've ever seen before," says Pascale Diverlus, one of the founders of Black Lives Matter Toronto. "The support has been overwhelming. Folks have been coming and dropping by and literally sitting with us, singing with us, chanting with us, dropping off food, checking in with us, bringing us medicine. 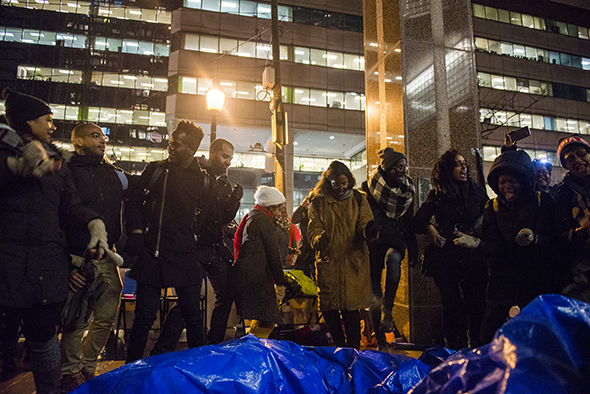 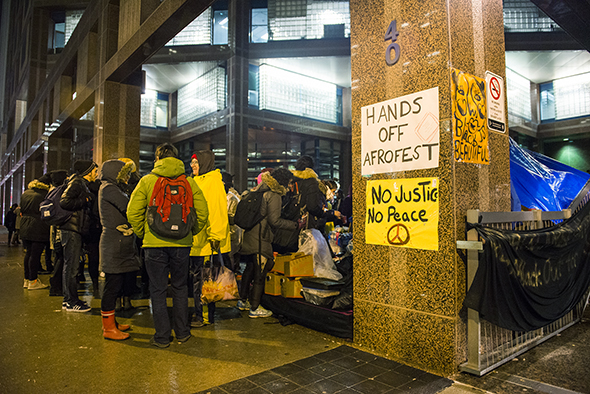 Along with seeking justice for Andrew Loku, the Black Lives Matter Toronto protest will likely continue until Mayor John Tory and Police Chief Mark Saunders meet their demands, which includes having the city rethink its decision to cut down Afrofest to one day instead of two. 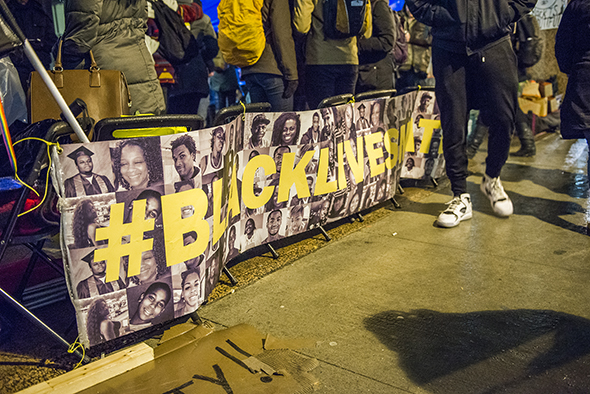