Miniature versions of Toronto have an allure that's difficult to explain. The act of recreating the city to scale is certainly a geeky pursuit, and yet few would argue against the idea that these models are remarkably "cool." There's just something about being able to hover over Toronto like a god that gives a sense of excitement.

Our Home and Miniature Land
This mind bogglingly detailed miniature version of Toronto is the work of Jean-Louis Brenninkmeijer and David MacLean. Currently being crafted in a warehouse space, when complete the model will be made accessible for the public to marvel at. In the meantime, follow their progress here. 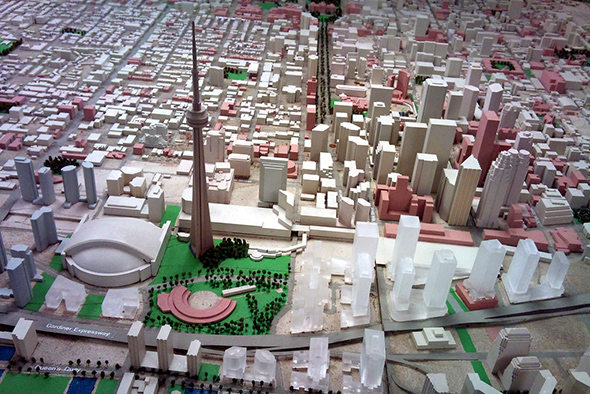 The Toronto model at city hall
Located in the rotunda at city hall, this scale version of Toronto allows you to feel like a god looking down on the city. The model dates back to the 1990s, so the skyline isn't quite as robust as the real city's is, but it's absolutely worth checking out the next time you visit our civic hub. 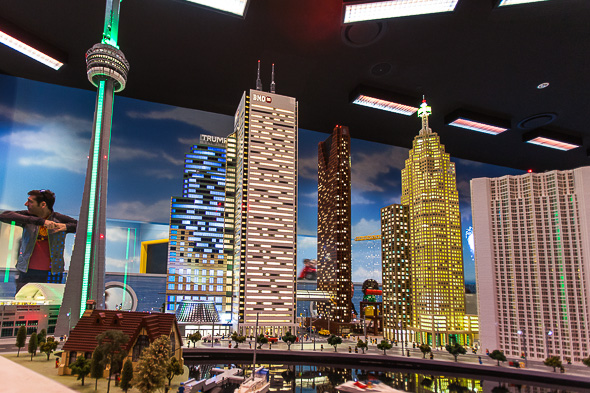 Legoland
You'll have to bring a kid if you want to check out the spectacular Lego version of Toronto at Legoland in Vaughan, but it's worth it if you've ever wondered what the CN Tower would look like built with little plastic bricks. The room the model is housed in even changes from day to night, so you can see mini-Toronto all lit up. 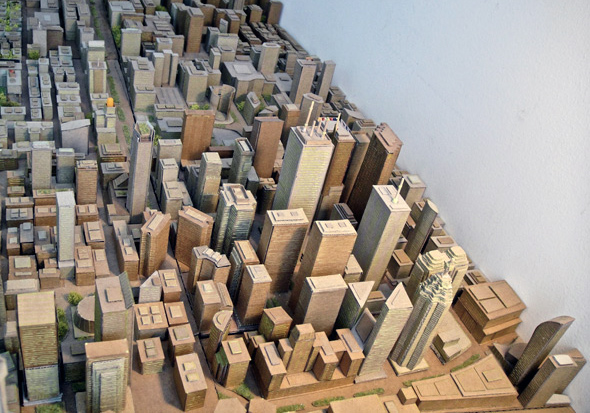 Cardboard Toronto
Stephen Velasco's cardboard version of Toronto is a remarkably detailed and accurate model of the city - so much so that it's hard to reconcile the material out of which it's built. While it's not currently on public display, you can take a thorough look at this one via the photo gallery he's posted to Flickr. 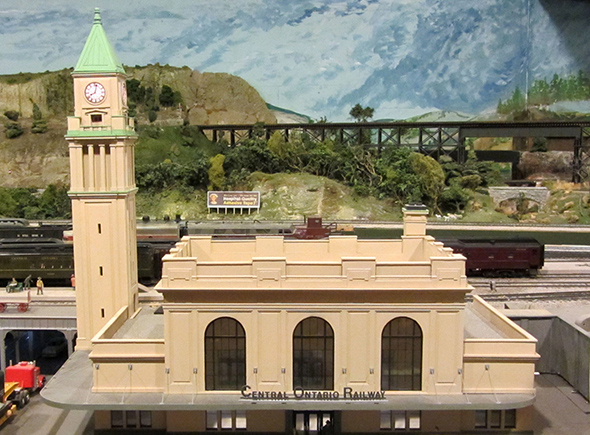 The Model Railroad Club of Toronto
Currently being painstakingly reassembled after the club was forced out of Liberty Village, this model isn't squarely focused on Toronto, but there are railway-specific landmarks like Union Station and the North Toronto Railway Station that give the model local character. It's a phenomenally intricate version of the real world that you can go visit.