What the West Toronto Railpath extension will look like

The extension of the West Toronto Railpath hasn't exactly been on the radar over the last little while as city staff were in the midst of an extensive Environmental Assessment of the route of Phase 2. That process has recently come to a conclusion, with a host of recommendations made for how to extend the existing pedestrian/cycle path an additional two kilometres southeast.

Unlike the first phase of the Railpath, the extension towards downtown is a more complicated project on account of the many obstacles along the route of the rail bed, the most notable of which are the numerous high-traffic roads and over/underpasses that must be traversed. The report proposes the construction of five dedicated bridges to safely carry cyclists along the route. 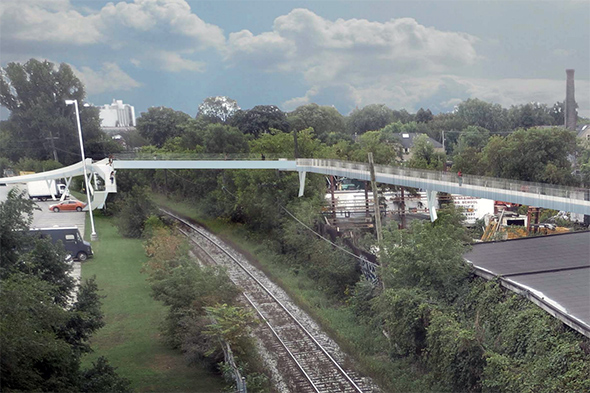 These look great, but they won't be cheap. Further complicating matters is Metrolinx's plans to double the width of the rail tracks along portions of what would be the ideal path. It seems all but inevitable that the final route will feature on-road sections that by-pass problem sections beside the tracks. 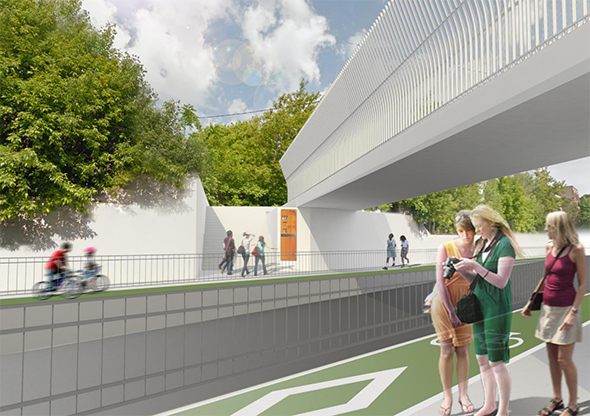 In light of this, staff have also tabled a few options for how to handle these on-road sections, which vary from raised cycle tracks to sharrows. The beauty of the existing Railpath is its complete separation from vehicular traffic. If the extension must deviate from the seclusion offered by Phase 1, I'd suggest nothing less than protected cycle tracks will cut it. 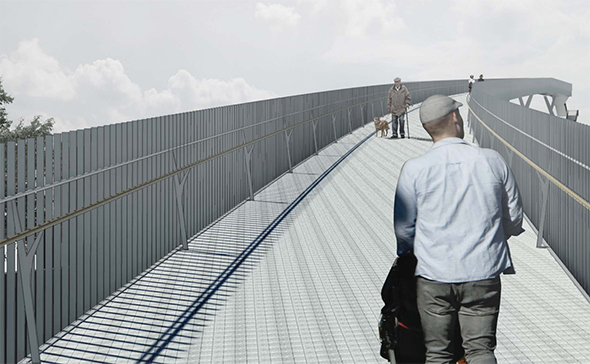 On the bright side, this is a project that's moving forward. It will take many years to realize the vision (or combination of visions) outlined in the EA, but with the construction of the Fort York pedestrian and cycle bridge and the Under the Gardiner project on the horizon, it's never been more tantalizing to extend this western link. 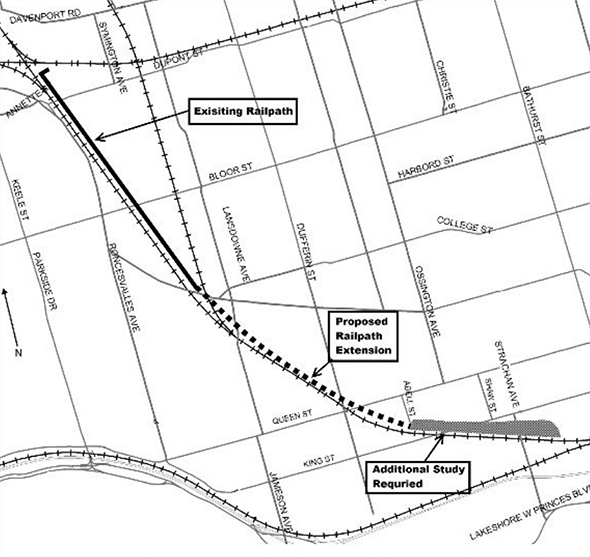 The city doesn't yet know how to connect Phase 2 with Fort York, and so has decided to bridge this gap with a third phase. One suspects, however, that the key really is to get Phase 2 underway as soon as is feasible. Once a path exists to Abell St., there will be considerable pressure to link the connection with the showpiece infrastructure at Fort York.

What do you think of the new designs? Let us know in the comments.