With more than $2 billion (CAD) up for grabs in one of the largest lottery jackpots ever, some Torontonians are eagerly lining up to get their hands on Powerball tickets.

Yesterday, we wrote about how World Class Bakers on St. Clair West was giving away these coveted slips of paper to customers who spent more than $20 in store - the Powerball pandemonium continues today. 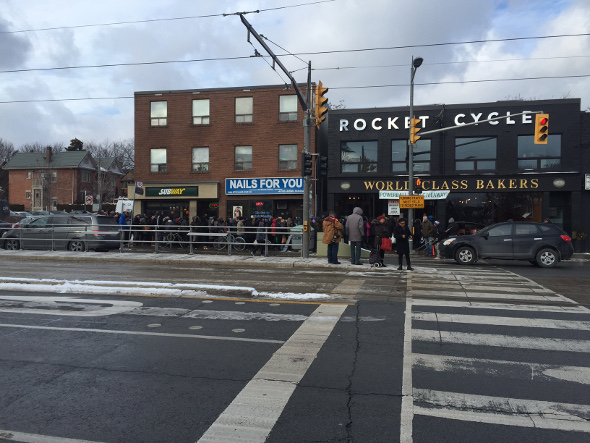 While the bakery sold out of tickets yesterday, as CBC News reports, manager Suzanne King actually went down to Buffalo to buy just over 1,000 more. 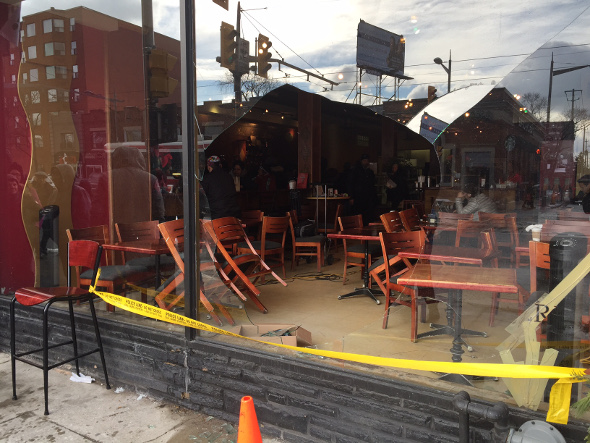 So far, the demand seems steady. According to CTV News, some lotto hopefuls arrived before dawn, at around 3 a.m to line up. And, early this afternoon, about 100 people waited outside as the bakery controlled the crowd by letting four individuals inside at a time. Most bought their baked goods, grabbed their ticket, and left. 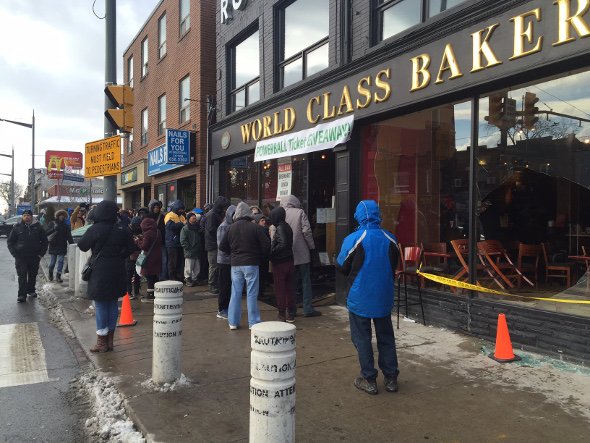 This morning, police arrested a man after one of the shops windows was smashed in. Police, however, don't think it's related to the giveaway, notes CBC. 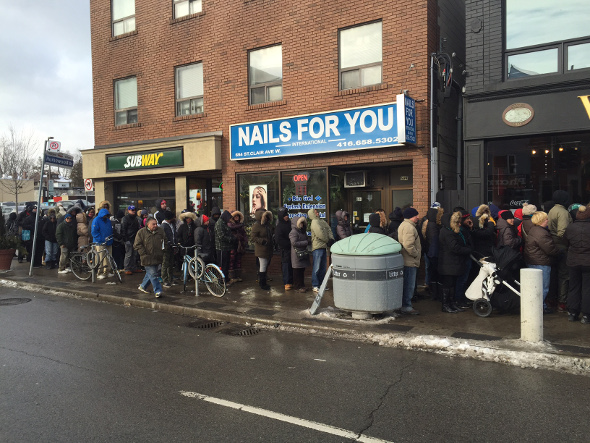