On Tuesday Toronto city staff unveiled three new options for the East Gardiner Expressway, and it's expected that they'll favour the one that's the most expensive - the Hybrid 3 option, which would push the elevated highway north and cost over $1 billion.

The three options are all variations on the hybrid concept proposed by Mayor John Tory back in June. 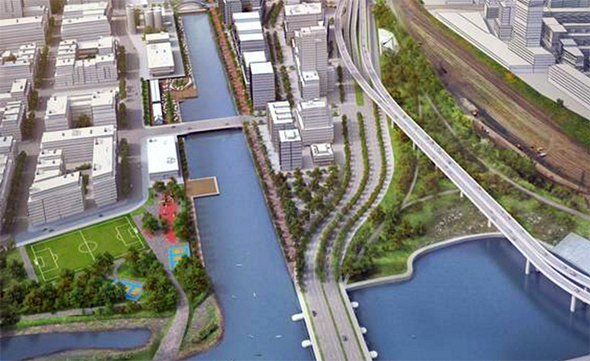 Compared to the two other options, the favoured version would move the highway farthest from the waterfront, which would open up the West Don Lands for development and land sales, something which could ultimately help recoup some of the costs associated with the project.

It would also help to kickstart the revitalization of the adjacent Port Lands should developers show interest in the areas immediately surrounding the expressway.

Councillor Pam McConnell (Toronto Centre-Rosedale), who was in favour of replacing the East Gardiner with a ground-level boulevard, conceded that the new option is "the best of a bad lot." 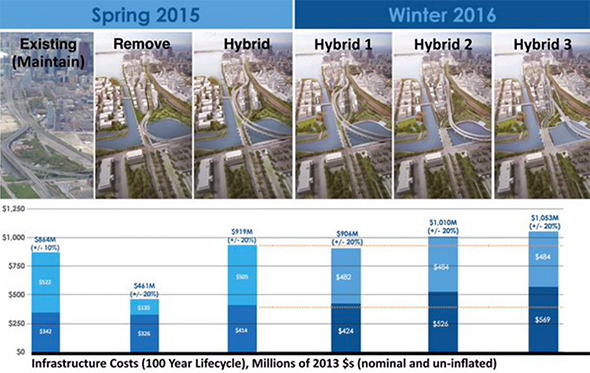 As represented by a graphic posted to Twitter by Gil Meslin, the projected costs of the East Gardiner project have steadily increased over time. The current option is well more than double the cost of the "remove" option that was initially on the table last spring.

City staff will make a recommendation next month.

What do you think about the latest plans? Let us know in the comments.