At around noon today, a fire broke on The Esplanade and thick clouds of black smoke billowed over downtown Toronto. According to CBC News, roofing material on top of the parking structure at the Backstage On The Esplanade condo construction site caught fire.

Approximately nine fire trucks rushed to the scene near Yonge Street and The Esplanade to extinguish the flames. No injuries were reported.

Here's a round-up of photos from today's dramatic midday fire. 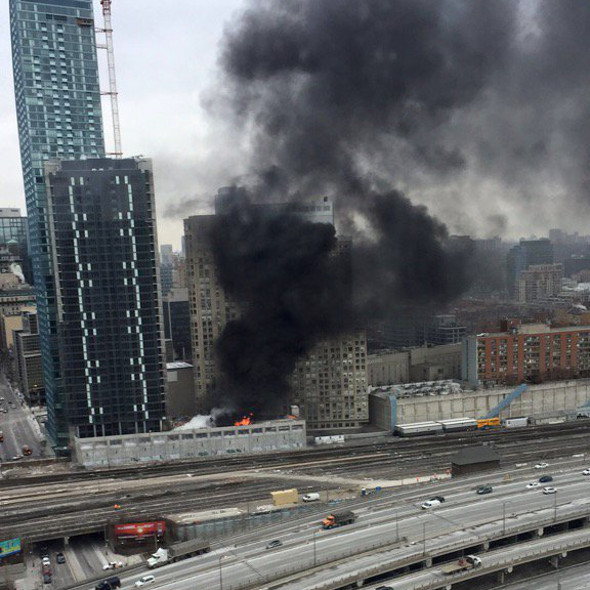 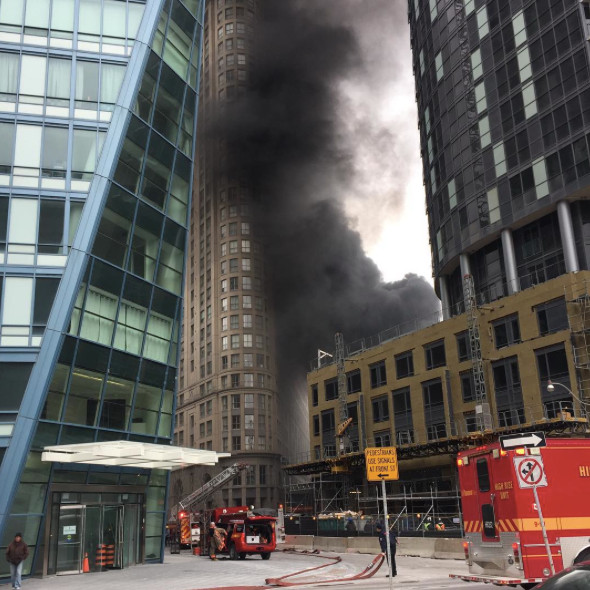 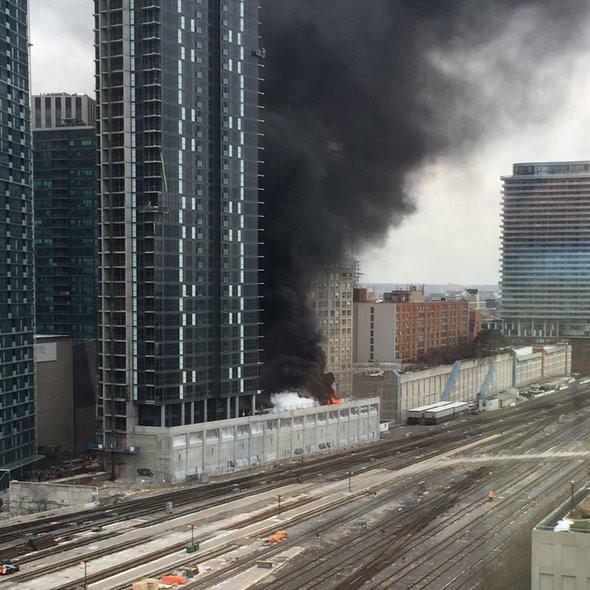 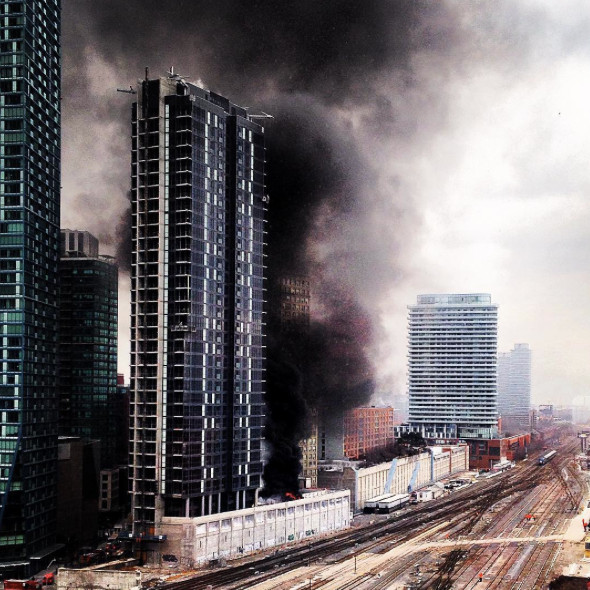 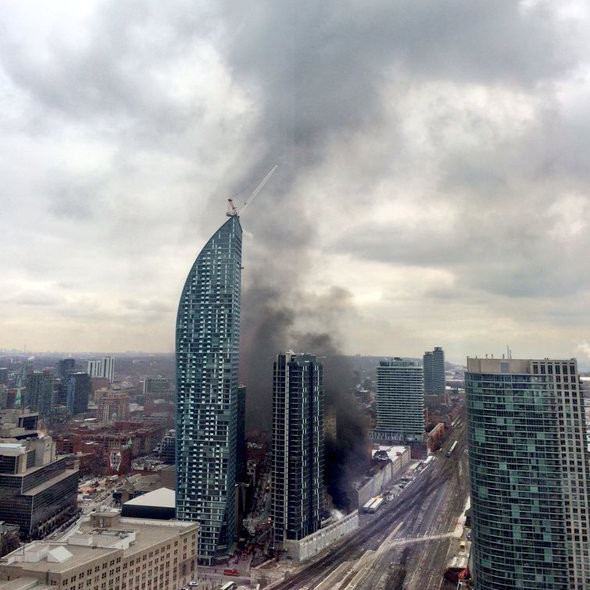 Along with the photos, YouTube user Jon Ray shot a quick video of the fire while on the Lake Shore. He posted it to Reddit earlier today.