What's the shortest street in Toronto?

Ask someone what Toronto's longest street is and you're virtually sure to hear a reply of Yonge St. Ask after the shortest street, however, and you're likely to receive a perplexed look. It kind of makes sense; where the former enjoys stature based on its length, the latter is confined to quirky Toronto trivia and considerably more difficult to determine.

The City of Toronto claims See Grassway as Toronto's shortest, coming in at just 9.72 metres. That's a nice tidy answer until you realize that this street is actually more of a cul-de-sac in a housing complex that doesn't feel like a street at all. I have the sense that it gets the title on account of a technicality. 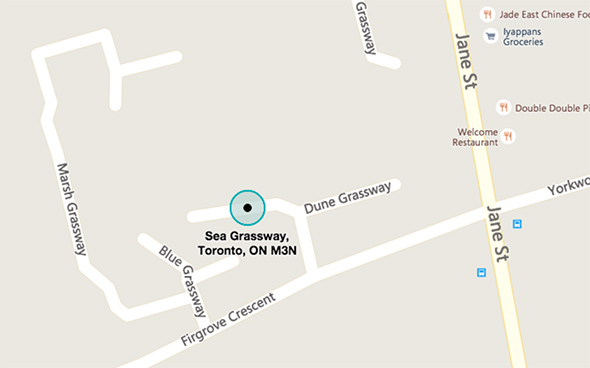 Interestingly, Sea Grassway also underscores the degree to which you should not rely too heavily on Google for nuanced cartographic information. If you toggle between the conventional road map and satellite version, you find that Google has no idea where this street actually is. Bing is a little bit better (note how different its placement of the street is), but still gets the length wrong. 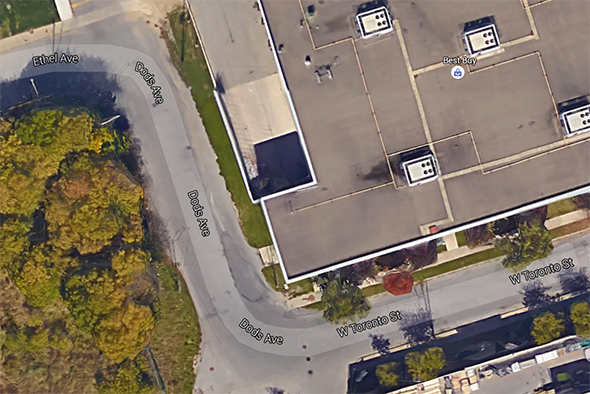 So what other candidates are there? Well, with thousands of streets spread across the city, I won't claim comprehensive knowledge, but some noteworthy ones I've encountered would include the bizarre Dods Ave. near the Stockyards. There's no addresses on it, but it becomes a street for about 30 metres. 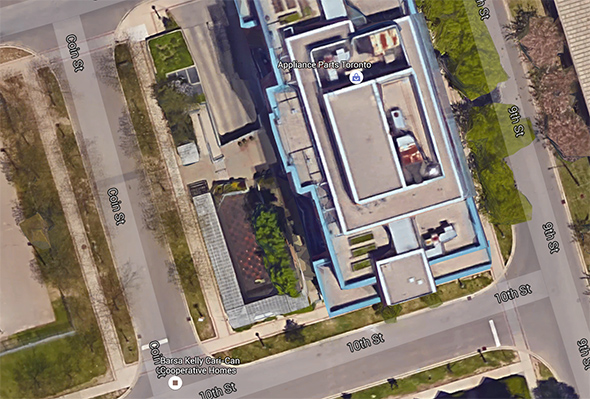 Coin St. in Etobicoke is too long to make the cut at roughly 50 metres, but is interesting for the fact that it was just one address: 1 Coin St., which is a rather large apartment building. Nearby Sussex Dr. is also diminutive, boasting just five houses.

Dibble St. is also very short, though it's hard to tell when it transitions into a private driveway. Meanwhile Kew Beach Crescent is also noteworthy for its small stature, though it still hovers in the 25 metre zone. 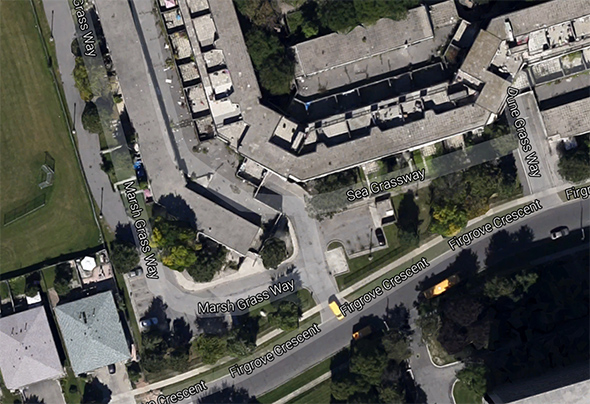 In fact, there are a lot of these super short streets, but far longer than the driveway that is Sea Grassway. So, perhaps it's not a technicality at all. As the shortest street, it necessarily doesn't seem very street-like.

Got a candidate for the shortest street in Toronto (other than Sea Grassway)? Let us know in the comments.

Top photo by Jen Tse in the blogTO Flickr pool.