This is what the TTC would look like in outer space

Martinez says he regularly snaps iPhone photos while commuting and later edits them using Adobe Photoshop. He follows NASA as well as a number of other astronauts on Instagram and their posts make him wish he were in space. Now, his illustrations let him pretend he's floating above the earth too. 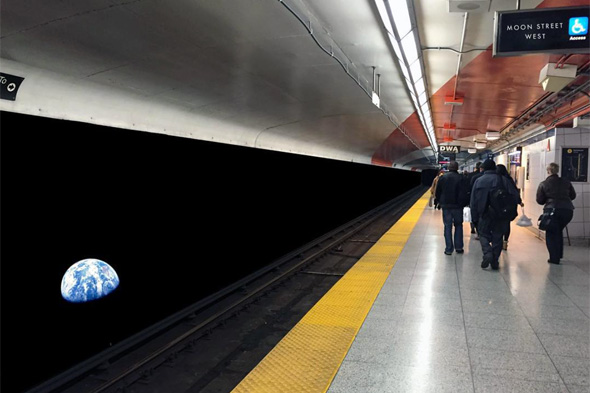 While Martinez came up with his idea a while ago, he was reluctant to share his work on social media. "I was super hesitant to post it online just out of fear of how it would be criticized," he says via email of his first jazzed-up photo, which he posted two weeks ago. 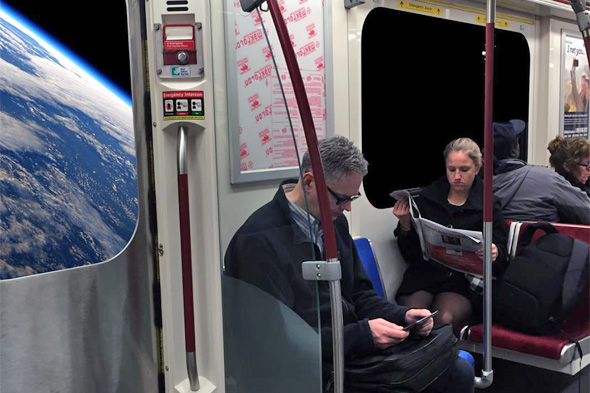 "I saw how well received my first post was and it just gave me a bit more confidence to keep doing what I'm doing." 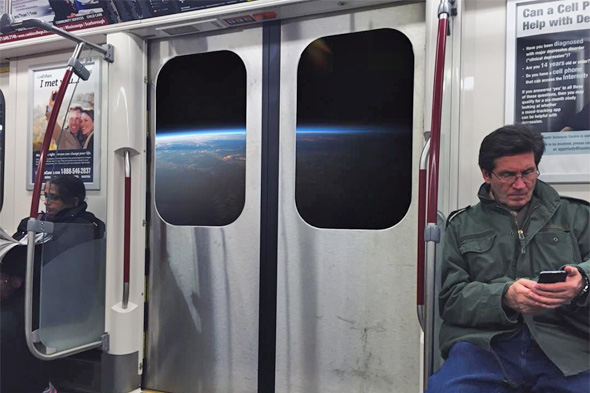 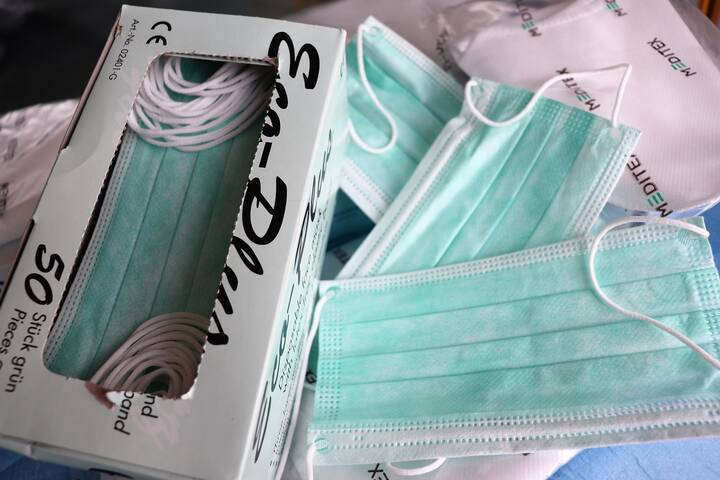 Toronto staff to crack down on residential buildings with masking issues