The Junction is in the midst of a massive retail shift

Restoration work on the Campbell Block began more than a year ago, as the historic structure at the northwest corner of Dundas and Keele was carefully returned to something resembling its original state when it was first completed in 1888.

Over the course of the renovations, almost all of the street level retail shuttered, creating a rather bizarre image of a building that's been carefully restored and abandoned all at once. It's a transitional stage to be sure, but one that heralds major changes for the neighbourhood.

While Above Ground Art Supplies and Celts Pub still remain (though it would seem that the latter's days are up come 2017), Super Submarine, a resident for 40 years, finally bit the dust in mid-November. Now the prominent corner unit awaits the arrival of an A&W location in what constitutes a trend. 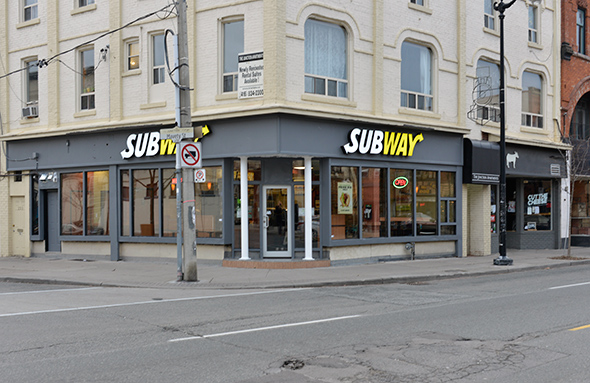 It seemed like Super Submarine was going to stick around through the renovations, but the presence of a bright and shiny Subway across the street surely didn't help the bottom line. Five years ago, Starbucks made a stir when it opened at Dundas and Quebec. Now the restored Campbell Block is ushering in another wave of corporate tenancy in the Junction. 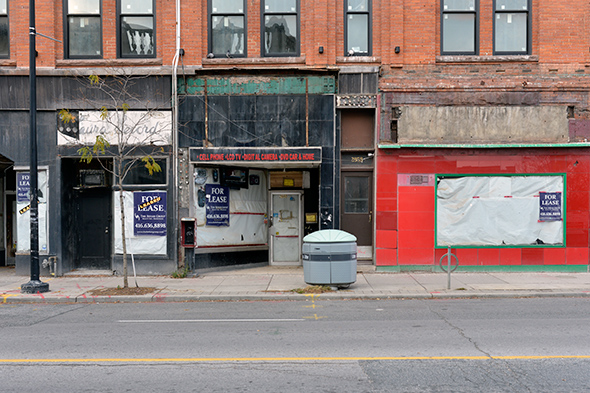 One should be careful to greet this news with too much disdain. While the ramshackle collection of businesses in the building pre-restoration had a certain bit of character, will anyone miss the H&R Block or Second to None Tattoos? Pandemonium re-located years ago for better digs just west, while Mr. Antico might be the one true gem lost to this shuffle. 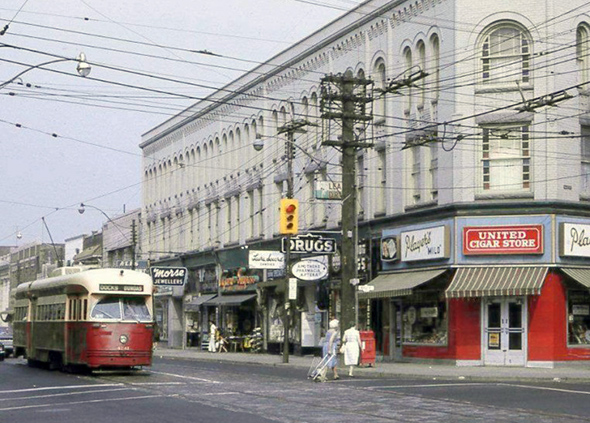 In any case, the Campbell Block itself had fallen into serious disrepair and was in need of some TLC. In addition to the overhaul of street-level retail, the upper portion of the building is in the midst of being turned into luxury rental apartments. That's a boon for the neighbourhood, even if it comes with some corporate additions below.

The apartments are set to hit the market in the spring, while news about more retailers is expected to filter in slowly over the coming months. One doesn't expect the entire base of the building to become fast food joints, but I wouldn't hold my breath for unique antique shops to make a return to this historic structure.

What do you think of the changing face of the Junction? Are A&W and Subway a good thing?