The life and death of Googie architecture in Toronto

In Toronto, Yonge-Finch Plaza stands out as a classic example of Googie. For $1 in the 1960s, drivers could pull in for a carnauba wax at the car wash and grab a hamburger from one of Ontario's first McDonald's. The hamburger stand, a carbon copy of the chain's drive-up restaurants south of the border, had a capsule-like dining room anchored by two giant golden arches.

If there was ever going to be a McDonald's at Clavius Base, this is what it was going to look like.

Before being demolished for the Xerox Tower, the McDonald's became a Wimpy's. The new owners lopped the tops off the McDonald's arches, but there was no disguising the origins of the building when the photos above and below were taken in 1972. 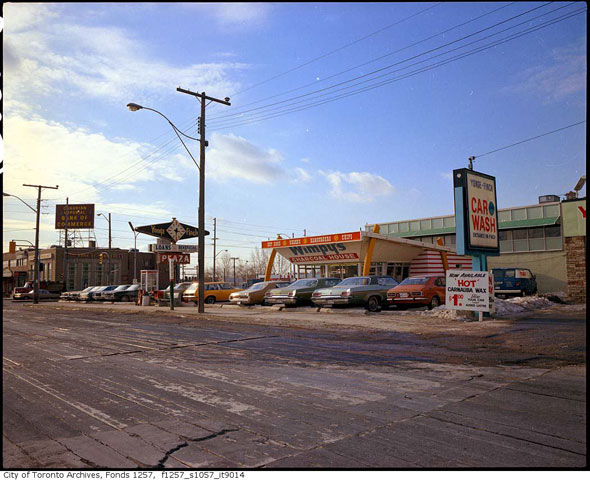 11 kms away, the Don Mills Curling Rink at Don Mills and the Donway was another Googie delight. Shaped like a flying saucer, the wood-framed building opened in September, 1960, at the south end of the Don Mills shopping plaza. Architect Douglas M. Hall described it as "a flower at the end of the long stem of buildings."

"Anything that approaches nature is fundamentally good mathematics," he told the Don Mills Mirror newspaper. 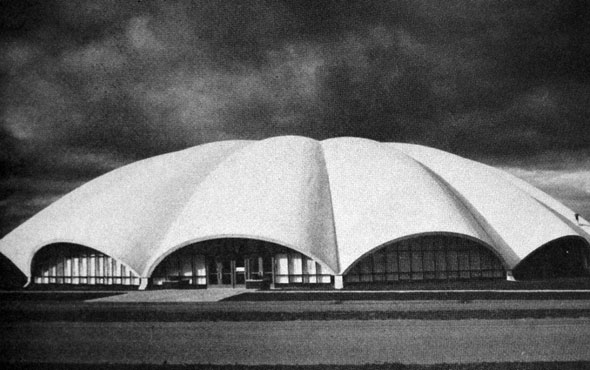 There were 12 sheets of ice and a free daycare with a window overlooking the playing surface inside the "big, bright concrete mushroom," which kept little Bobby and Susan safely occupied while mom and dad swept.

Faced with increased competition from neighbouring curling clubs, the building was converted into a bingo hall in 1971. The new format was initially popular--busloads of players would pack the smoky parlour on weekends--but the novelty eventually wore off, and the building was closed in 1984 and demolished in 1986. 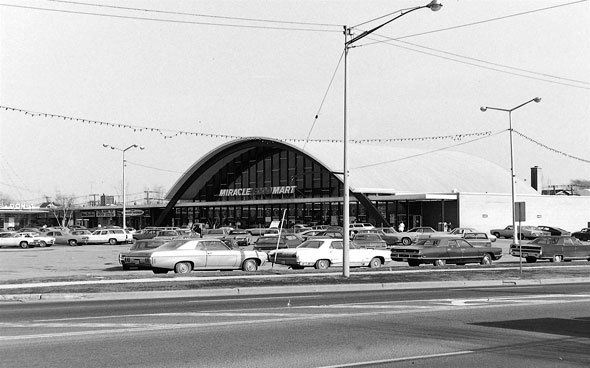 Happily, some Toronto Googie avoided the wrecker. Built for the defunct Grand Union supermarket chain in 1958, Parkway Plaza on Ellesmere Ave. with its sweeping space age roof still looks like a place where Jane Jetson would have bought groceries.

Though opening day was a full decade before the moon landing, the owners were clearly absorbed with the Space Race. There was a firework display and a performance by the Space Girls. Kids could collect a free space mask and enter the "Queen of Outer Space" contest. Even the promo material was festooned with pictures of rockets and astronauts. 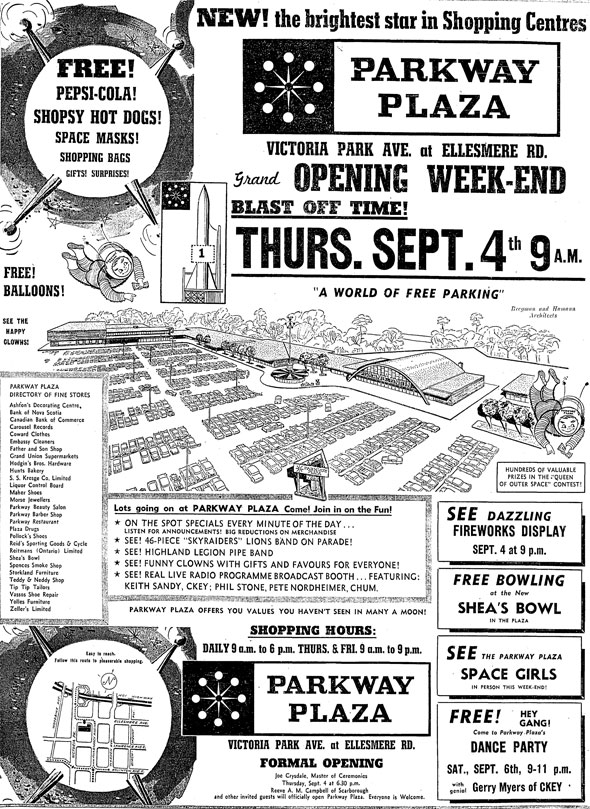 Because Googie architecture was so intricately entwined in the suburban car culture of the 1950s and 1960s, many of the best examples were renovated to suit changing tastes or demolished entirely. In Mississauga on Southdown Dr. near the Clarkson GO station there's a gas station that managed to buck that trend. 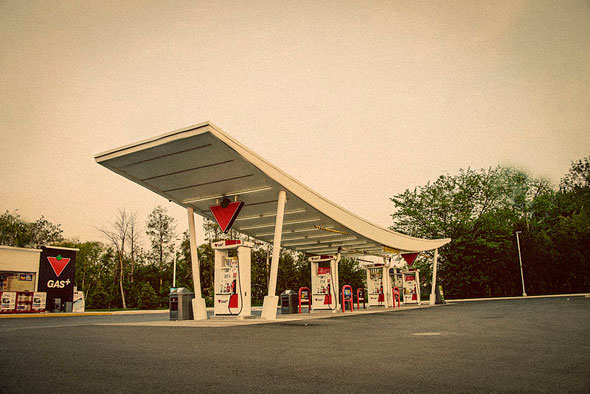 Built in 1960, the Canadian Tire Gas bar became a protected heritage structure in 2011 thanks to its swooping, wing-like canopy designed by contractor Bob McClintock. It's not the only one left: there's another near Kipling and Rexdale, but structures like this are increasingly rare. 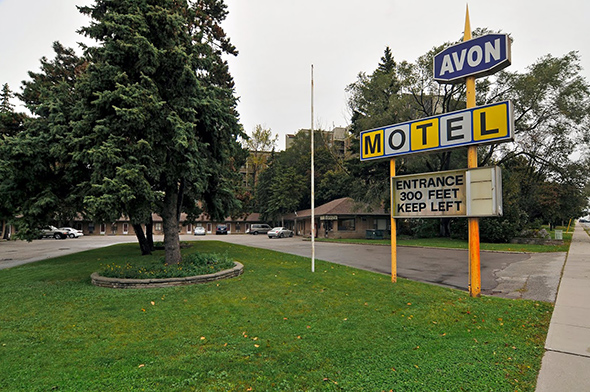 Googie fell out of style in the 1970s as the glamour of car ownership faded, but there are still reminders of its presence around Toronto. The Scarborough motel strip on Kingston Rd., which includes the Hav A Nap, Americana, and Avon, is faded, but mostly unaltered from its space age heyday. 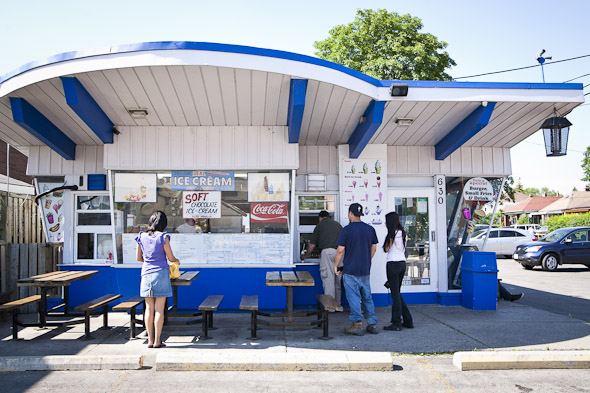 Tom's Dairy Freeze is a solid if understated example of the form located on the Queensway. It opened in 1969 right at the end of the style's heyday, but remains a retro throwback with loads of character.

Zingburger Chicken & Rib Shack on Victoria Park Ave. and the Shell Tower at the CNE haven't been so fortunate.

Let's hope what else remains gets the recognition it deserves.