The 10 prettiest streets in Toronto

The prettiest streets in Toronto are a collection of those that have stunning architecture, unique character or a natural setting. These are all open access streets that you can walk, ride, and drive on, so get out and explore if you're thinking Toronto is lacking in beauty.

Here are my picks for the prettiest streets in Toronto.

Sweeping southeast across the city underneath the Bloor Viaduct and beside St. James Cemetery, this street is at its most dazzling in the fall when the tree canopy blazes with bright colours. It's a joy to drive or bike down (going up is a bit more effort when pedalling).

This Annex gem is noteworthy for its huge trees, Victorian houses, and old school street lamps, which make it feel like no other street in Toronto. 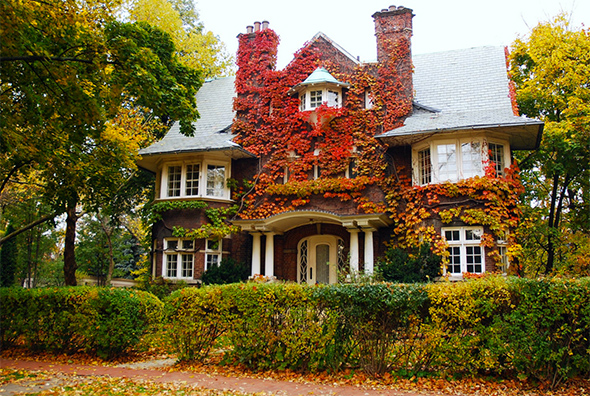 Aside from the Evergreen Brick Works, there aren't any destinations on this section of Bayview, which is all the better as the eye candy is in the Don Valley, which this street snakes through.

Palmerston isn't the only street in Toronto with old-school street lamps. Chestnut Park also boasts these fixtures, along with stately houses, a meandering easterly route and cobblestone sidewalks.

This short street in Rosedale is one of the prettiest in a neighbourhood that's full of them. Extra points are earned here for the cobblestone road surface, the reserved but beautiful old homes, and the soaring trees. 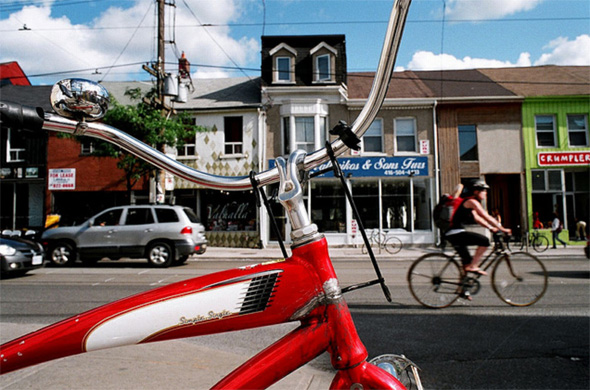 Everyone's definition of "pretty" is different, but the mix of old Toronto architecture and bustling retail on Queen is a feast for the senses, especially late in the afternoon on a warm summer day.

If St. George is U of T's main drag, then King's College is the university's most beautiful street, flanked by Convocation Hall and University College. From the north end of the circle, you can take in the Toronto skyline hovering over the old buildings.

The name kind of says it all. This street winds along the Humber Valley, providing a few peeks of the river between its tree line. Its sweeping bends make it all the more visually interesting. 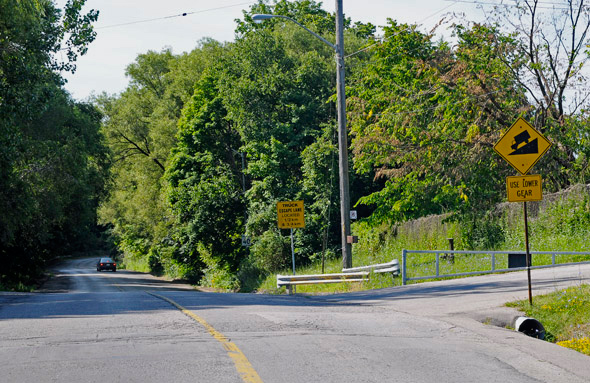 The hill is steep and the views are deep. Soak it all in on Brimley Rd. Photo by Derek Flack.

The portion of Brimley Rd. south of Kingston Rd. is breathtaking as it sweeps down the Scarborough Bluffs. As you descend, the stunning St. Augustine's Seminary appears on the right before you're enveloped by the tree canopy. Near the bottom, the lake spreads out majestically.

This is a pretty street in general, but the section south of St. Clair to Boulton Dr. is particularly noteworthy with a sweeping curve, tall trees, and majestic homes set far back from the road.