Davenport Village is the little neighbourhood that could

In the same moment when Toronto condo developers are determined to make new neighbourhoods in this city, our old villages rise up in the absence of big development and make their mark on the urban landscape. Such is the case with Davenport Village.

"When we opened here three years ago, people thought we were crazy," Sovereign co-owner Ross tells me over a coffee the other day. He's talking about the coffee shop's first spot at Davenport and Dufferin, but the sentiment remains true now that they've taken over the former Rockabilly Rock space. 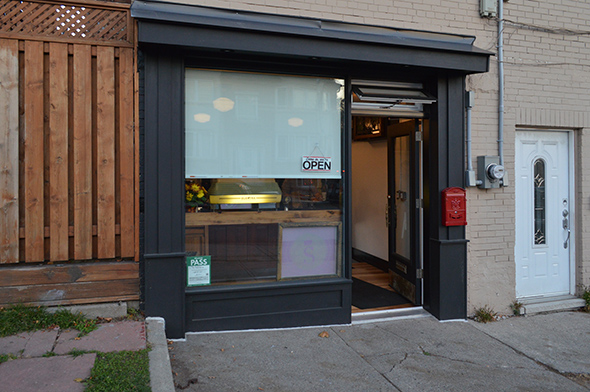 He's one of the various people making this former retail wasteland a place where you might chat over coffee and wonder if the Green Line will actually happen. And he knows everything about the neighbourhood. There's a passion on display here that bodes very well for the area. Every time we chat for five minutes, I learn something new about this little village. 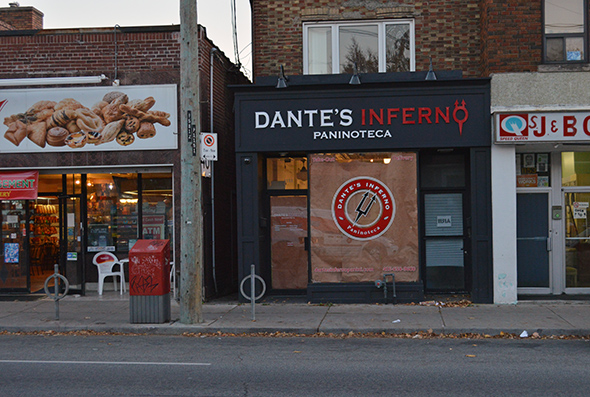 I've wanted to write something about this strange small town/big city neighbourhood for a while, but now seems like the right time. Between Ossington and Dovercourt, new businesses are opening for the first time in ages. Joining the Sovereign's second outpost, Seesaw Cafe has brought some DIY spirit to the neighbourhood, while Dante's Inferno promises panini for all. 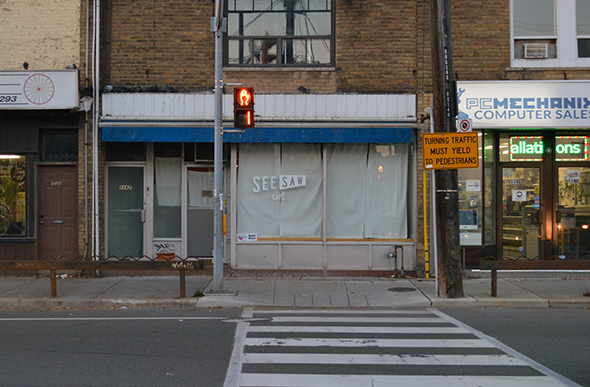 "There hasn't been enough retail here," Ross notes. "Now that's changing, but it can't get too full." This is an area that's been starved for services and restaurants for a while, and new development is marked with an obvious excitement from locals.

Over and above the activity at Dovercourt and Davenport, condo development at Lansdowne is bringing new businesses to the area. In the near future, the Foundry Lofts will have an Against the Grain Tavern and an indie coffee shop to call their own. Given that there's absolutely nothing else in the immediate vicinity, that's rather noteworthy for the neighbourhood.

Still, it's a slow process. When Picea 997 opened at Dupont and Doverourt, it seemed to hail a mini-restaurant boom in the area. It has since closed, offering a reminder that you have to do most things right to establish a foothold here. 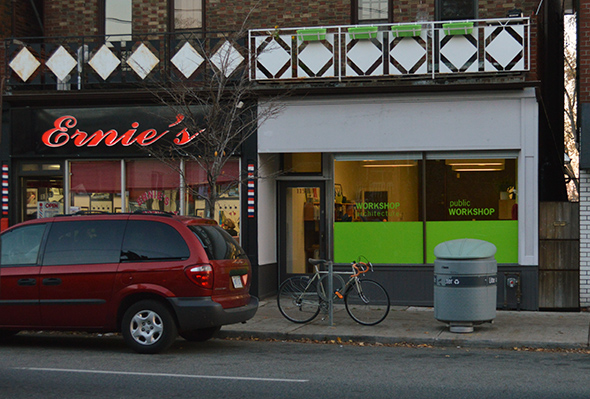 Davenport won't be the next Ossington -- please don't think that. But, it is changing for the better. The street level presence of Workshop Architecture, a firm that's been instrumental with Green Line proposals, is indicative of the future here. This is a community oriented business that literally invites those passing by to come inside and chat.

There's real community here. And real desire to see businesses succeed. That's a good recipe for success. An influx of condo residents doesn't hurt either. When I leave the Sovereign it's closing time, so Ross packs up the remaining baked goods and sends me home with them. This isn't for good press. It's just how things work around here.