5 quirky facts you didn't know about the Bloor Viaduct

The Bloor Viaduct is one of Toronto's most iconic structures. Built between 1914 and 1918, it was officially named the Prince Edward Viaduct after the Prince of Wales, a fact which Torontonians tend to gloss over by stubbornly referring to it by its street-related colloquial name.

Despite its significant status, there's plenty of mostly unknown information about the bridge, not the least of which is that it's actually not one bridge at all!

Here are 5 quirky facts you might not about the Bloor Prince Edward Viaduct. 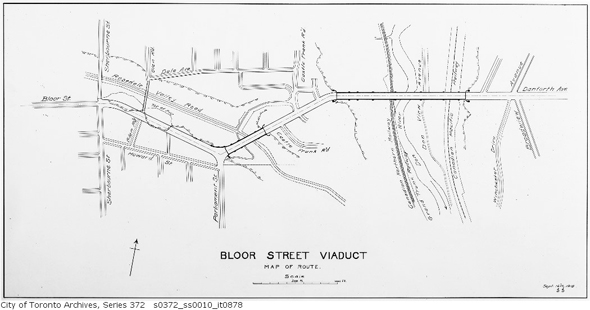 The project actually consists of three parts
Most people think of the Bloor Viaduct as the bridge that spans the Don Valley, but the project took shape as three distinct parts: fill was used to build up the roadway between Sherbourne and Parliament, a first bridge spans Rosedale Valley, followed by the iconic section over the Don. 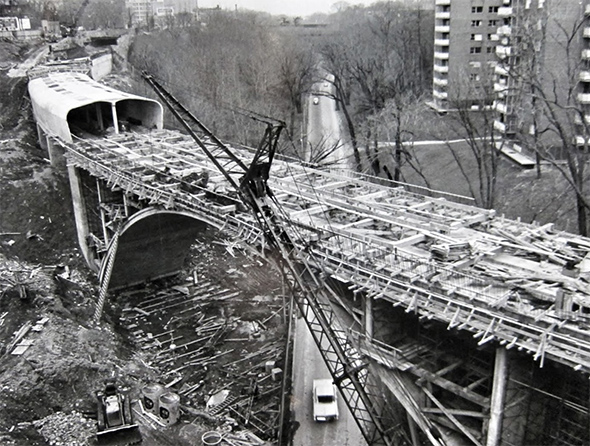 There's a somewhat secret fourth component to the complex
Although not technically part of the original design, the covered subway bridge built in 1966 between Castle Frank and Sherbourne stations is an honourary part of the structure as the curve between the subway platform underneath the Don section and the Rosedale section was deemed too much for TTC trains to handle. You can see this bridge when driving on Rosedale Valley Rd. 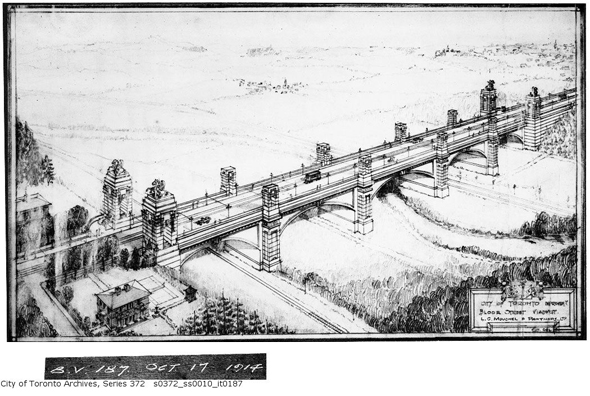 The bridge was originally set to look completely different
There were many designs for this bridge, most of which initially conceived of the route spanning directly from Bloor St. East to the Danforth. Ultimately, the three-part design was selected for its lessened impact on the Rosedale ravine, which the initial designs would have cut right through (now only one section does this). 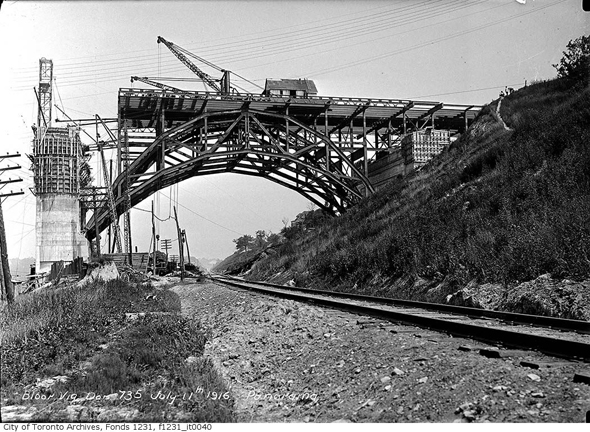 It took three tries to get the bridge built
The bridge was initially quite controversial (as all major infrastructure projects seem to be in Toronto). There were four public referenda on the construction of the bridge, the last of which finally resulted in public approval once the current meandering route was adopted in 1913. 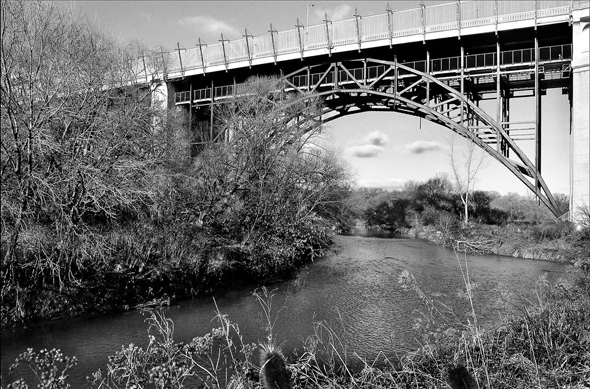 The bridge was once the most popular spot to commit suicide in Toronto
The Luminous Veil, the elaborate suicide-prevention collar that was installed back in 2003, might not have lived up to its name until last summer when the lights were installed, but it immediately stopped approximately 60 people a year from jumping off of the structure. That's a considerably higher number than the TTC deals with. 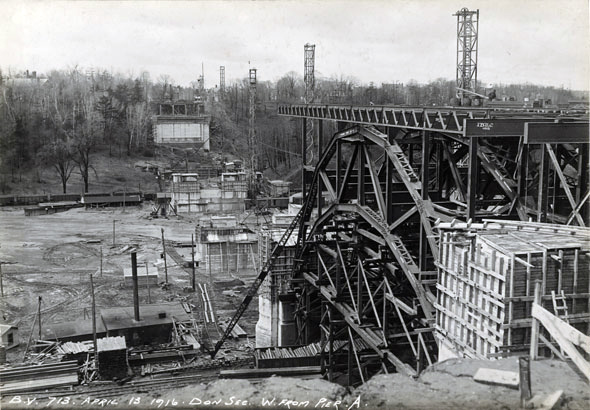 With contributions from Chris Bateman. Photos from the Toronto Archives, Derek Flack and Acid Punk in the blogTO Flickr pool.