Torontonians love to complain. Yet beyond this petty whining, there are still plenty of idiosyncrasies that tie our city together. And one Instagram account seems bent on showcasing all of them.

Natalie Czerwinski and Rachel Bulatovich created Toronto Bingo back in May as a fun project between their group of friends. It actually began as Twitter hashtag. "We were just joking about the things you see in Toronto everyday," says Bulatovich. That is until one of Czerwinski's friends suggested she create an illustration for each Toronto-ism.

"When we had our first follower that we were like, whose friend is this?" says Czerwinski. "And they were like, we don't know who this person is!"

"That was a big victory," says Bulatovich, chiming in. As of October 7, Toronto Bingo has 633 followers.

While they started as a group of four, Czerwinski and Bulatovich have taken the reigns and are now releasing a new post nearly every day. From Conrad the Raccoon (RIP) to the Uber vs. Taxi debate, the two women capture moments that many city dwellers can connect to.

"Now that we have 70 to 80 posts, you can kind scroll through and it does give the image of a bingo card," she says.

Their most popular posts are either timely or are incredibly relatable -- like the one featuring a girl clutching a #PSL and wearing giant blanket scarf in 9 C weather. Czerwinski notes that she and Bulatovich each play a unique role in their production process.

"Rachel comes up with the majority of the ideas and I do all of the drawing of the squares," she says. Outside of Toronto Bingo, she's an illustrator based in Koreatown and she works at bakery and at a cafe.

Bulatovich lives east of Yonge, in Church-Wellesley Village, and is in film and television; she's also a budding screenwriter and pens the captions for each Instagram post. "Natalie has taken the illustration onto her shoulders," she says. "That gives it a really unified look, which is great. But also because I cannot draw for my life."

While they're currently online-only, Czerwinski hints that they might start moving into the real world with merch, such as buttons or prints. "If people want that, we'd love to expand it even further," she says.

For now though, grab your phone, scroll through Insta, and see how many squares you can fill in playing Toronto Bingo. 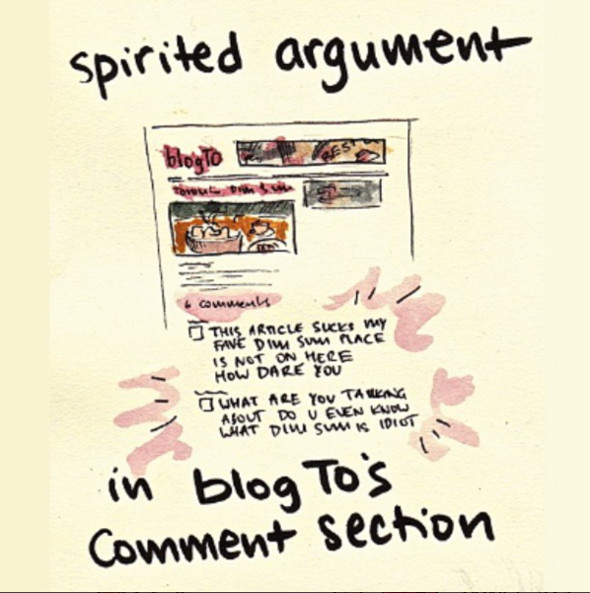 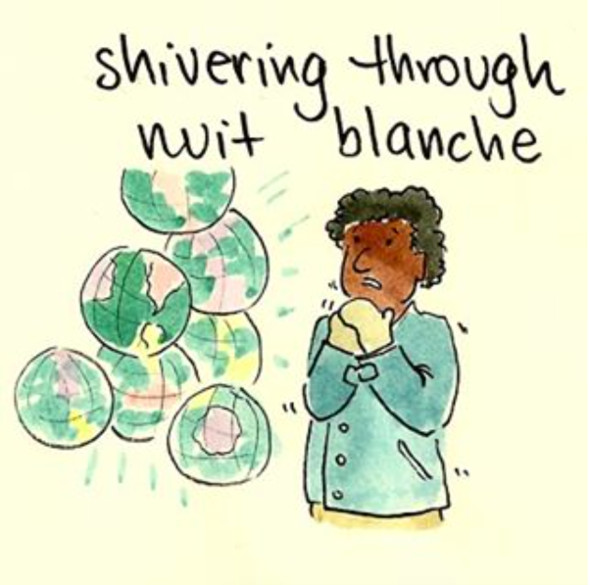 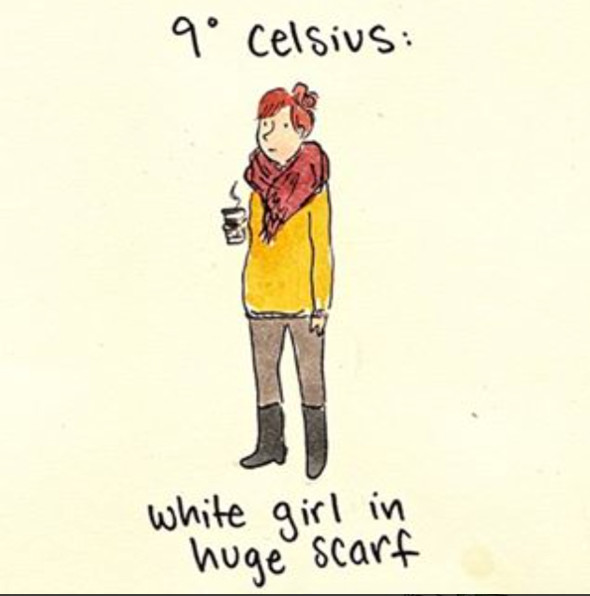 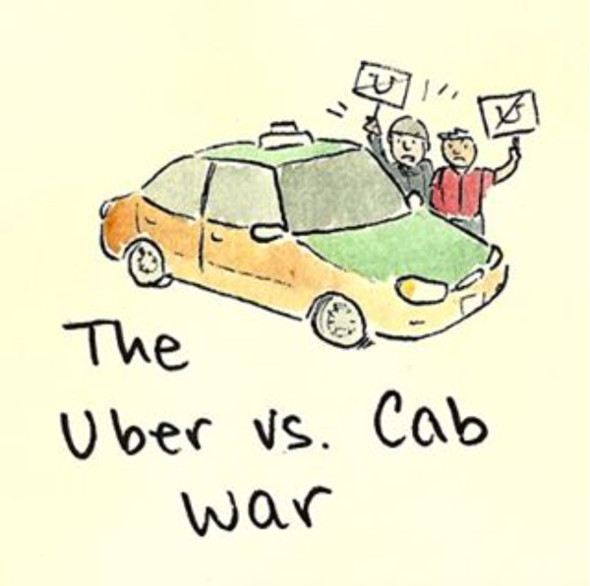 For more, check out Toronto Bingo.