The long-awaited Crosstown LRT is set to open in 2021 (but I don't think anyone's holding their breath of that start date). Fittingly, numerous spots across the Eglinton Avenue corridor will undergo extreme makeovers. That includes the Kodak lands at Black Creek and Eglinton.

We previously reported how Metrolinx bought the camera company's former Canadian headquarters after it declared bankruptcy in 2012. 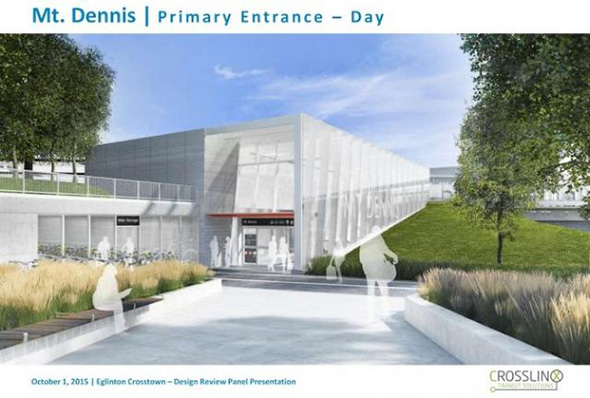 Most of the structures that once dotted the 48-acre site are gone, except for Building 9, located at the south end of the complex. It's set to become part of Mount Dennis Station. 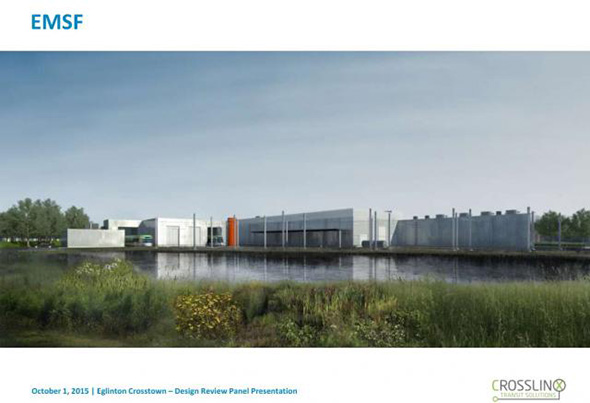 More specifically, according to Urban Toronto, Building 9 will serve as the station's secondary entrance. It'll also hold administrative offices. The station's primary entrance will be located on Eglinton. It'll include lots of bicycle parking as well as a small outdoor plaza. 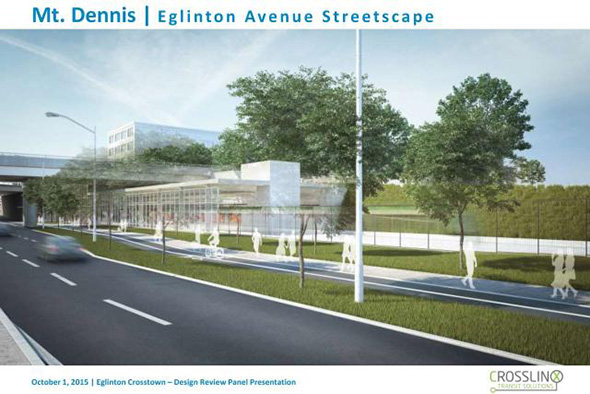 The station will connect to TTC routes via a bus terminal as well as the GO Transit Kitchener Line -- how convenient. And, as Urban Toronto notes, Mount Dennis Station will also include a large maintenance and storage facility.

It's still unclear whether the massive site will include community spaces and residential units. There's certainly enough land to work with, but the absence of mixed development in these plans is noteworthy.

What do you think of these plans? Let us know in the comments.