5 Toronto mega projects that hang on the 2015 election

Very few publicly-funded Toronto mega projects get built without cash from the federal government, so that makes the outcome of next week's election especially important. The future of John Tory's SmartTrack, the relief subway line, and jet air travel out of the Island airport will all be affected by the outcome of Monday's vote in one way or tanother.

Here's a look at 5 Toronto mega projects that hinge on the 2015 election.

Island airport expansion
The current agreement between the City of Toronto, Ontario, and the federal government prohibits the use of commercial jet aircraft at the Island airport. That means if Porter Airlines is to be granted permission to extend the runway and offer longer-range flights, the next federal government will need to give its blessing.

Olivia Chow, Adam Vaughan and Sharon Danley, the NDP, Liberal, and Green candidates for the downtown riding that includes the airport, say they'll oppose expansion and jets. Conservative candidate Sabrina Zuniga has not committed either way. 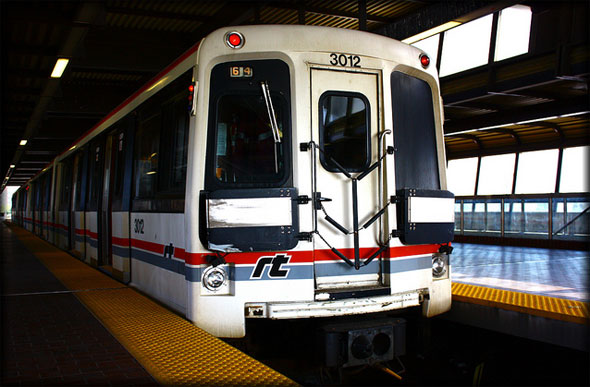 Scarborough subway
Despite all the furor over Toronto city council's decision to reject a fully-funded LRT in favour of a costly subway in Scarborough, it looks like all of the major parties are willing to pony up some of the cost rather than scrap the current plan. The Conservatives say they will stick to their pre-election pledge to cover $660 million of the cost and the Liberals and NDP say they won't change that decision either, if elected.

SmartTrack
John Tory's election promise to build a surface rapid transit line mostly on existing track between the Airport Corporate Centre in the west and Markham in the east via Union Station more or less mirrors a longstanding plan by the province to electrify and increase service on parts of the GO network.

There are still questions about how SmartTrack would work with the Relief Line and Scarborough subway, but, nevertheless, Stephen Harper's Conservatives pledged $2.6 billion for the line in June and Justin Trudeau vowed to match that amount in October, along with additional funds for the wider GO rail network. Thomas Mulcair has pledged more money for public transit that could be used on SmartTrack.

Federal money will certainly make SmartTrack more likely to be built. During the election, Tory's pledge to fund the line without raising property taxes was called "vague" by the Toronto Star. 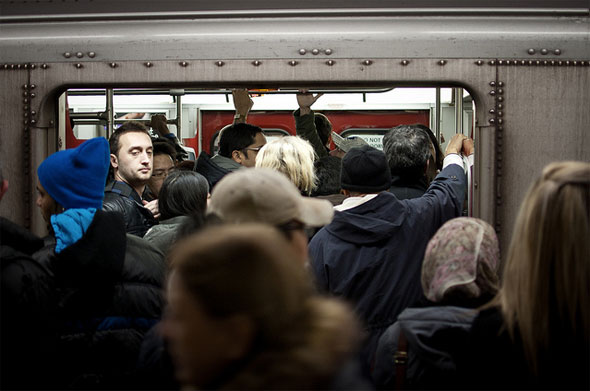 Relief Line
Without funds from the federal government, there's no way the desperately needed relief line is getting built. So far, all of the major parties have promised a substantial amount of money for Toronto transit projects, but few have mentioned the east-west subway specifically. 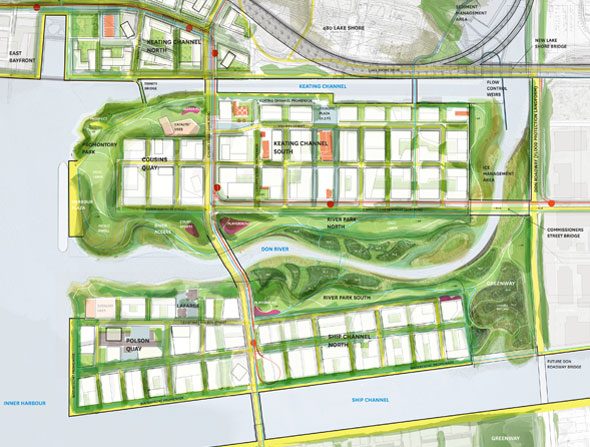 Port Lands revitalization
Converting the Port Lands from a dusty industrial area into a lush residential neighbourhood will cost Waterfront Toronto, a partnership between the city, province, billions of dollars.

Apart from laying down streets and throwing up buildings, the current plan calls for the Don River mouth to be extensively remodelled and construction of critical new flood protection landforms. Now that WT has completed its first phase of construction, the new government will be expected to come back to the table to get the rest of the work done.