The University of Toronto might look a little bit different in the future thanks to the Landscape of Landmark Quality Innovative design competition. Despite this cumbersome name, the university wants to revamps four major public spaces on its downtown St. George Camps: Kings College Circle, Hart House Circle, the Sir Daniel Wilson Quad and the Back Campus Fields.

Don't stress though because U of T wants retain the historic aesthetic of these areas while improving them for pedestrians. As the school expanded, many of these spaces weren't optimized as well as they could have been. Now, the university want to change that.

The winner of the design competition will work with the school to create a master plan for the project, which will likely be implemented in the coming years.

As per the competition requirements to prioritize people over cars, each entry proposes an underground parking lot to remove cars from these central parts of campus. Three of them want to include a water feature and one by Janet Rosenberg & Studio, architectsAlliance and ERA Architects envisions a skating ribbon (or jogging path in the summer) around Kings College Circle.

Each short-listed entires include rather stunning renderings that imagine a greener campus filled with activity (and not vehicles). Take a look at some of them below. They'll all be on display at J. Robert S. Prichard Alumni House, 21 King's College Circle until Oct. 2 so that the public can give feedback on the designs. 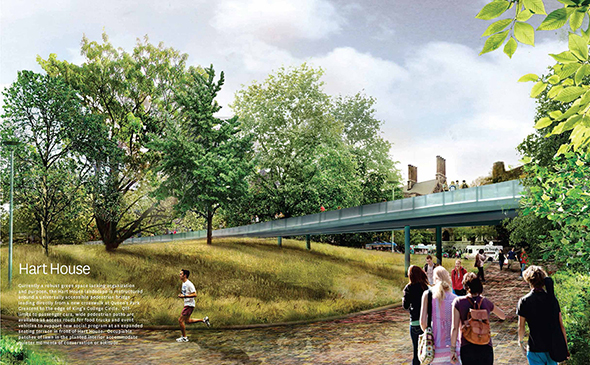 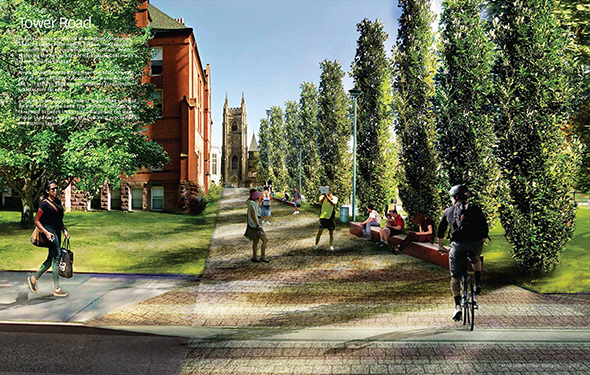 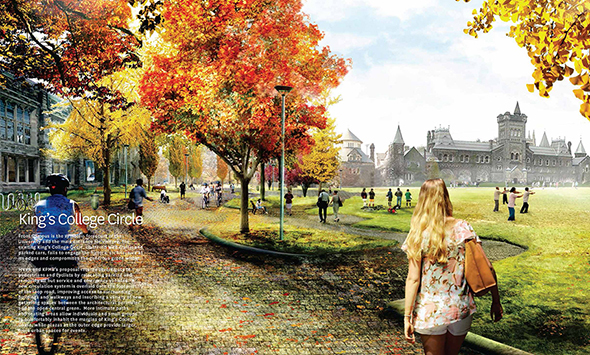 What do you think of these entries? Let us know in the comments.