Why is there a "jail" at Museum subway station?

More than any other Toronto subway station, Museum is lauded for its design. A renovation in 2008 took the station from the classic "bathroom architecture" of the early TTC to the ROM-themed look of today, but all the while a curious anomaly has remained on the platform.

A subway delay led me to exit at Museum for the first time in years the other day, and I was surprised to encounter a part of the station that I had long forgotten about: the jail-like cage that occupies the southern end of the station. Currently it houses some maintenance equipment, but it's a bizarre sight given the polish of the rest of the place. 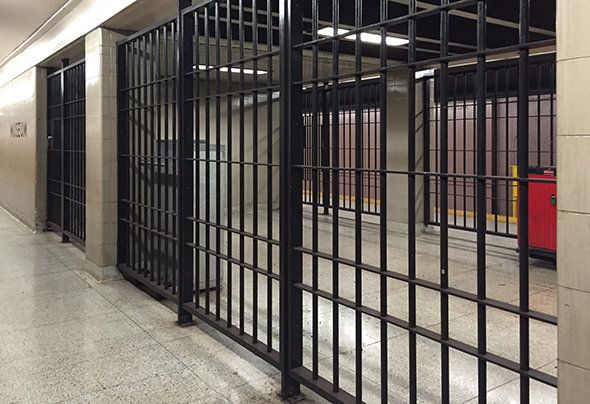 What is that, I wondered, as I made my way to the exit at the other end of the station. As is the case with some many TTC-related things, an answer can be found via Transit Toronto.

"Museum, Queen's Park and St. Patrick stations all have island platforms. When they were built, they had areas which connected the northbound and southbound platforms, and did nothing else," explains Transit Toronto.

"The southern end of Museum station and the remaining cross-platform connections at Queens' Park and St. Patrick were blind alleys. When a teenage girl was attacked in St. Patrick station in November 1975, the TTC decided to close these areas to the public." 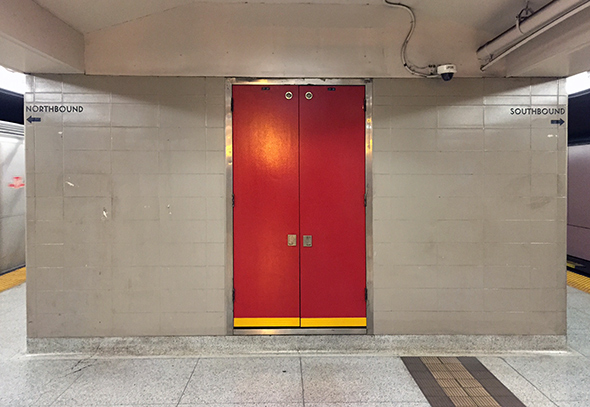 In the case of St. Patrick and Queen's Park stations, walls were erected to block off these parts of the platform. According to TTC-expert Steve Munro, however, this is not possible at Museum because of ventilation fans at this end of the station.

No one mentions this cage when ranking Museum as one of the coolest subway stations in the world, but tucked at the south end of the platform is a intriguing and tragic bit of TTC history that hides in plain sight.