Five million bucks doesn't go as far as you might think in Toronto's wild real estate market. Sure, at this price one will have a healthy dose of luxury amenities, but depending on what neighbourhood you're talking about, a bonafide mansion might still be out of reach. Not to worry, if you can drop this amount of coin, you'll still get things like salt water pools, movie rooms, and three car garages.

This is what a $5 million house looks like in Toronto.

According to a National Post write-up from last year, this modern Kingsway mansion has appeared in numerous adverts, TV shows, and movies, and requests from production companies are frequent. 421 The Kingsway Dr. is made of steel, zinc, reclaimed elm, Douglas fir, and concrete, which means it is superior.

Move on if... you are averse to plucking golf balls out of the back yard. St. George's Golf and Country Club is at the end of the yard. 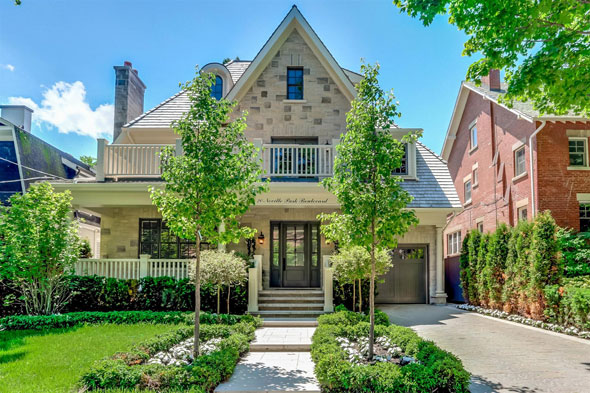 This palace by the water has six bedrooms, eight bathrooms, and a practically infinite amount of luxury fittings, including "hand scraped" 10-inch white oak floors (only paupers get the machine scraped stuff.) There's a salt water pool in the back yard and the fresh water beach is a short walk away, which should cover the home owner's various water salinity needs.

Move on if... that trend for cursive writing over the doorway makes you cringe. 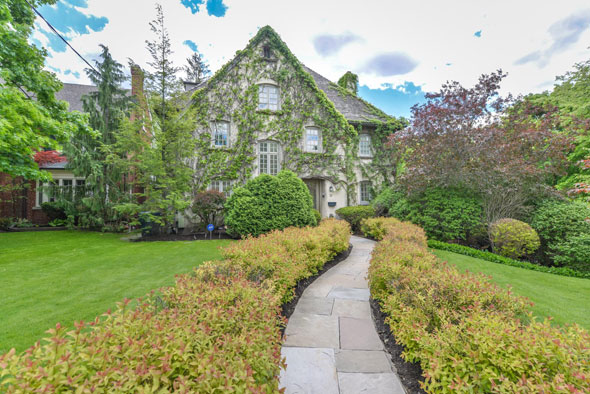 This titanic seven bedroom home looks just a bit too much like a hotel or luxury spa retreat. Maybe it's the chef's table in the kitchen, or the room with the little stage and too-high flat screen TV. Either way, there's enough rooms in this house to make your own game of Clue. My guess: Mr. Moneybags, with the sack of bullion, in the library. 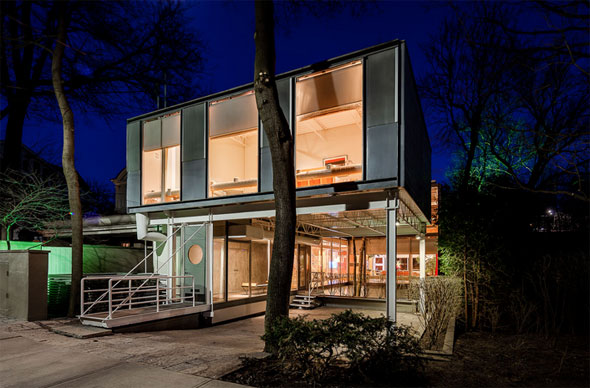 Want an award-winning designer home AND change from $5M? This Rosedale home is for you! Architect Barton Myers received the Royal Architectural Institute of Canada 2007 Prix du XXe SiĂ¨cle Award for the stilted "Wolf House" thanks to his extensive use of industrial materials. The inside looks a little bit like a warehouse, but one with four bedrooms and three bathrooms.

Move on if... you are worried your Chippendale furniture will look out of place here. It will. 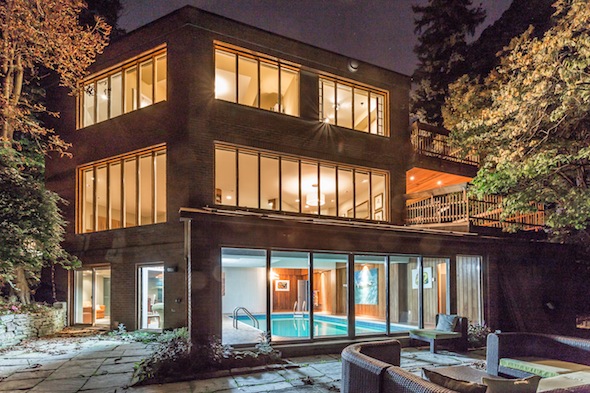 People who like to look out of windows will be satisfied by this $4.5M, six-bedroom Rosedale residence because this house has a lot of them. It also has a lot of bathrooms, which is useful when six guests come for dinner and all of them need to wash their hands at the same time. Best of all, the walls are made of brick, which means the Big Bad Wolf will be unable to huff and puff and blow this house down.

Move on if... you balk at the idea of sheltering two newly homeless, hairy-chinned pigs. 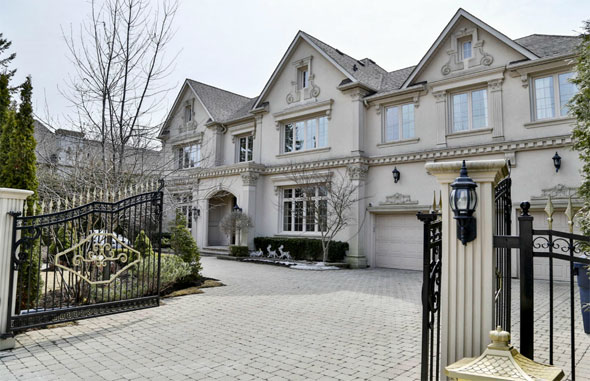 Everything about this neo-classical house is absurd and over the top, but the gaudy bathroom pictured in the real estate listing is something else. It's the kind of place that says: "Look at at all the good taste I bought." There are 10 bedrooms, seven bathrooms, and enough wooden floor panels to plug the holes in the Amazon rainforest. Buy this place and spend your days drinking in the basement bar or pumping iron in the basement gym.

Move on if... you are planning on filling that wine rack with Ribena bottles.