This is what will replace MOCCA on West Queen West

This past Sunday marked MOCCA's final day on West Queen West. The gallery bid adieu to its home of 10 years with a champagne salute as it closed its final exhibition: Dean Baldwin's Queen West Yacht Club.

While MOCCA will get expansive new digs at the Tower Automotive building on Sterling Road, its current home will soon disappear thanks to the arrival of the West Queen West condos, a new development by Urbancorp. 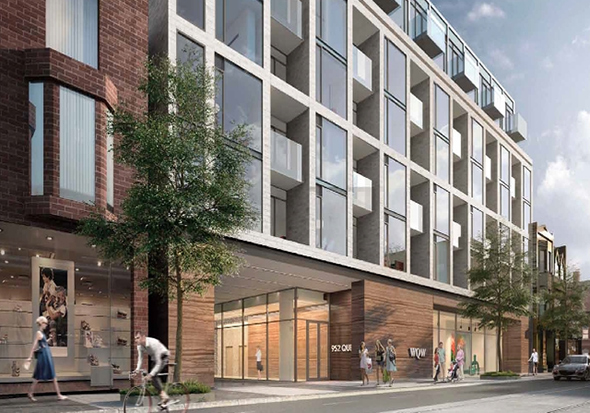 The eight-storey building will span from 944-952 Queen St. West, meaning it'll seriously change the look and feel of Queen and Shaw. While the development won't be ready until 2017, units are currently on sale and start in the low $200,000s.

The courtyard/parking lot that defined the MOCCA site will naturally be eliminated in favour of more space for the development. In the meantime, MOCCA will appear from time to time with pop-up exhibits around the city.

What do you think of the development that's replacing MOCCA? Let us know in the comments.