Toronto has long been rumoured as a future site of the Ace Hotel chain, something which seems more and more likely as renderings for a stately building at Camden and Brant streets have hit the web. While there are still zoning hurdles to clear, the initial stages of the development are coming into focus.

The Ace Hotel Group will team up with Carbon Hospitality on the project, which will not be a heritage restoration as the chain has done in other cities, but a purpose-built structure designed by Shim-Sutcliffe Architects. The involvement of the Governor General award-winning firm promises that the building will be unique and beautiful, even as it is understated. 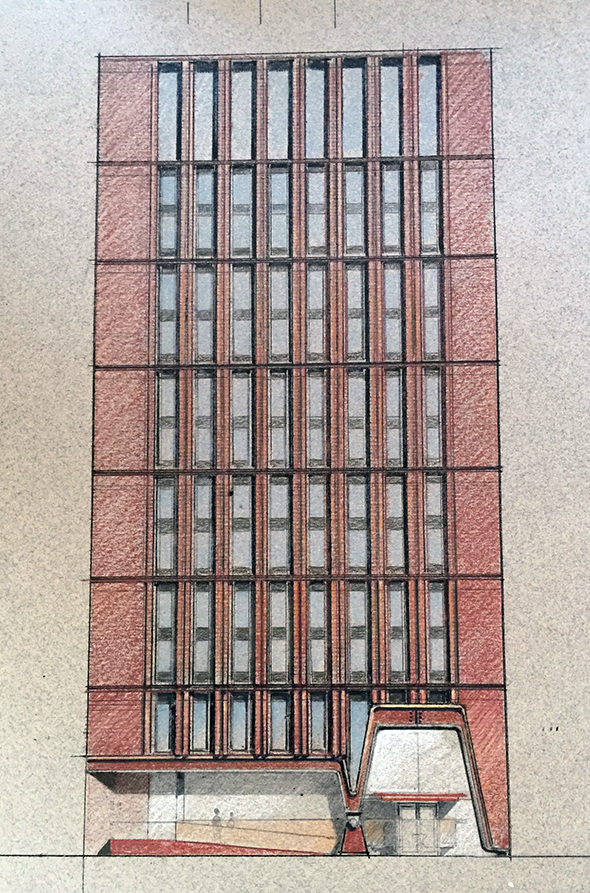 We don't have a sense of what the inside of the hotel is going to look like quite yet, but judging by the exterior, the idea is to create a building that respects the historical character of the neighbourhood. Shim-Sutcliffe are more inclined to minimalist design (as seen in the marvellous Integral House), but their trademark reserve and class is obvious here despite the different style.

According to the development application, plans for the hotel call for a 13 storey structure that will house 130 suites, a lower level restaurant, and a penthouse lounge and terrace. In other words it's a midsize development, a trait that might help make it through the community consultations on the horizon. 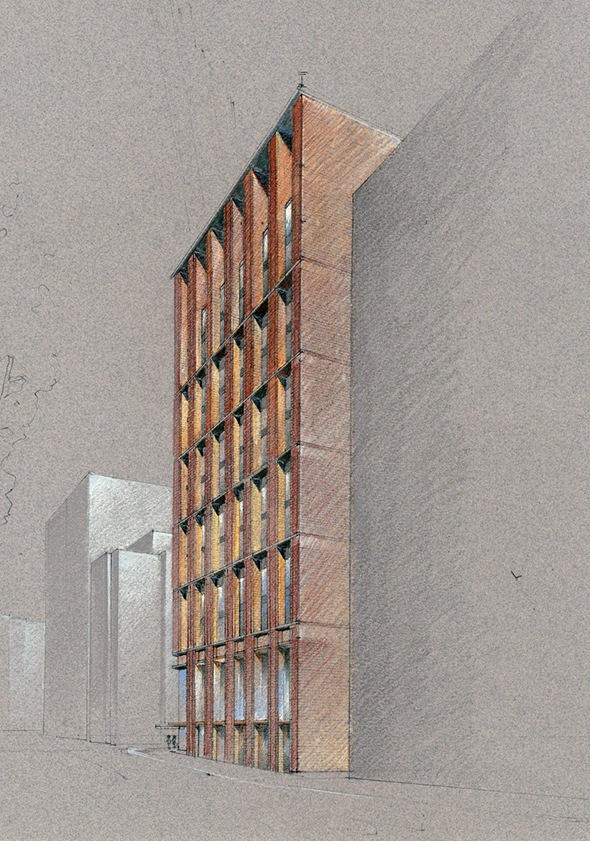 What do you think of the initial designs? Let us know in the comments.