The condo boom happening in King West is far from over. In fact, it seems to be getting even more interesting thanks to detailed new renderings for a massive, mixed-use development set to crop up on King near Portland. 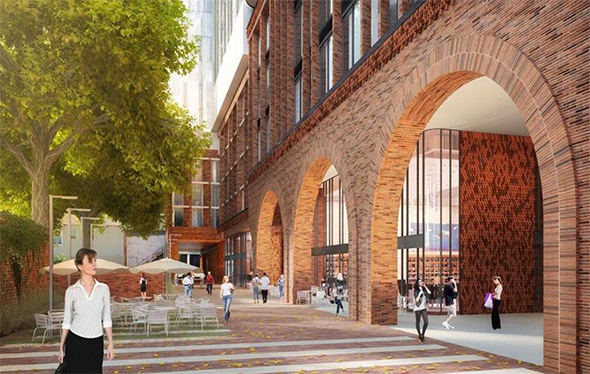 The King Portland Centre is a joint project by RioCan and Allied Properties REIT. With a total of 400,000 square-feet, it'll feature 12 storeys for offices and 15 for residential units. The renderings also show a huge restaurant facing King Street West -- a space reminiscent of Wilbur Mexicana and Her Majesty's Pleasure, which lie at the base of the Fashion House condo a few blocks away. 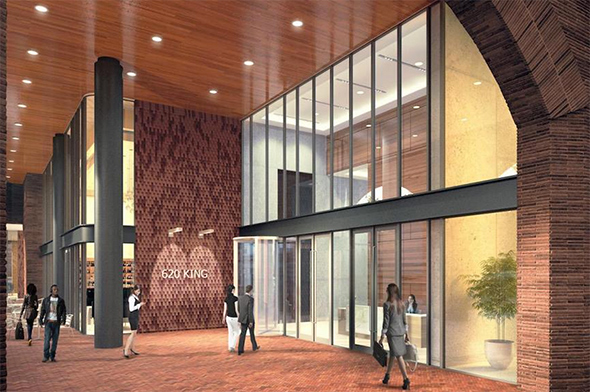 The most unique part of this project, as Urban Toronto notes, are its dedicated pedestrian spaces and laneways. The renderings, which feature designs by award-winning architectural firm Hariri Pontarini, show sweeping arches and paths that seem to reflect the neighbourhood's industrial past. 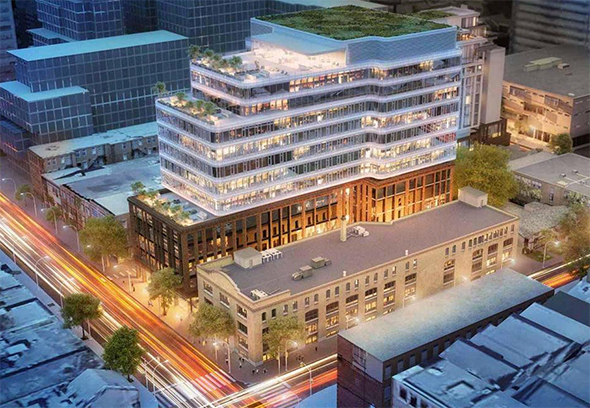 Like many existing developments in the neighbourhood, the first few storeys will match the street's heritage aesthetic while the upper floors will be housed in a glass tower. This project is still in its initial stages and isn't expected to be completed until 2019.

What do you think of this development at King and Portland? Let us know in the comments.