A snapshot of Yonge and Eglinton in the 1950s

Toronto's main midtown intersection has undergone profound changes over the last sixty years. From low-rise neighbourhood shopping district to neon-lit, high-rise cluster following the arrival of the subway, Yonge and Eglinton emerged as one of the city's principal crossroads in the latter half of the 20th century.

This is what Yonge and Eglinton looked like in the 1950s. 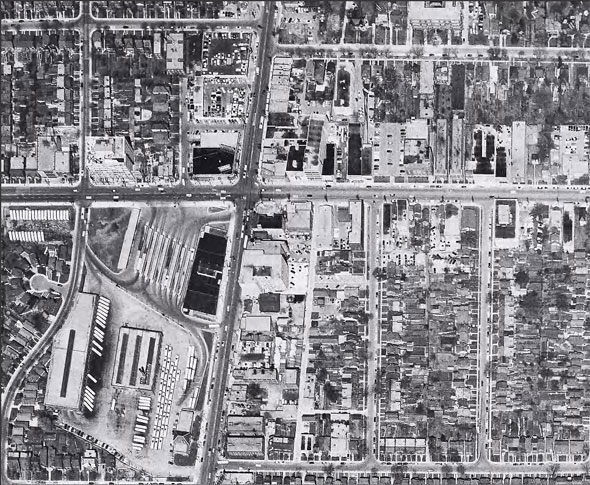 Public transit has been a key part of the Yonge and Eglinton intersection for more than 90 years. The southwest corner was home to a streetcar barn from 1922 to 1948 and a busy bus station until 2002. This aerial photo, taken in 1956, shows the early days of the bus era.

There's a lot going on in this composite photo (view full size here): streetcars on Yonge St. at the far left, the skeleton of Eglinton subway station under construction to the left of centre, and the unfinished bus bays on the site of the former streetcar barn on the right. Both pictures were taken circa. 1953. 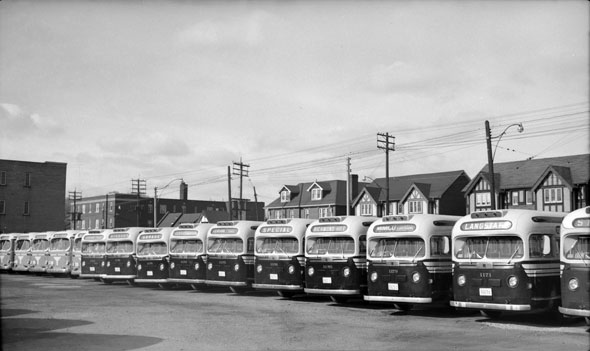 The Yonge line ended at Eglinton from 1954 until 1973, when the subway was extended north to York Mills, then to Finch in 1974. The buses shown here were made by General Motors. 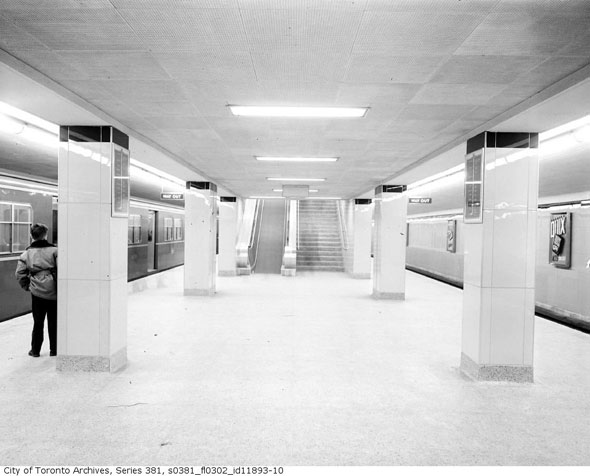 The centre platform at Eglinton station when it was shiny and new. This photo was taken on April 1, 1954. The subway had only been open for two days. 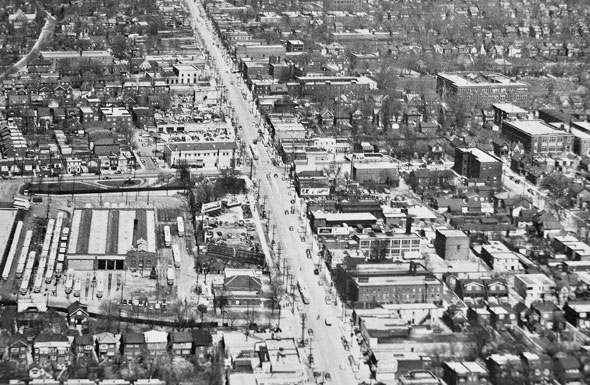 Another aerial shot, this one taken looking north along Yonge toward Eglinton in 1951. The old streetcar barn is still standing in the lower left corner. Note how few buildings are more than two storeys high. Compare that to this 1969 photo, and the change is remarkable. 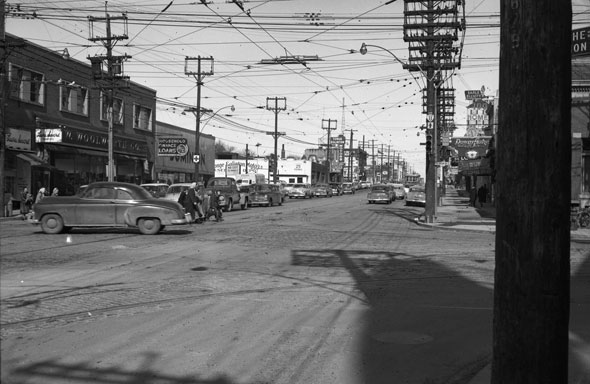 Looking north on Eglinton from just north of Yonge. On the left, there's a Laura Secord candy store, a Woolworth's five-and-dime, and a Dominion supermarket. The strip of buildings has since been replaced by the RioCan Yonge Eglinton Centre. 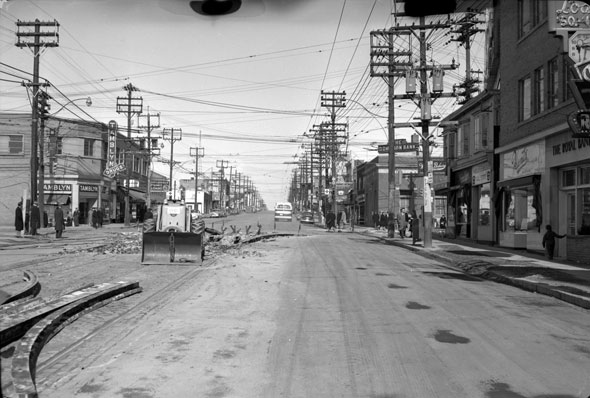 This photo was taken looking north from south of the intersection, showing the Tambyn Drugs store at the northwest corner. Founded in Toronto, Tamblyn was sold to Loblaws, then UK pharmacy chain Boots, then Pharma Plus, which still has an outlet on the site today. Likewise Dominion, which became Metro, is also still on the site. In the foreground diggers are taking up streetcar track on Yonge. 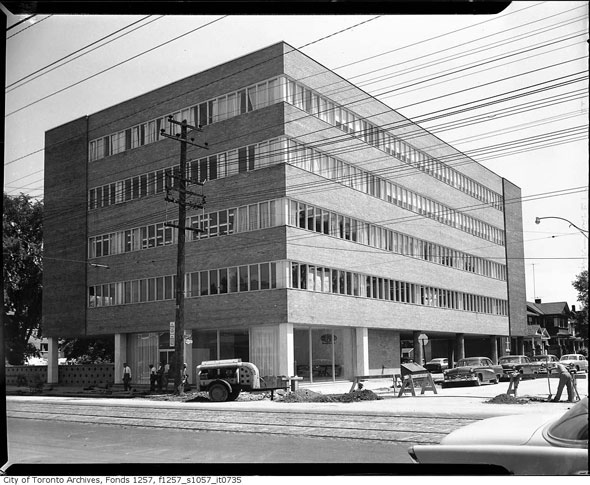 Just east of the main intersection at the southeast corner of Dunfield Ave. was the DuPont Co. of Canada Building. Despite the similarities, Dupont St. was named for George Dupont Wells (1814-1954,) the eldest son of war hero Col. Joseph Wells (1773-1853.) Davenport Rd. was named after the Wells' mansion. Wells St. and Wells Hill Ave. got their name from the same family. 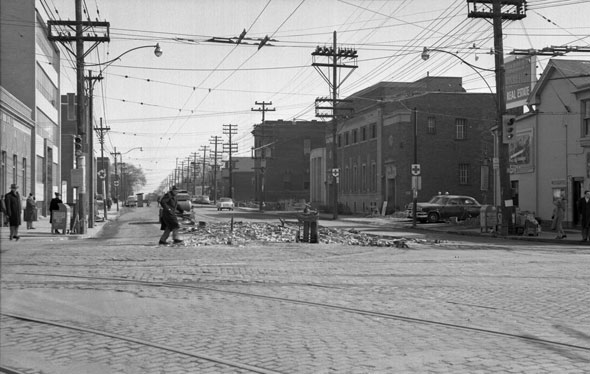 East on Eglinton from Yonge on 7 March, 1954, during the removal of streetcar tracks. That's a Dominion Bank on the left. The bank merged with the Bank of Toronto in 1955 to form the Toronto-Dominion Bank.